After a full afternoon of Kiteboarding World Tour ‘Air Games’ action on the first day, Saturday was scheduled for a start to the women’s competition. 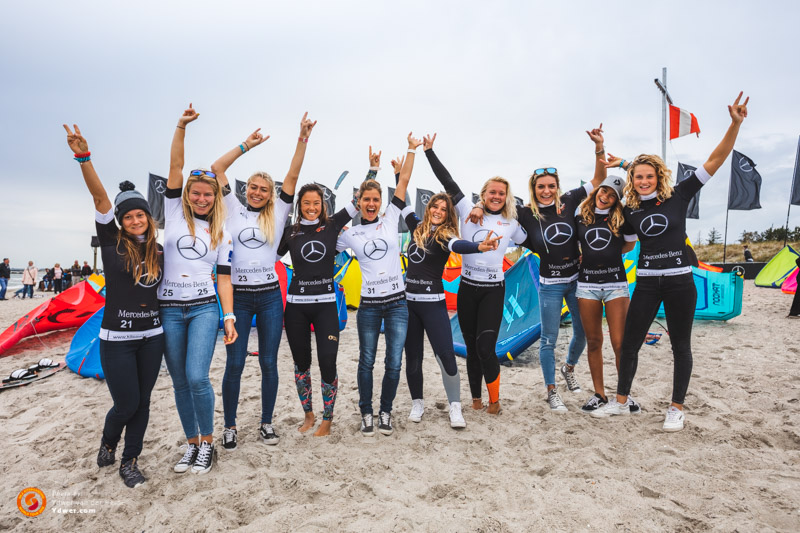 An initial start was made just after lunch as a storm front brought more wind, but before the end of heat two, the competition was abandoned with heats cancelled, however that wasn’t the end of the action. Focus instead switched to the second event – the daily Mercedes Benz Kicker Competition – which comes into action in the event of no wind or at the end of the day at beer o’clock. With good prize money up for grabs, the riders are even more keen to put on some entertainment for the big crowds here in Fehmarn.

Finishing 3rd in the single elimination main event yesterday, Swiss shredder Maxime Chabloz gained top spot on the kicker today with a frontside 540 behind the ski. Crowned where? In the hot-tub in the Mercedes pick-up truck of course!

The kicker comp is purely a fun extension of this event, it doesn’t count towards the World Championship. Here’s a slice of the afternoon antics. 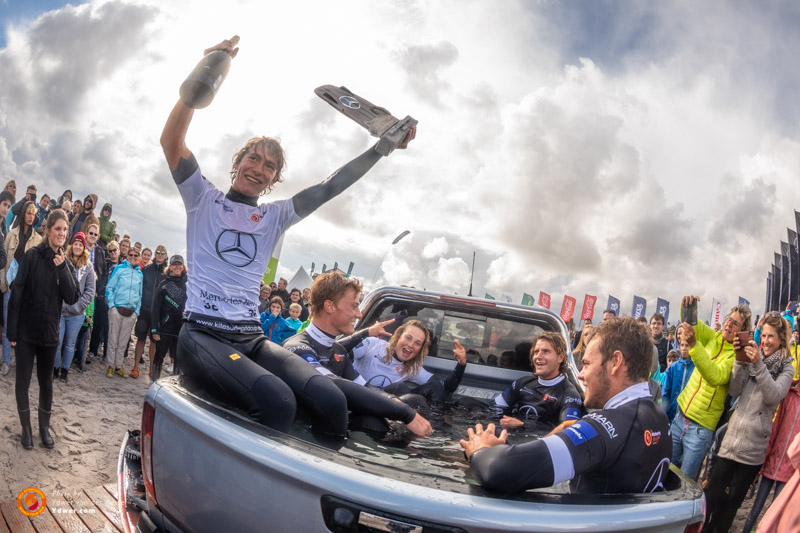 Maxime in the winner’s truck with the kicker crew