Ponta Preta gave up the goods today for a massive day of competition at the first stop on this year’s GKA Kite-Surf World Tour in Sal, Cape Verde. The riders picked up where they left off on Saturday, continuing with round one of the men’s division during which Sebastian Ribeiro, Airton Cozzolino and Paulino Pereira opened their accounts with convincing wins in their round one heats. 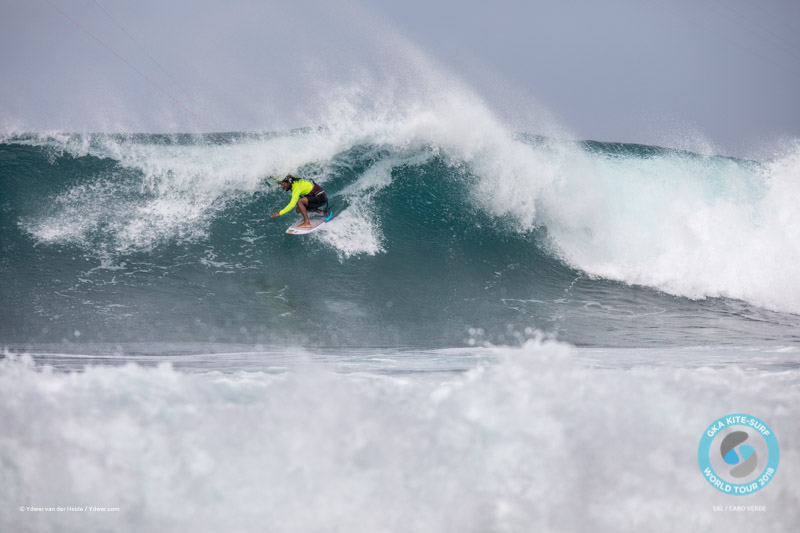 In round two, Gustavo Arrojo, Arsenio Dias and Tony Cili rode well in challenging heats to avoid elimination and stay in the competition and this was where we saw the first riders exit the event. (Check the day two video below for more details).

Round one of the women’s division came next with Jalou Langeree up first against local rider Didi Lopes in heat one. The Dutch charger won the heat and was impressive on her back hand, adjusting well after a full winter in Cape Town riding frontside. Portuguese rider Inês Correia lives in Santa Maria and is a local at Ponta Preta, so knows the wave inside out and she won heat two comfortably, before current GKA Women’s Champ, Moona Whyte, notched up a strong start to her season by winning against South African rider Lyde Heckroodt. 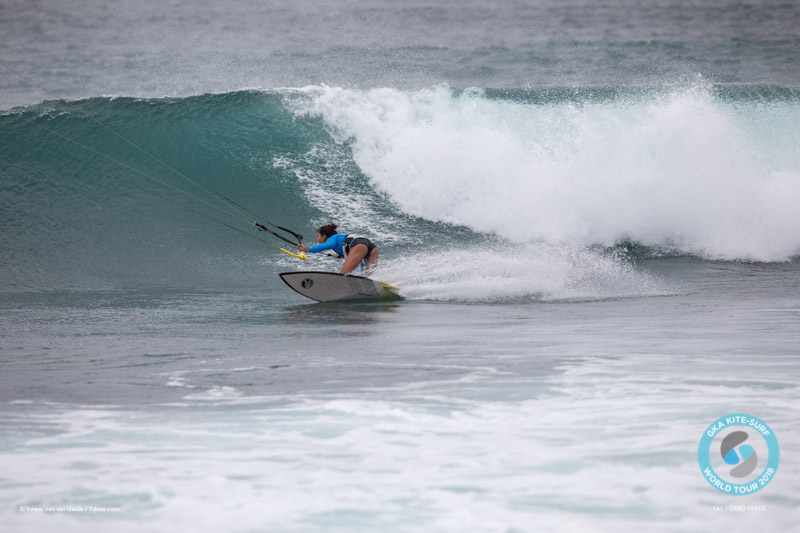 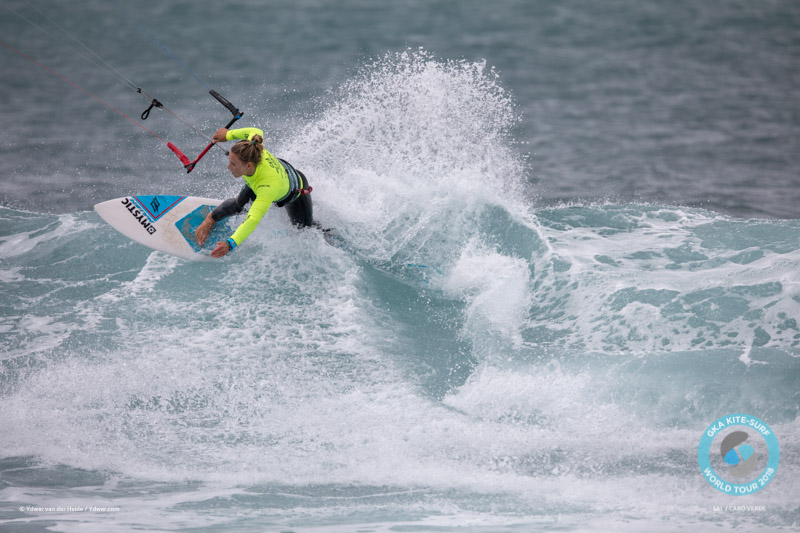 Then it was on to round three of the men’s division. Matchu Lopes and Mitu Monteiro showed their experience at this spot – despite Mitu having fewer quality waves to work with than he might have liked. They both won their heats to the delight of the local crowd who were out in force hoping to watch the home town heroes represent for Cape Verde. 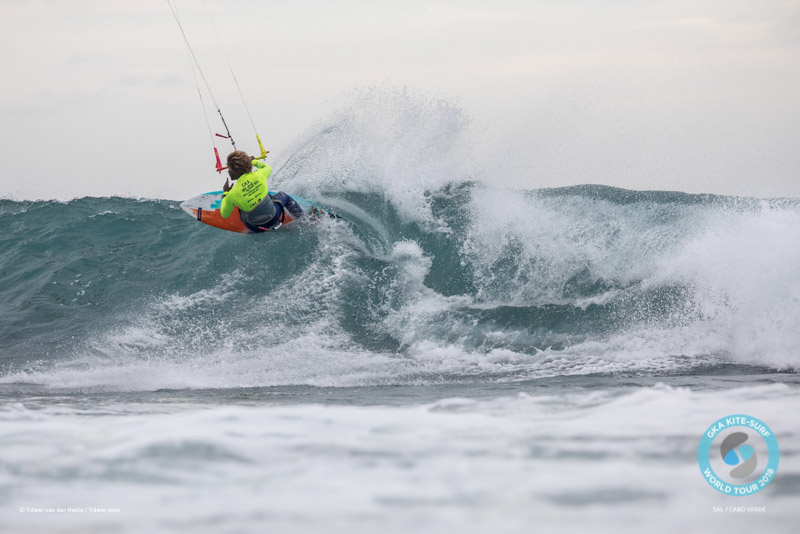 Keahi de Aboitiz was unreal in his heat against local rider Arsenio Dias, popping over rocks as he shredded down the line squeezing every wave for all it was worth. Following that the pace continued and the crowd went nuts for Airton’s round three heat which was, frankly, insane. At the end of a long ride that saw him link up powered top turns, a stylish floater and a grabbed aerial he then landed a trick that’s never yet been done in competition just before the wave closed out – a grabbed back roll off the lip which he landed on the wave’s face before kicking out as the crowd applauded. 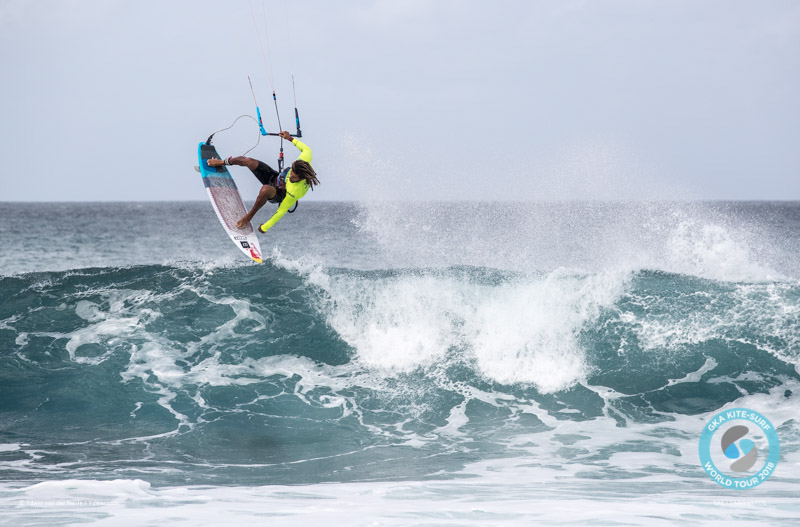 The last stellar performances of the day were from Paulino and Sebastian. Paulino nailed ultra-powered turns in some of the biggest waves of the day, sending the biggest spray off the lip we’ve seen up to now at this event and scored two perfect tens for his efforts! 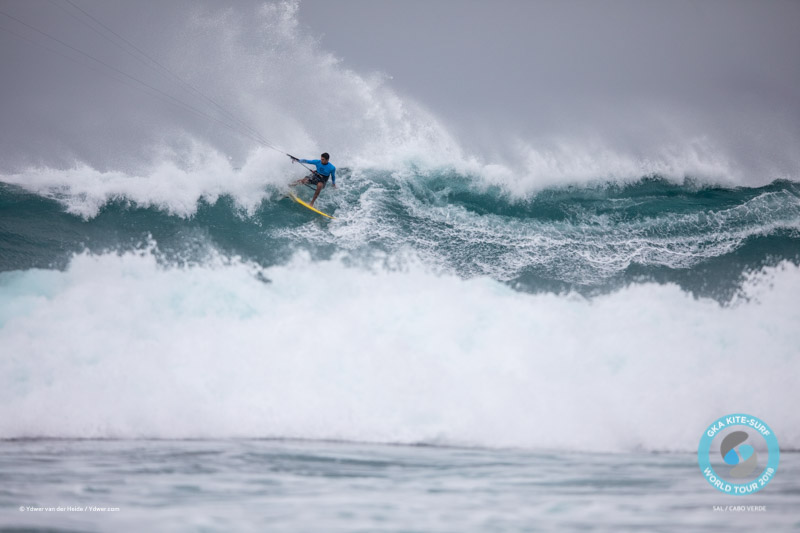 Sebastian was nearly as impressive. His round three heat was near faultless and his riding was precise with his super smooth surf-inspired style and impeccable wave selection that meant he always seemed to find himself in the right place at the right time and he racked up the points to win his heat convincingly. 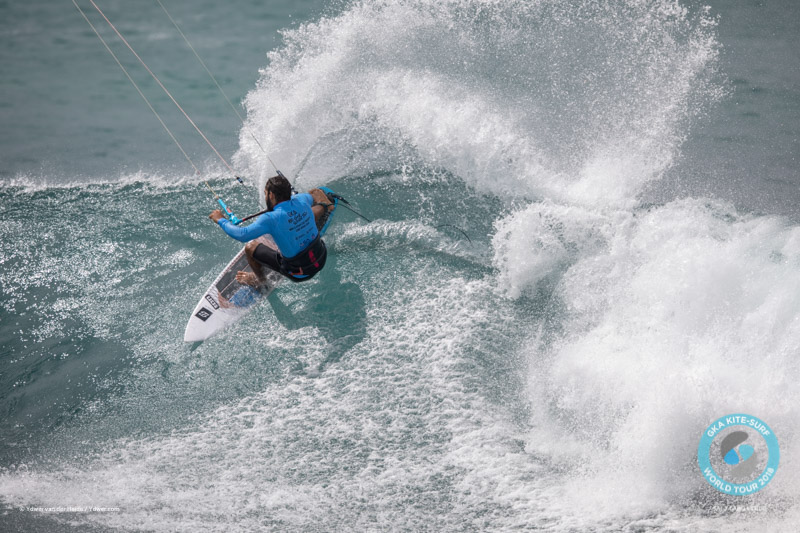 The action drew to a halt at 6pm as the sun began to set but, with the wind still blowing and the waves still pumping, so many of the riders headed back out for a stress-free freeride session to prepare for tomorrow –  away from the judges’ scrutiny – as we approach the semi-finals and the closing rounds of the competition.

VIDEOS AND RESULTS – Check out the day 2 action video which also has the heat ladders and results at the end.

VIDEO ACTION FROM DAY ONE:

Stay tuned to our socials and follow our Insta stories for heat by heat updates as the day progresses.