We’re getting down to the sharp end of the competition here at the GKA Air Games Cabarete and today we saw the competitive field whittled down to just six women and seven men as the final stages of the double eliminations beckon. 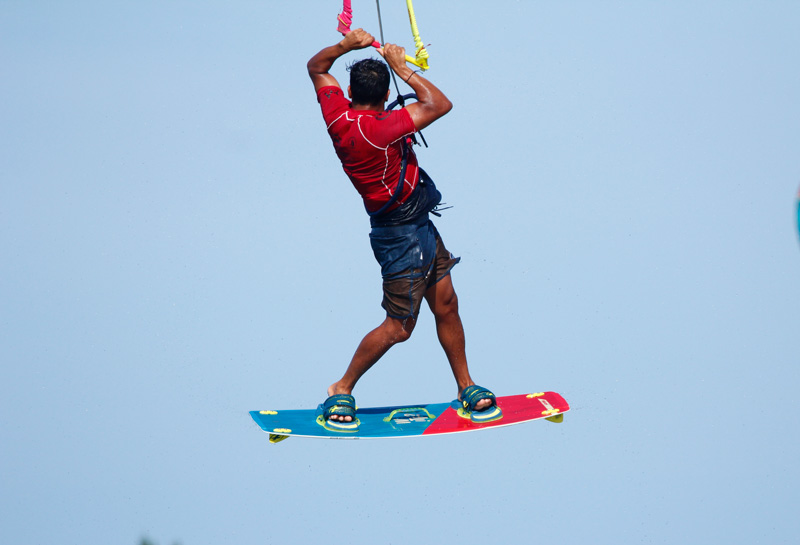 The men were on the water first and Set Teixeira, Carlos Mario’s long-time friend from back home in Cumbuco (arguably the kiting world’s other freestyle hotbed alongside Cabarete), won his first heat comfortably to progress to the second round. Unfortunately for Set, he then encountered F-One team mate and local rider Robinson Hilario and, while Set may have the upper hand in terms of technical freestyle ability, Robinson had him when it came to raw power and height and he took the heat knocking Set out of the running. 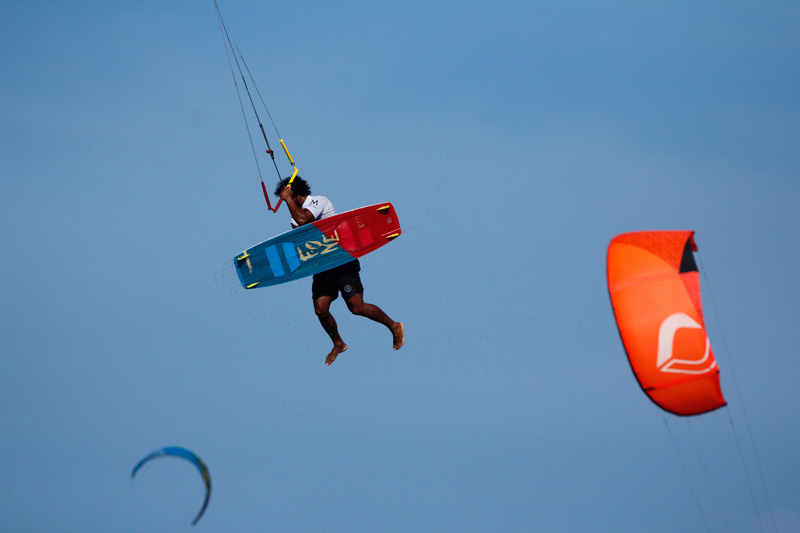 It was in this round that the Cabarete contingent began their charge up the elimination ladder and Luis Alberto Cruz was going all-out just as his performance yesterday had suggested he would. Huge airs and board-offs coupled with what was perhaps the biggest double-handlepass of the event so far saw him progress through comfortably to the next round where he would take on talented young Columbian rider Valentin Rodriguez. 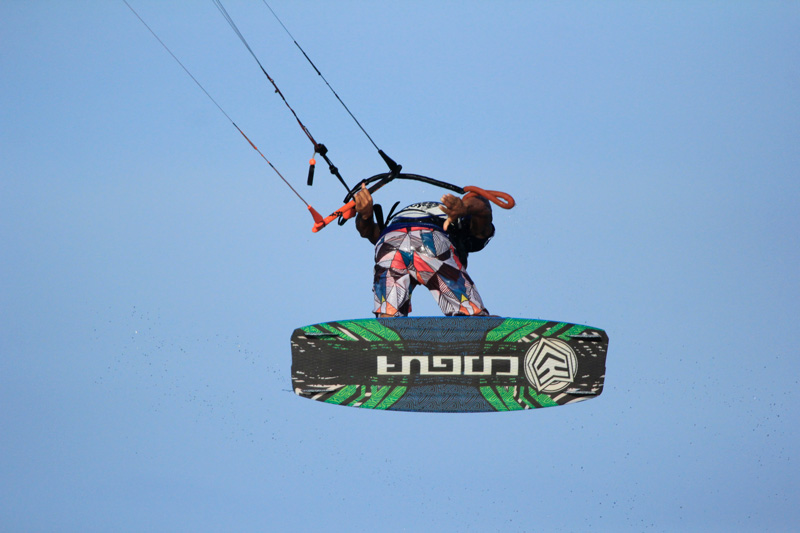 Luis Alberto Cruz is something of a triple threat when it comes to competition – experienced, well rounded and a rider who thrives on the pressure of taking out big names at his home spot!

Luis’ relentless onslaught of back-to-back crowd pleasers and huge air-passes continued and he dispatched Valentin to book his place in tomorrow’s final elimination stages. The last time there was a major international event in Cabarete Luis won it and beat the world’s top freestyle riders (all of them) in the process. The man’s flat-out dangerous when competing here at his home spot and we can expect big things from him tomorrow when he hits the water against Nicolas Delmas. 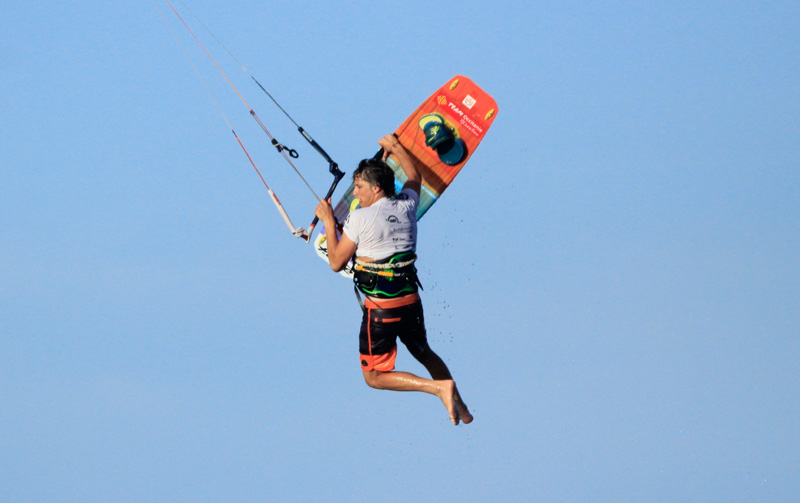 It’s never easy to have to change your gear at the last second but Louka adapted and overcame today!

Straight after that, Louka Pitot (riding borrowed gear which makes his performance all the more impressive) beat big air specialist Marius Hoppe by 0.02 points to progress on to the next round where he’ll take on Ariel Corniel or Robinson Hilario depending on the outcome of their upcoming heat tomorrow. It’s a big win for Louka, but he’ll have his work cut out against either one of these Cabarete heavyweights in front of a home crowd!

At the end of day four, these are the seven guys still in the mix! 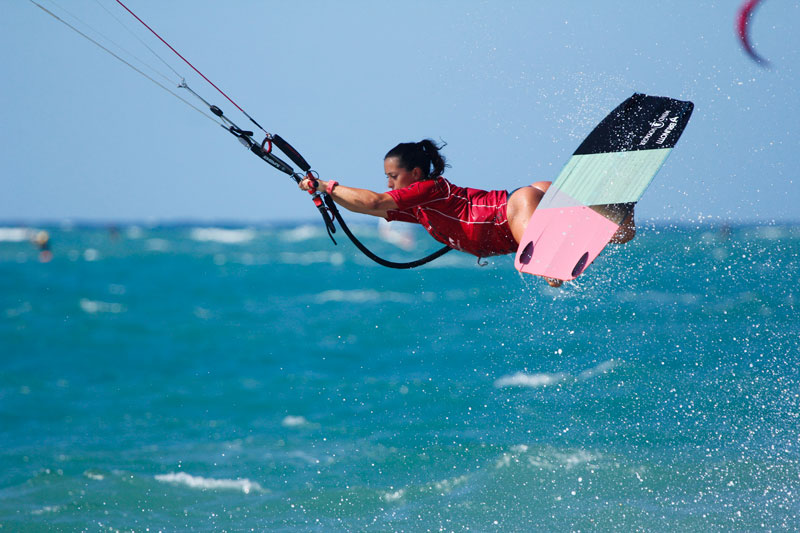 Rita Arnaus unhooked and, so far, unbeaten after two heats

Maureen and Pauline are very equally matched in the freestyle stakes, both of them having done well at WKL events in the past, but Pauline was just that bit smoother today and was landing bigger rotations and doing s0 a little more cleanly as well which helped tip the balance in her favour against Maureen. 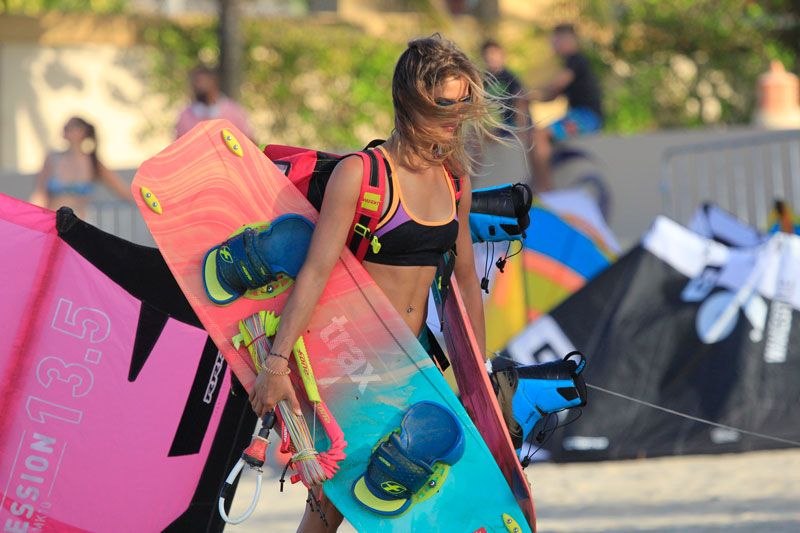 Pauline leaves the beach after her heat – cool, calm and pushing on!

Pauline will face Rita next as they both try to push up into the podium positions. Rita joked on the beach that she was going to break Pauline’s legs before their heat tomorrow but it’s pretty likely that she didn’t mean it (probably!). Here’s the six women who’ll be going at it tomorrow in the closing elimination heats.

CHECK OUT YESTERDAY’S HIGHLIGHTS BELOW

The double eliminations continue tomorrow on what may well be the final day of the event. Stay tuned to our socials for updates throughout the day!