Today was flat-out from the start and stacked with heats at the GKA Air Games Cabarete as 38 riders battled through the single-eliminations powered by the super-consistent Cabarete conditions.

After yesterday’s slow start, the riders were eager to get moving and the men’s division was up first with a posse of talented local riders taking to the water for the first time on the GKA Kiteboarding World Tour, all of them out to represent on home turf! 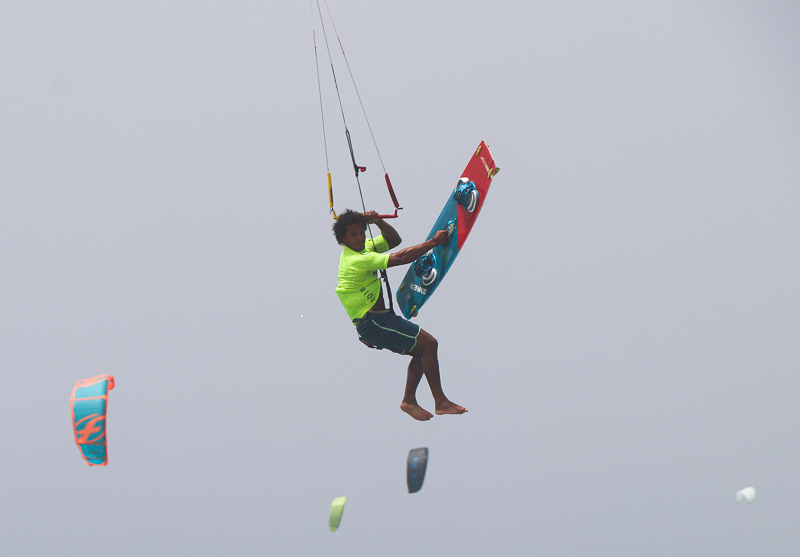 Robinson Hilario was impressive from the beginning, blending big airs with old school flair before switching to his wakestyle board with boots and stomping powered technical passes. This was a tactic we’d regularly see throughout the day, with riders making sure they’d racked up some high scoring, unhooked tricks before heading back to shore and going out with their strapped board and sending some airs (or vise versa).

In round two, the first riders began to drop and some of the tour’s top riders hit the water for the first time. Jesse Richman struck hard with a huge double half cab and Carlos Mario, who took third in Tarifa, exploded into the contest with powered double-handlepasses and a heart attack before heading back to the beach, grabbing his second board and sending some board-offs! Carlos isn’t known for this kind of riding, but this tour is all about finding the most complete twintip rider and today Carlos showed that he’s exactly that!

Next came the opening rounds of the women’s division and, after England’s defeat in the FIFA World Cup which had happened just before her heat, Hannah Whiteley was her country’s only hope for some international glory as she hit the water. And she delivered!

She’s a very capable wakestyle rider, but today she focused instead on huge kiteloops, some fully stretched-out board-offs and big rotations. She was pretty lit on a nine, but she ended up changing up to a 12 just to make sure she could squeeze maximum amplitude from her heats! 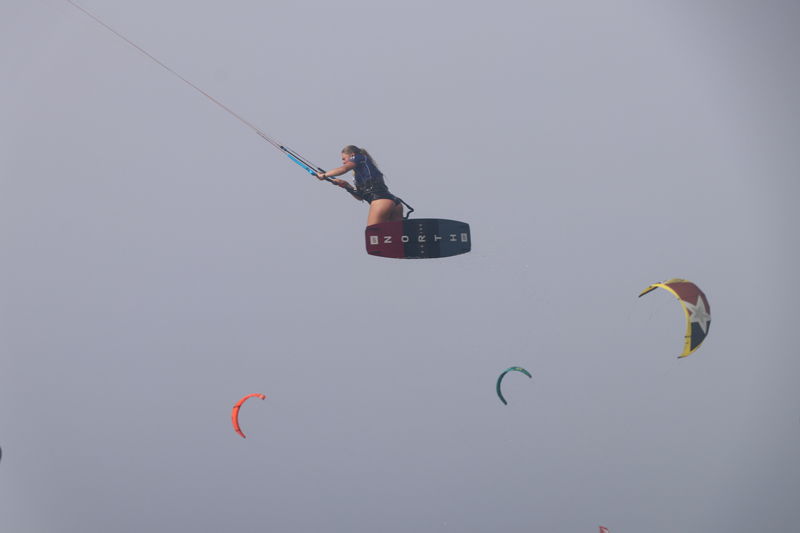 Hannah’s teammate (Hannah recently signed with Duotone) Mikaili Sol, the 14 year-old phenom who won the last event in Tarifa, then headed out and put in one of the most complete performances of the day. Cool and wise beyond her years, she explained afterwards that she’d just stuck to a game plan (no doubt influenced by her coach Fabio Ingrosso who was beachside when she hit the water). She ticked the boxes, landed the tricks she had to land and she knew that would be enough. And it was! 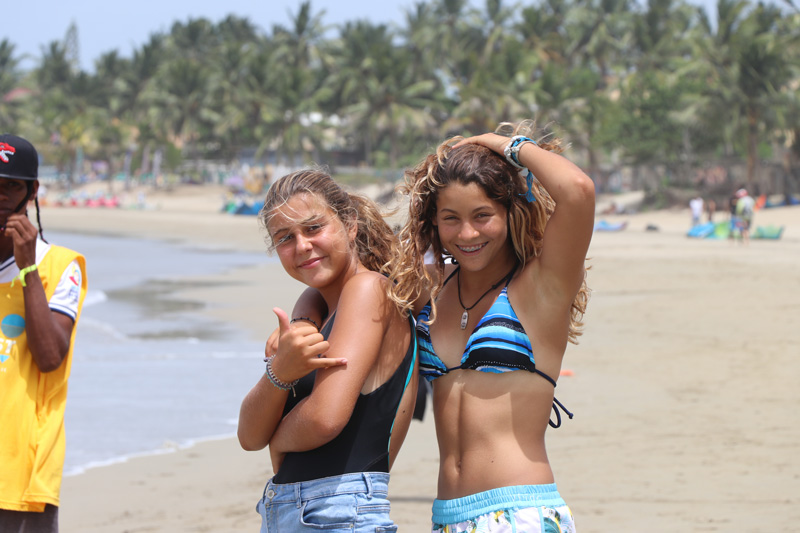 Mikaili takes it in her stride

Then the men were back in action for the semi-finals as the wind ratcheted up a notch and Carlos Mario stormed past Paul Serin with some of the biggest airs of the event so far to book his place in the finals – but who would join him? 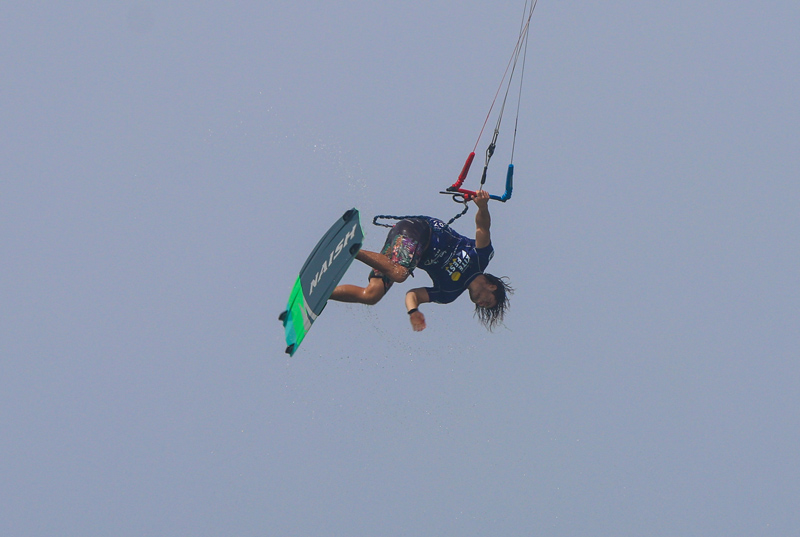 Richman soars in the semis

The last heat of the day would decide that and what a showdown it was to round out an epic day of competition. Current tour leader Jesse Richman went head to head with local hero Posito Martinez as the home crowd hit fever pitch and it was one of the closest heats of the event so far.

Jesse was coming down so hard that, after missing a handlepass, his leash broke sending his kite careening down the beach but he was straight back in action with his customary zeal. However, Posito wasn’t to be outdone and some massive board-off rotations in the closing minutes were enough to clinch the win for him and secure his route to the single elimination finals.

So today the riders will be back at it as they look to wrap-up the single eliminations before progressing on to the doubles in which all the riders eliminated from the competition so far will have a second chance to climb back up the ladder.

RIDERS THROUGH TO THE FINAL ROUNDS!

The main event continues today. Skippers meeting is at 10:00 with a first possible start at 11:00. Stay tuned to our socials for updates as the action kicks off!