MOVING FORWARD TOGETHER: Unified Forces of Nature (and Jesse and Kevin reach for the skies) – 19 April

Some things happen for a reason. Over the last three years, the GKA have yet to experience an event without wind (the GKA also runs the wave & strapless freestyle tour: the ‘Kite-Surf World Tour’). With luck, every event has always had wind. 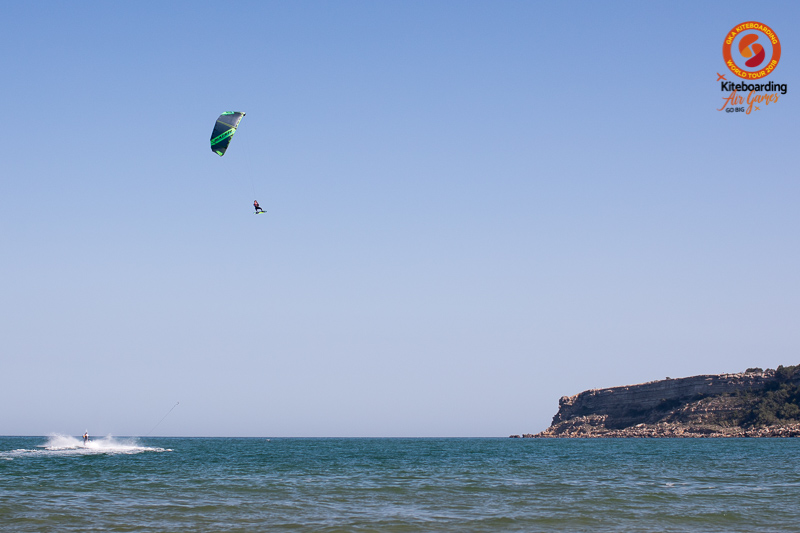 The ‘still’ Air Games – Jesse Richman on show yesterday afternoon. Scroll down for more on this!  / All photos: Toby Bromwich

The concept of this Kiteboarding ‘Air Games’ World Tour, held here in Leucate at one of the most consistently windy world tour stops in the last ten years, with some of the world’s most evocative riders, would surely deliver, right?! 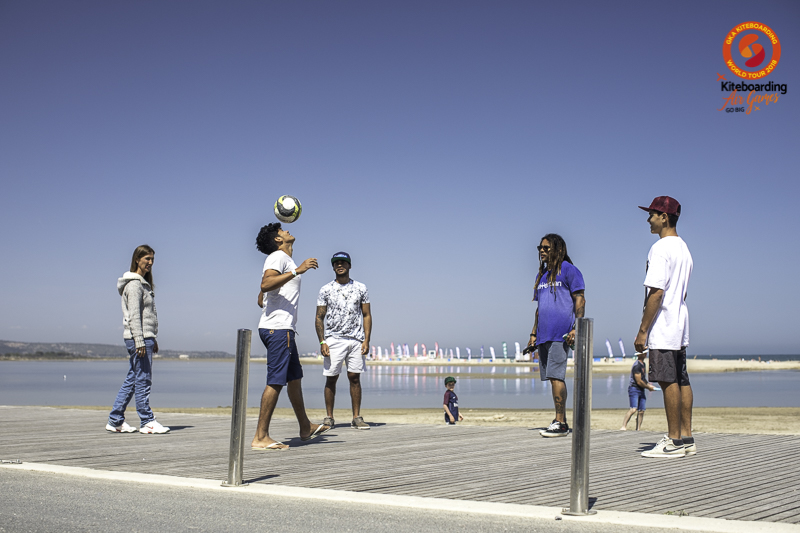 Well, so far the forecast hasn’t delivered contestable conditions for the last two days, and Thursday / Friday look light on the wind front, too. But let’s take a step back and look at what this tour is about and what it’s trying to do, and perhaps asking too much too soon isn’t destiny’s wish. 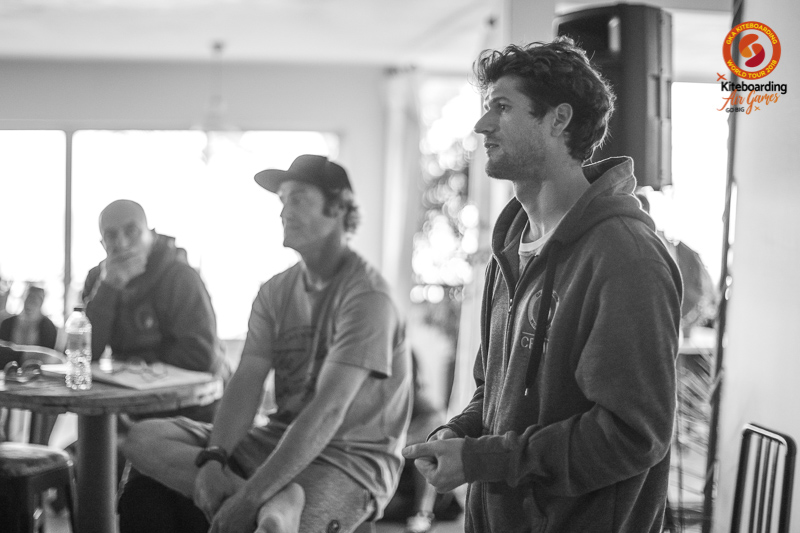 The essence of this tour is to find the most complete twin-tip rider. The industry and crowds demand entertainment and the riders want a solid base for credible progression. Clearly there’s a positive fusion here with the amount of high calibre riders who have come together for this first event. 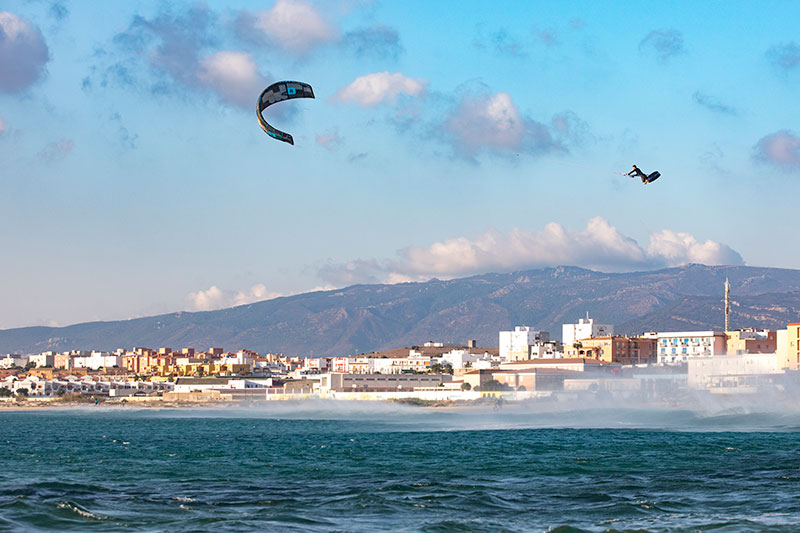 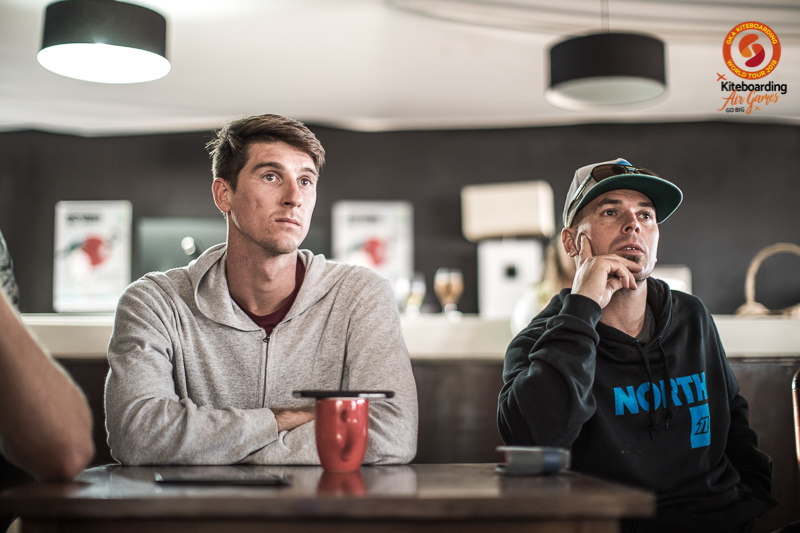 Last night’s official rider’s committee meeting has further solidified the unity and vision that’s shared amongst the event crew and the riders themselves.

Among the crew there’s a wealth of experience, including Jaime Herraiz who operates at the heart of the contest and riders relations. Jaime, one of the original Space Monkeys video crew who broke the mould in terms of the status quo for freestyle progression when the transition to the handle-pass era was made, was also part of the first ever group of rider’s representatives on the PKRA World Tour (Professional KiteRiders Association) around 2004.

The direction of that tour was always very democratic from day one, but perhaps over the years that dissipated. The GKA are determined to re-establish the unity and create this tour as a huge spectacle, reflecting the true nature of kiteboarding. 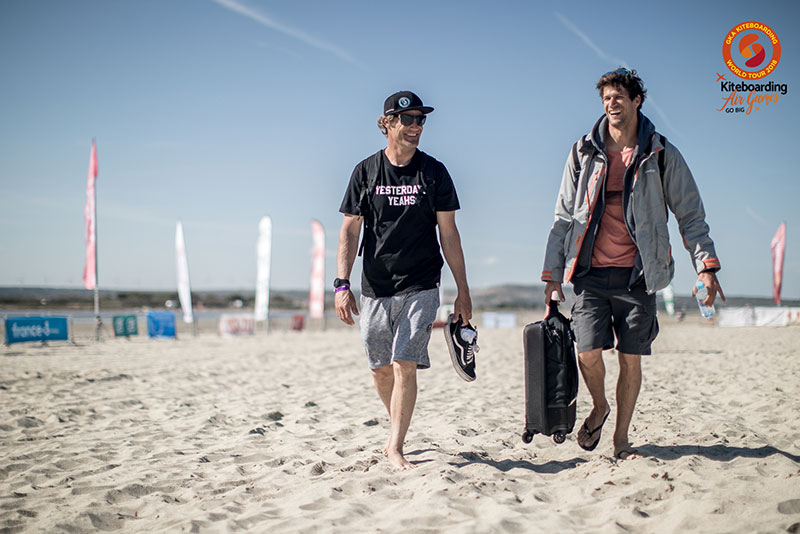 So although the direction of this tour is primarily about stripping back to the essence of the sport, to truly show the world just how all-round and entertaining kiteboarding can be, last night’s meeting and collaboration has officially seen large steps forward through the shared vision between the riders and organisers. 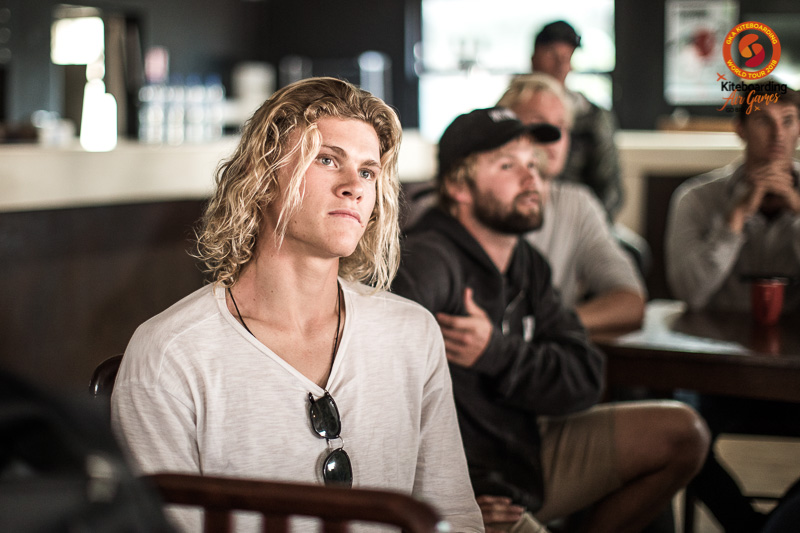 Core freestyle and wakestyle riders like Liam Whaley and Sam Light were particularly (and perhaps surprisingly) vocal on their willingness to adapt their styles to push their levels in board-off tricks to ensure a fair and even judging process. While big air fanatics like Kevin Langeree and Reno Romeu will once again push their freestyle handle-pass level to new heights. 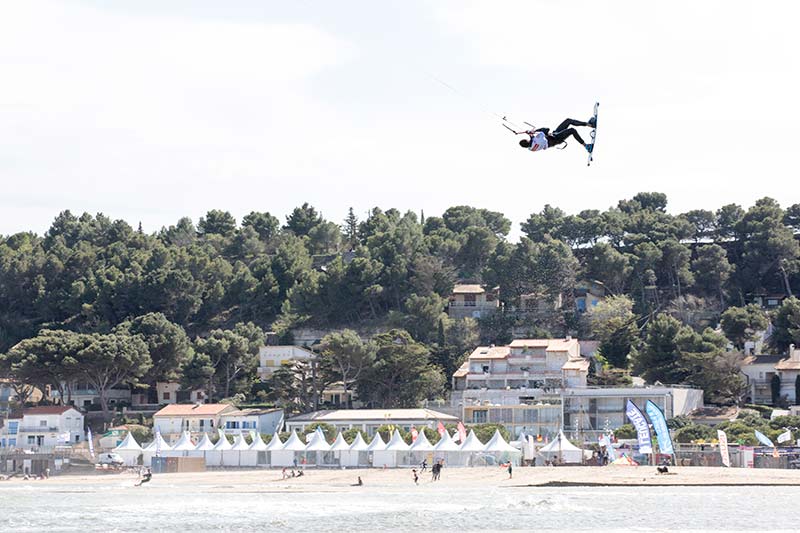 And height is the key, but so too are conditions – and the performances will adapt to what’s right for the winds. Make no mistake though: the over riding emphasis is on going big, but the show will be progressive, ambitious and clean. The contests on this world tour will start is no less than 15 knots of wind, going all the way up to who knows how high.

We will see the ultimate in riding progression towards crowning the most complete rider as World Champion over the coming years. Initially the requirement was for riders to complete three of these four categeories. Now it has been decided that the judging sheets will be filled by scores in all of these categories, adding massively to the show:

There will be extra points for overall impression (wow factor, innovation and risk etc.) but as riders have now voted by an overwhelming majority to have to do tricks in each of those categories in their heats, we can really let the Air Games fly! 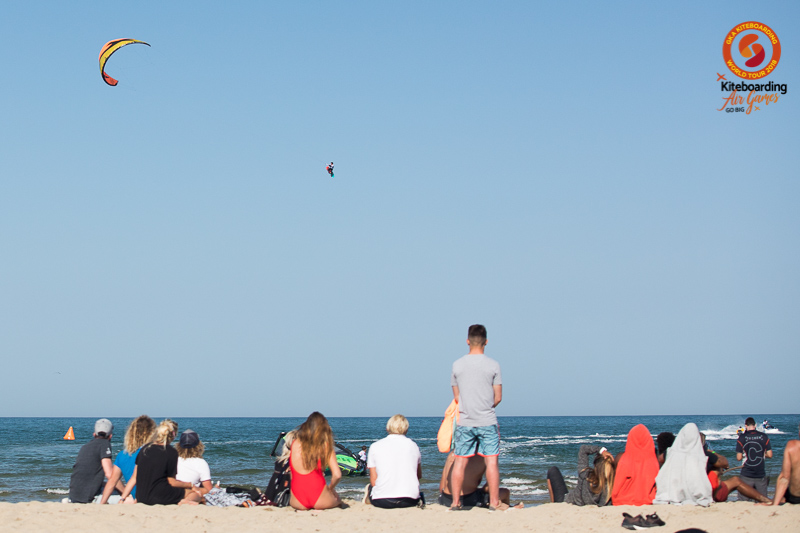 And by the way, if you’re looking for a show, then look no further. Over the last couple of afternoons (and for the next two days) the riders who find the flow in their blood have been training in the arts of kite tow-up and will put on a huge show for the Leucate / Mondial du Vent crowds over the weekend.

You’ll find a few videos on our social channels now, and you can watch this edit from yesterday’s session with Jesse Richman and Kevin Langeree now. Click here to watch on You Tube and here to view on Facebook.

The GKA will run a Kitesport Test Event at the Mondial du Vent Kiteboarding World Cup in Leucate from the 20 – 22nd April, next to the World Cup event area at Coussoules (see the map below) with the latest equipment available to test for free from some of the biggest brands – Naish, North, Nobile, Ocean Rodeo, RRD, F-One. 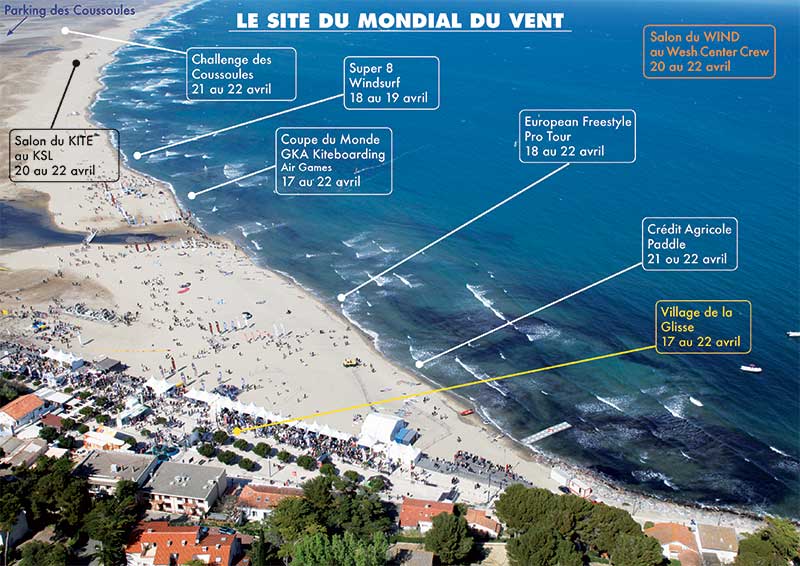 The second GKA Kite-Surf World Tour stop of 2018 begins the week after the Mondial du Vent in Dakhla from the 24 – 29th April!

Watch this teaser video to get up to on the standings and action.

Find out more about the GKA Kiteboarding World Tour and watch the promo video here.

See the line-up of coming events on the world tour here.

The contest is part of the annual Mondial du Vent festival in Leucate. A large watersports festival, the GKA will also be running a kitesports testival on site this week with many major brands – read more here.