The fourth event on this new world tour will be in Fehmarn at the Mercedes-Benz Kitesurf World Cup, one of Europe’s biggest kiteboarding events.

Jesse Richman and Carlos Mario are locked in a tight battle at the top for the title, but several other riders are close behind and still in contention should one of these guys not make the finals!

In the women’s, Mikaili Sol has beaten Hannah Whiteley in two finals so leads the way, so her fate is in her own hands.

Friday 24th August was the first day of the event. Once registration was complete and with good conditions for the afternoon the full men’s single elimination ran to completion. Read the full report and see the video here.

Flick through a full action gallery with caption commentary here.

The riders who have registered to compete in Germany can be found in the gallery below. Click an image to enlarge the gallery.

Find details of the site and the huge World Cup village here.

Prevailing southwesterly winds blow in from the right and can get pretty strong as the summer turns to autumn at the end of August.

Flat water on the inside, short chop on the outside and prevailing cross-offshore wind make this an ideal location for spectators with riders coming close in to the beach! 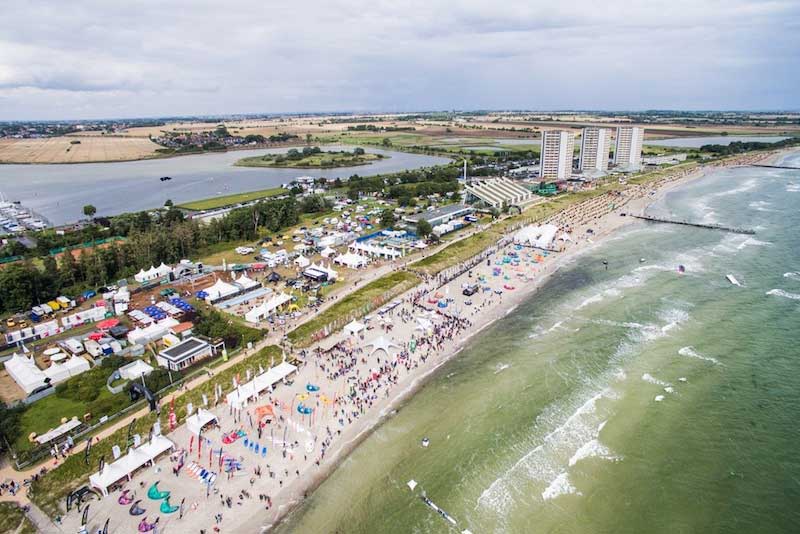 This is the first year of the GKA Kiteboarding World Tour and this will be the fourth event of the season.

Pre-Registration is not open yet