After a few days of faltering winds, a fair bit of waiting and consistent but mostly onshore surf, Point Danger delivered cross-off winds and peeling waves for an epic final round in the men’s single eliminations.

On the last day with any reliable wind on the forecast we watched Keahi de Aboitiz beat Sebastian Ribeiro in a world class final to take the KSWT Torquay title (and on his birthday no less). 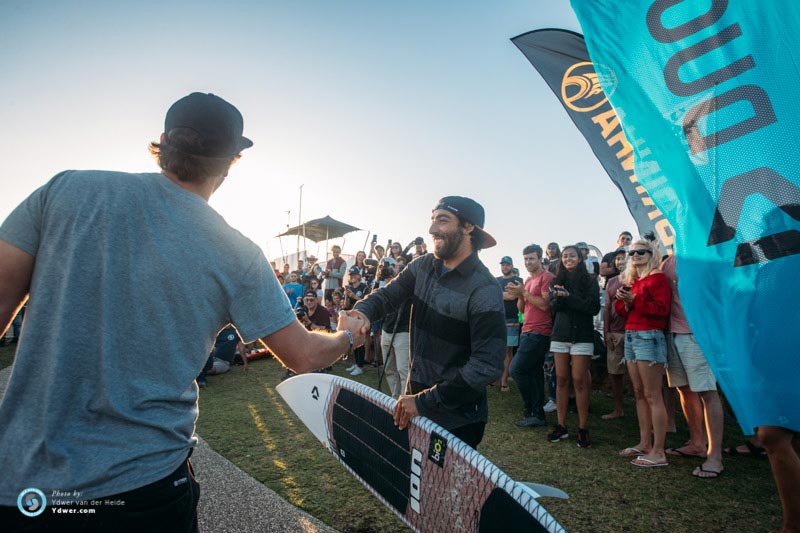 The women’s single elimination had wrapped up the day before and their results were announced alongside the men’s with Jalou crowned the winner after a testing single elimination round that saw the women competing in some of the toughest conditions of the event at nearby Thirteenth Beach. 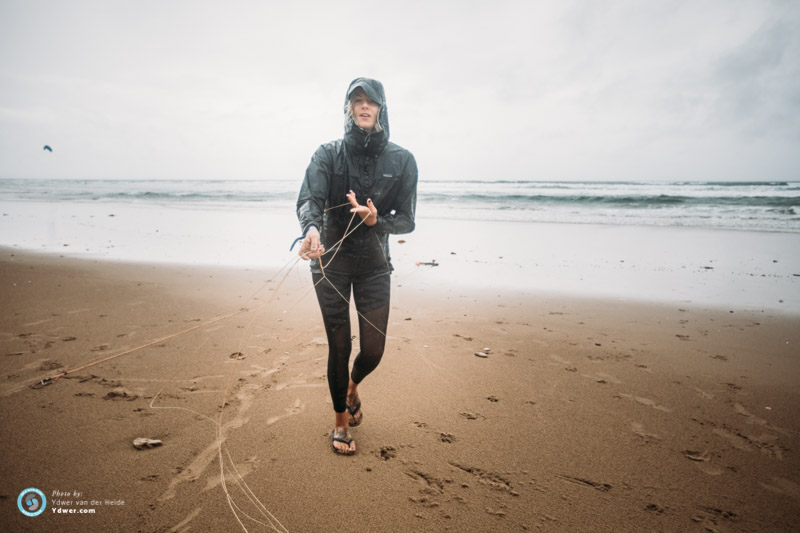 Today the riders were back on the point at 08:00 AM for a possible start to the double eliminations but, although there were clear blue skies and some beautifully clean lines rolling over the reef, the wind wasn’t up to strength and there would be no more heats run on the final day of the event.

With no doubles being completed, the results from the single eliminations now count as the official results for this event which makes Keahi and Jalou the first ever KSWT Torquay winners!

Jalou’s win here also secures her first ever GKA Kite-Surf World Tour Title after a hard fought season in which she’s battled Moona Whyte and Carla Herrera Oria for the top spot since the first event back in February in Cape Verde. 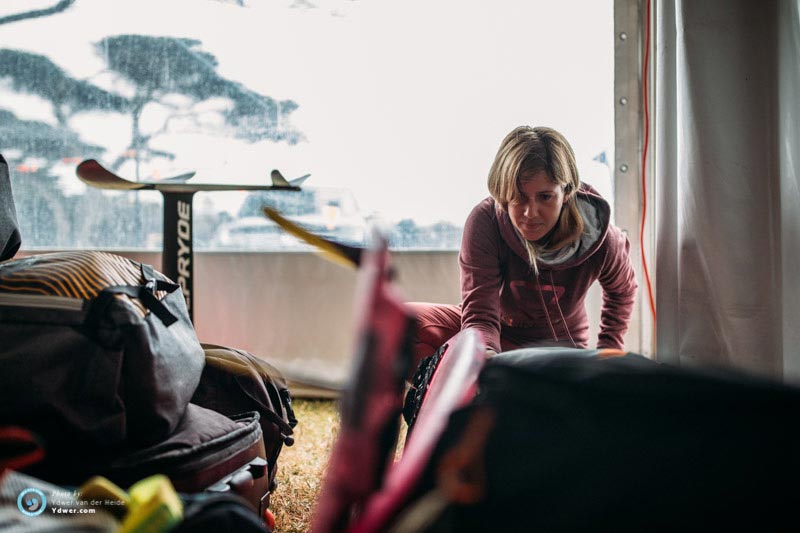 Carla finishes the year in second, a strong result for her given her relative inexperience in the waves before she joined the tour in 2017. With Jalou currently planning a break from competition in 2019 you can bet Carla’s eyeing her chances at a tour title next season! 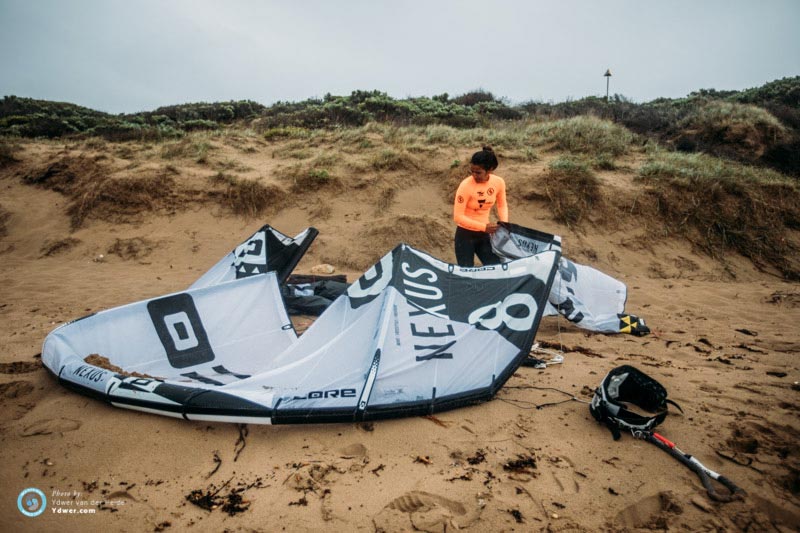 Charlotte Carpentier had a challenging time of it at this event crashing out early in the single eliminations after losing to Australian rider Jennie Milton. This has been an impressive debut year for her on the tour though and a series of steadily progressing strapless freestyle performances throughout the season had given her a good base of points before this event began so she retains her third place position overall. 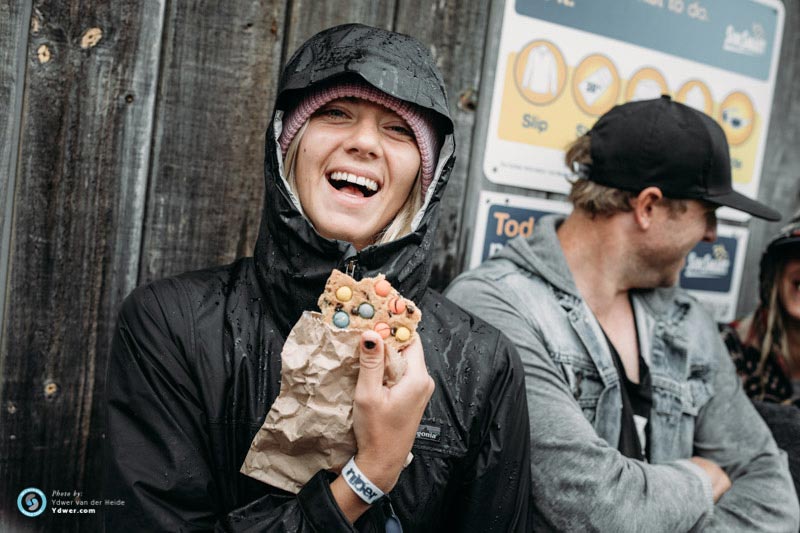 Johanna Catharina Edin will no doubt be overjoyed with her performance this week. She scored third place and although it doesn’t move her any higher in the overall rankings she still finishes the season in fourth and that’s a solid final position at the end of her first year on tour. She’d aimed for a top five finish and she stuck it. Let’s see if she can build on that in 2019! 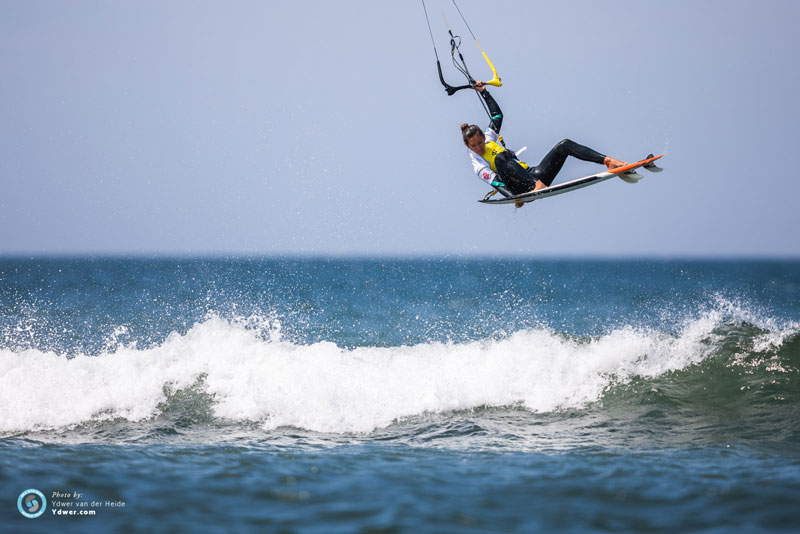 Moona on the way to first place in Viana do Castelo / Photo: Ydwer van der Heide

Moona Whyte sadly missed this event and last month’s KSWT Brazil after injuring her back at home in Hawaii but second place earlier this year in Cape Verde and two first place finishes in Portugal and Viana do Castelo had seen her already amass enough points to round out the season in fifth place.

In the men’s division there’s no change at the top and Airton, who started this event with an unsurpassable lead, still finishes the season in first place with his second KSWT World Title in the bag! 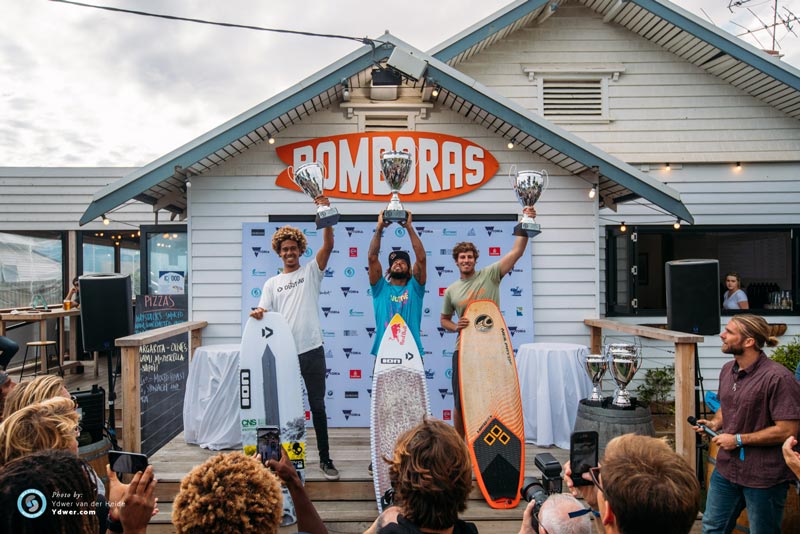 It’s been a huge year on tour for him during which he’s proven himself close to unbeatable in the strapless freestyle stakes while also showing that he’s able to win convincingly in the waves after his victory at the opening tour stop at Ponta Preta in Cape Verde. 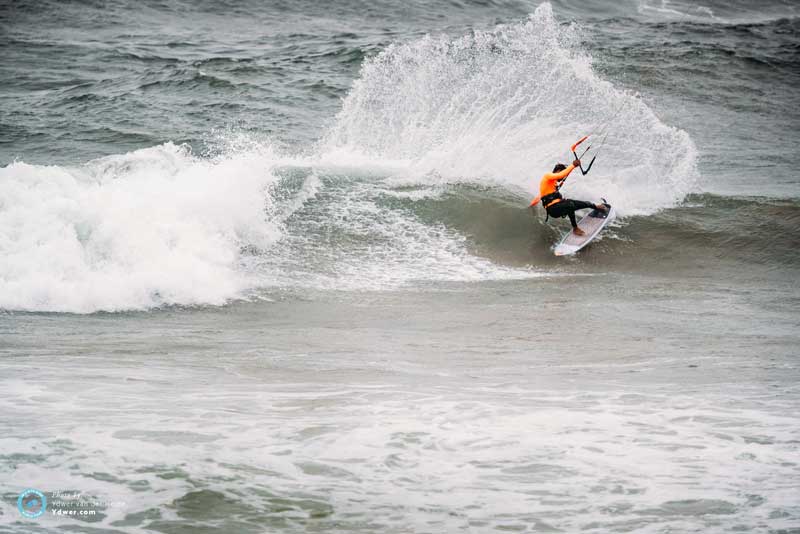 He started this season hoping for a clean sweep at the title and it hasn’t quite worked out that way but with five wins from seven events he’s not had a bad run at it!

This isn’t the first time Keahi has pulled the rug out from under Airton at a final event though and his victory here means he now takes second place overall ahead of Matchu. In 2016 he beat Airton in the final event in Dakhla and last year he won the final event in Mauritius to deny Airton a clean finish on the way to his first ever KSWT title. 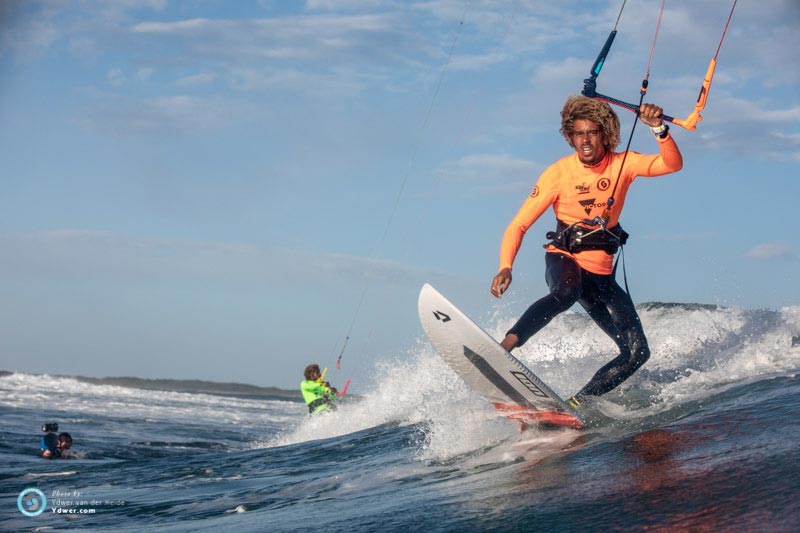 So Matchu now finishes 2018 in third overall while Mitu Monteiro retains fourth. After yesterday’s final, Mitu admitted that he’d been eyeing a top three finish for this season and a win at this event would have secured that for him but it was not to be.

You can bet he’ll be coming back even harder next year though and we all know he’s still got the ability to take event wins so let’s see what he brings to the table when the tour kicks off in Cape Verde in February 2019! 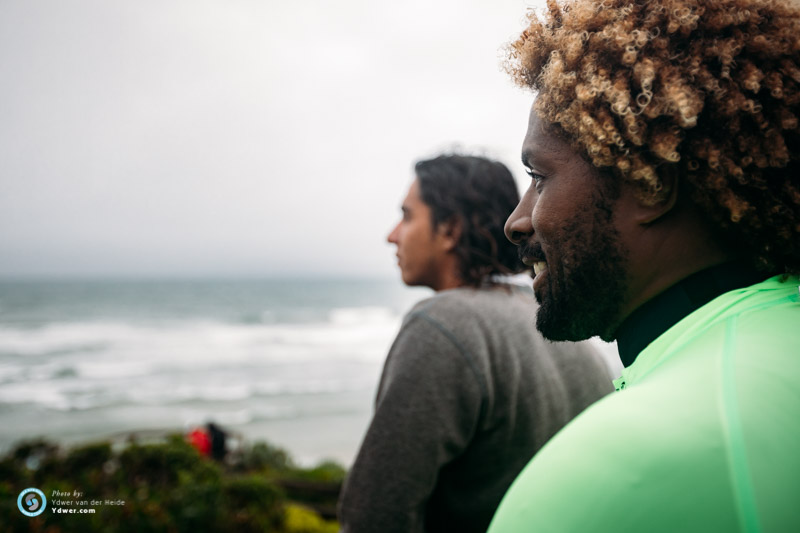 Mitu’s F-One teammate Camille Delannoy came into this event fresh off the back of the KSWT Brazil where he had his best performance in the last two years taking second place against Airton. Here in Torquay he made it to the semi-finals earning himself enough points to finish the season in fifth overall. 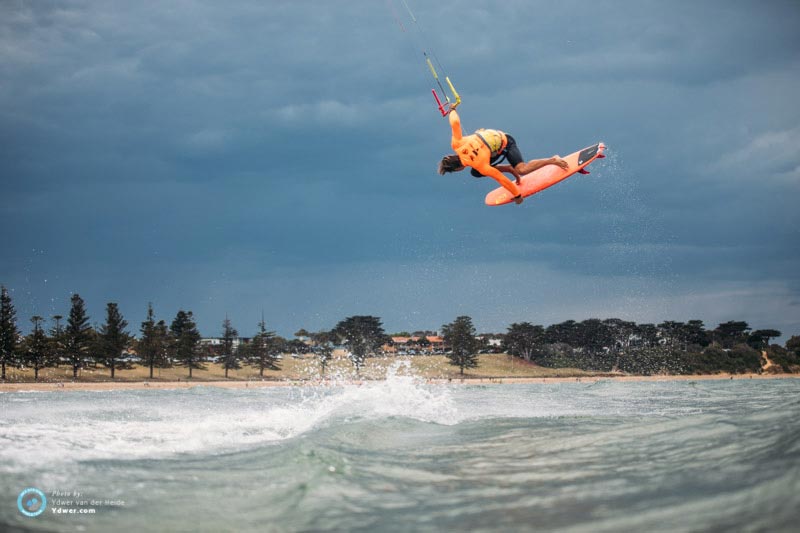 Camille on day one at the KSWT Torquay / Photo: Ydwer van der Heide

Camille’s been pushing hard to make it into the top five this season so he’ll be happy with his final standing and, at just 19 years-old, he has a bright future if he can keep building on his 2018 successes. 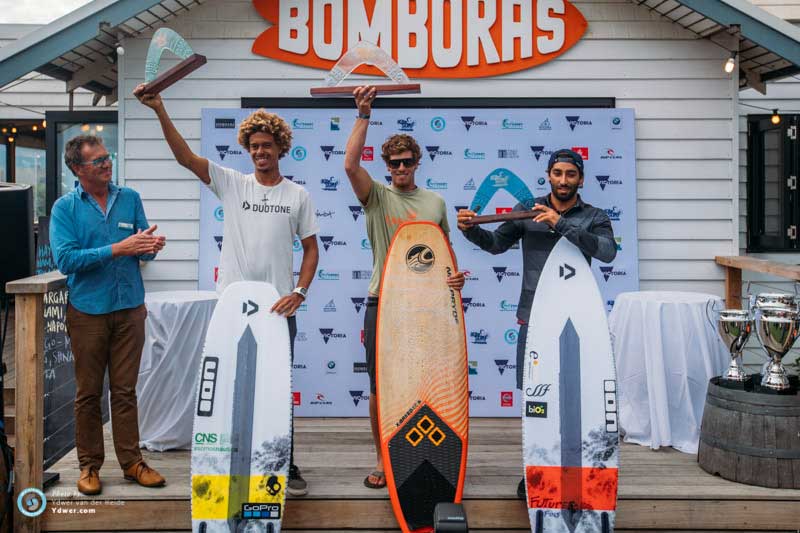 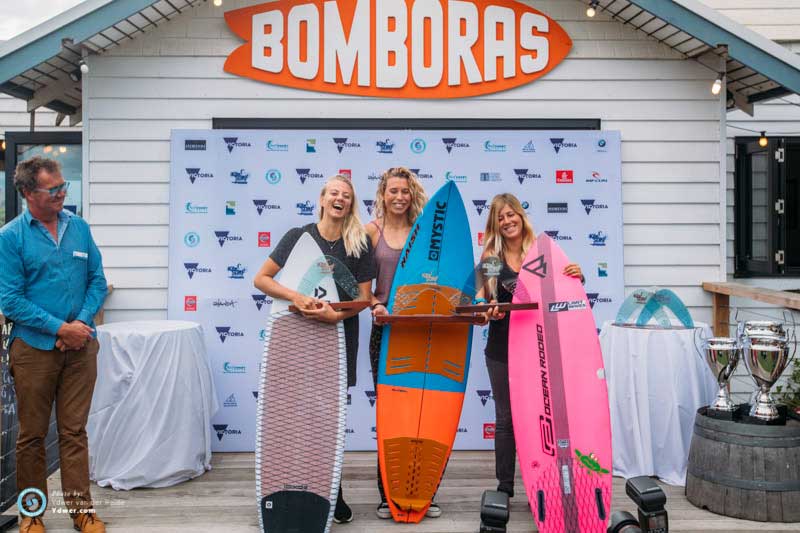 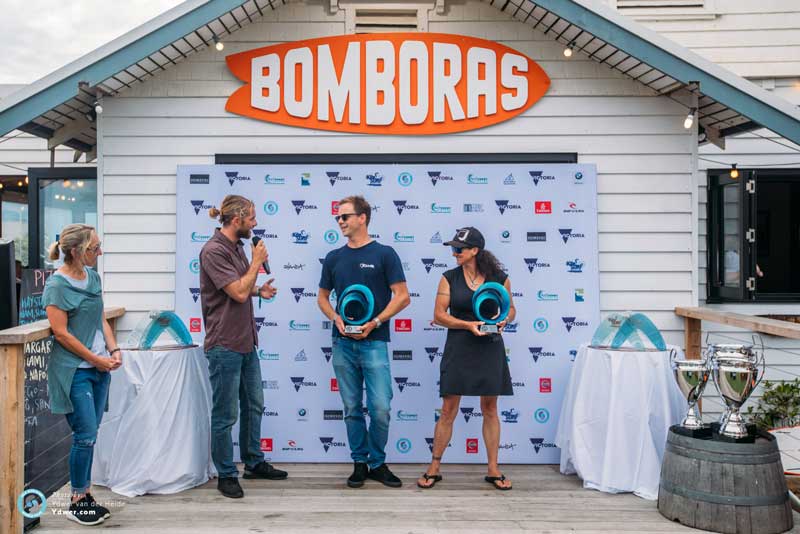 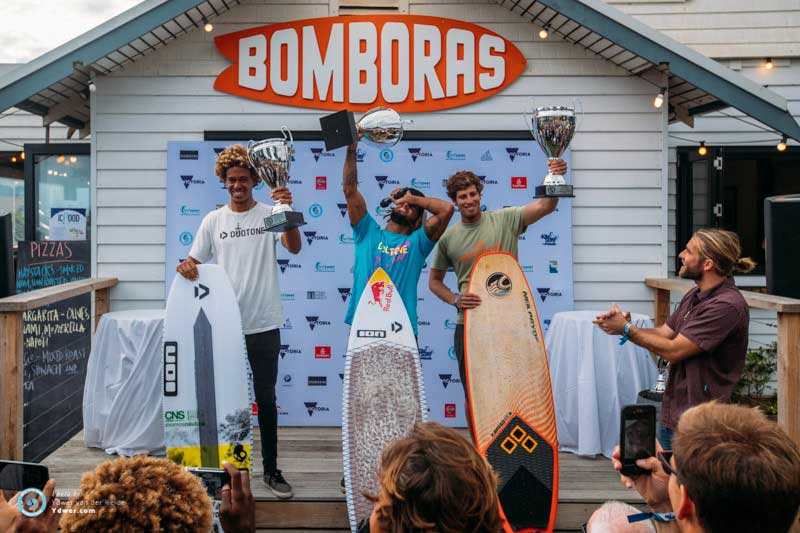 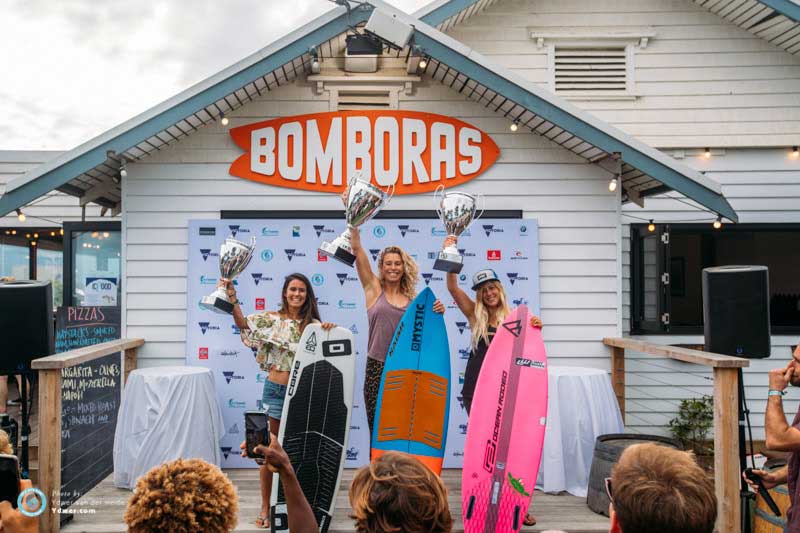 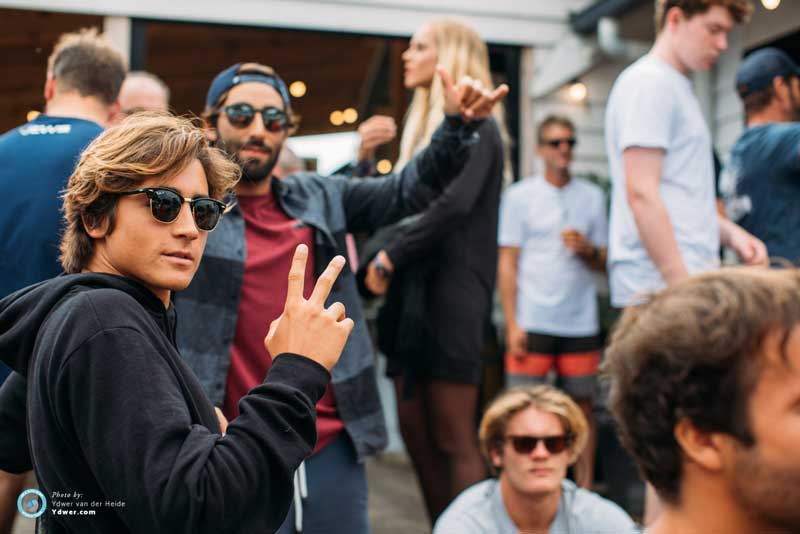 So with no competition today and the final tour standings confirmed, it was on to the closing party this evening at Bomboras Bar on Torquay seafront overlooking Point Danger.

It was an awesome location to wrap up the event as the people of Torquay have really welcomed the tour into their beautiful town with open arms this week.

Everyone who’s a part of the KSWT talks about the family feel of the tour and it was amazing to finish the KSWT 2018 season up here on the Surf Coast – a place with such a storied surf and water sports history.

Keep an eye out for the full action highlights reel coming up!