The Big Send-off Session in Cabarete 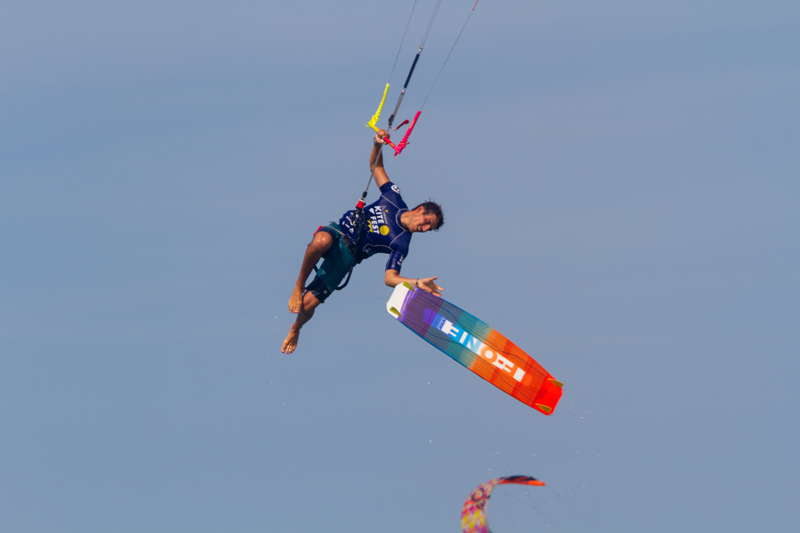 Paul Serin – Board-off board spin and product placement on point

With the main even wrapped up yesterday, today it was all about the Best Trick competition. The riders would be released on to the water one at a time, with the chance to go for one old school trick and one wakestyle / new school manoeuvre to make up their score.

There were two real standout riders in the men’s division – Luis Alberto Cruz and Carlos Mario. Carlos was going bigger than anyone and landed a beautifully clean ‘sent’ triple handlepass and he was gunning hard for a final shot at some glory after such a strong showing in the double eliminations. 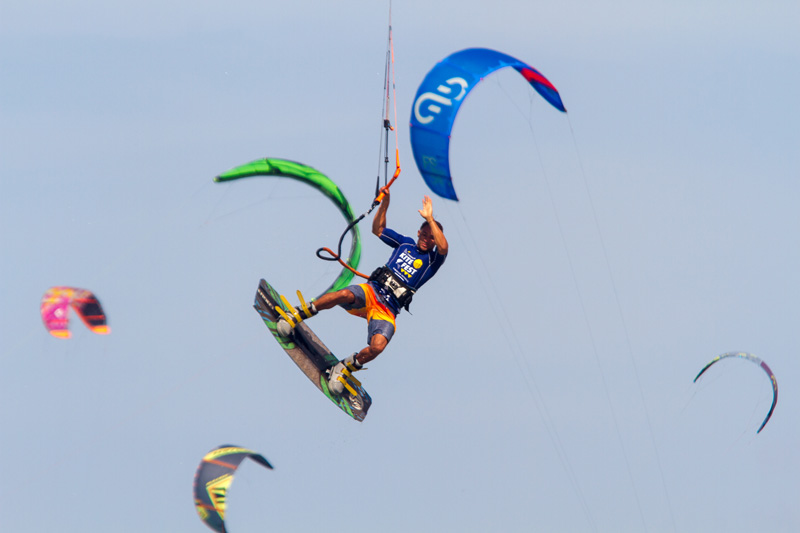 Luis Alberto Cruz goes for his triple handlepass – and sticks it!

However, Carlos Mario then exploded on to the water with a kiteloop nine (a trick that could easily score him a ten from the judges in any heat) and then he landed a tweaked, clean double front roll board-off to follow up.  High scoring tricks in both the new school and old school categories. Nobody match him today! 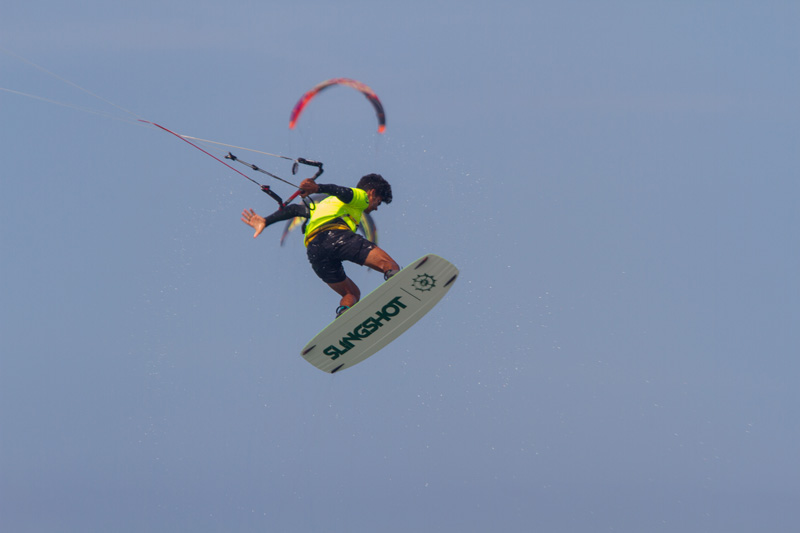 The men and women were riding in alternating heats and Pippa Van Iersel, who was consistently strong at this event taking third in both the single and double eliminations, then impressed the judges with a big blind judge and a kiteloop. This was a step up from what the other girls had done so far, the level had just been raised. 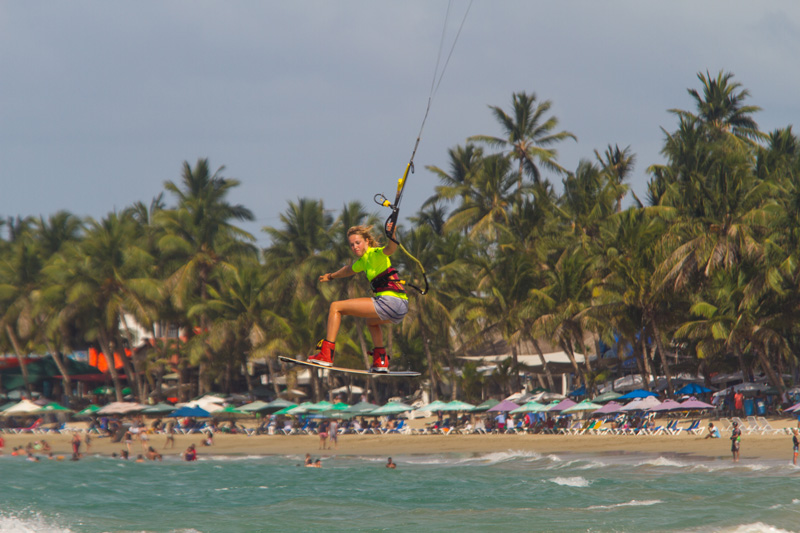 Hannah had landed a smooth board-spin board-off and answered back to Pippa’s blind judge with one of her own but it wasn’t as big so then it fell to Mikaili Sol to try and take her second podium. 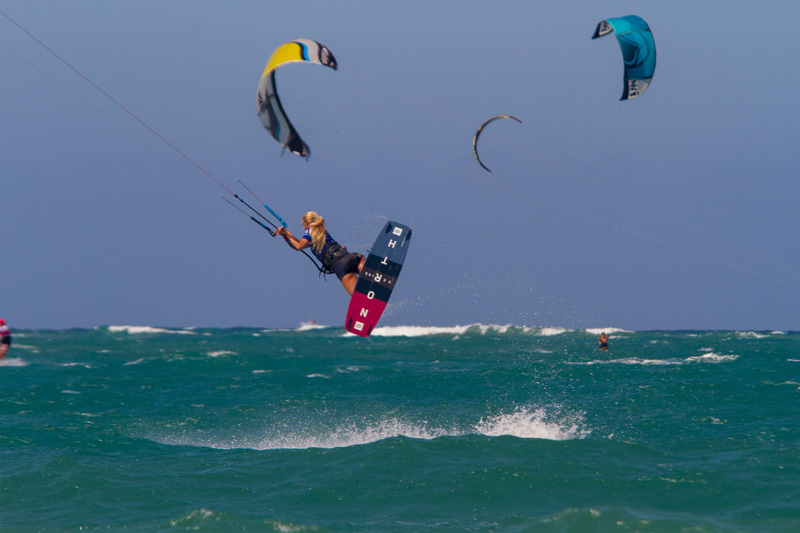 Mikaili stuck a nice slim chance and as she would be the last rider to hit the water she now had a real chance at taking the win. She lined up for her board-off and sent it but she scrubbed out hard on the landing so walked away with no points and, because she had no ‘old school score’, she’d have to settle for third. 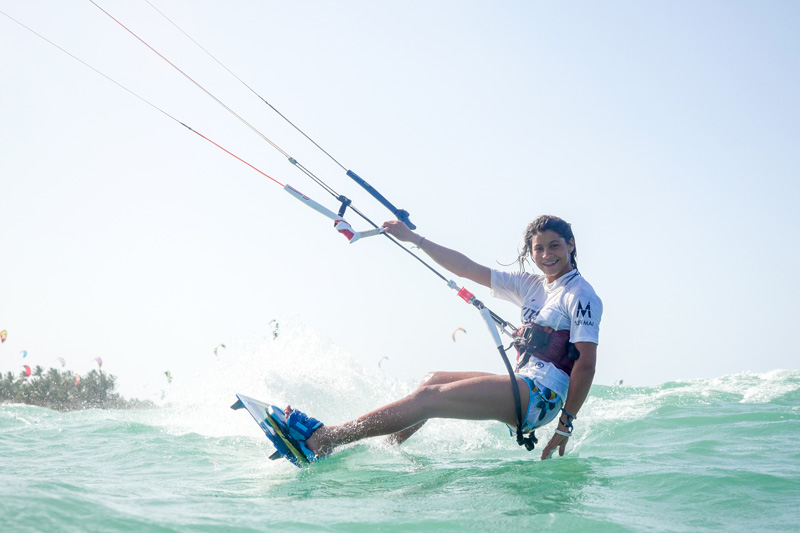 Sol still stoked – You can’t take every podium after all…

So, at the end of that Carlos and Pippa took the wins after one hour of back-to-back bangers from the event’s top scoring riders!

Find full rankings here and get ready for the next event in Fehmarn, Germany, from 24th-28th August!