The excitement around the build up for the Tarifa Strapless Pro, the first event of this year’s GKA Kite-Surf World Tour, has been palpable since the end of the 2016 season in Dakhla where, although Keahi de Aboitiz claimed the event win, Matchu Lopes finally lifted the overall trophy.

Today we witnessed the start of what’s sure to be a hotly contested tour after the agreement was reached with World Sailing earlier this year to allow the GKA to crown an official ‘wave’ World Champion.

28 riders from around the world converged on Valdevaqueros beach in Tarifa on Wednesday morning to register for the event and, at 1.30pm, GKA Secretary General JÃ¶rgen VÃ¶gt, race director Juan Antonio Aragon and head judge Dani Jimenez addressed the riders, explaining the event format as well as outlining the plans for the tour ahead. The GKA organising team have worked tirelessly on the lead up to this first event and now, with four stops confirmed, the riders cheered at the prospect of a fuller schedule of events to focus on across the coming months.

Of the 28 riders registered for the event, 12 had prequalified off the back of their ranking on last yearâ€™s tour and would go straight to the main event, four local wildcards completed the 16 who automatically who would meet the riders that successfully battled it out in the trials.

The 12 riders in the trials were divided up into four heats of three, and each rider, regardless of who they were riding in a heat against, would be given a ranking. The top eight would make it through to the main event. Four would be leaving the event today.

The trials took place in 15-18 knot ‘Poniente’ winds from the right and saw local rider Carla Herrera Oria, one of only two female riders in the event that lined up to compete against the guys, beat Elvis Nunes (CV) and Bulgarian kiter Nicola Abadjiev with a varied display of technical tricks that included kiteloop board-offs and crazy horses to the crowd’s delight.

The wind dipped a bit after the first two heats and riders in the third qualifier clearly struggled in the lighter winds, but things improved in the final heat in which another local rider, Gustavo Arrojo, impressed the crowd and the judges with grabbed front rolls on both tacks and stylish tricks pushed right into shore.

START OF THE MAIN EVENT

Moving straight on after the qualifiers we progressed straight into round one during which the newly qualified riders would go head-to-head with the heavy hitters from last year’s tour. In heat one Ralph Boelen (FRA) put on a polished display of technical tricks before Tarifa resident Jan Marcos Riveras (originally from the Dominican Republic) took first place in heat two while being given a run for his money by 17-year-old wildcard Kiko Roig Torres from Valencia.

Heat three saw Cape Verdean legend Mitu Monteiro show his class with an impressive variation of tricks, almost landing a back roll shuvit and in heat four Airton Cozzolino (ITA), a man with a vendetta in mind after narrowly finishing runner-up in 2016, took to the water. As always his committed riding style was evident, but he struggled to land some of his trademark powered moves in the lighter winds. He did stick a backside 3 though which secured him the win while Barbadian rider Simon Jossten dropped some real crowd pleasers close into shore, including a board-off finger flip. Gustavo continued to impress with powered tricks on each tack and his seemingly effortless riding style.

In heat five, a crowd favourite last year, Luis Brito (CV) landed technical, powered moves on both tacks, underlining that you need to be comfortable popping tricks in both directions to be really competitive at this event.

Luis Brito is popular with all

Heat six saw the crowd on their feet cheering for female rider Carla Herreira Oria once again as she went head-to-head in a two-person heat against world number three, Paulino Perreira from Portugal. Paulino had the upper hand, charging into tricks with more power, but Carla displayed real variation in her moves and Paulino could be seen cheering her on while out on the water. He later said what an inspiration Carla is, taking on the guys in their own heats and showing other girls that strapless freestyle is achievable, and that thereâ€™s a tour ready and waiting for them to join!

In heat seven Elvis Nunes (CV), who had been limping around the contest area on crutches in between heats due to an injury he picked up before the event, pushed through the pain with some classic â€˜Jesus walksâ€™ close into the beach but he was eclipsed by Camille Delannoy, the young French rider, whoâ€™s made serious leaps in his riding over the winter. He managed to fend off two-time World Champion Keahi de Aboitiz (AUS) to take first place with clean, stalled no-grab back rolls and powered rolls and variations in both directions.

The last heat of the day took place in winds averaging between 15-18 knots, which was pretty much the constant throughout round one, and it was defending champion Matchu Lopesâ€™ (CV) chance to shine. He overcame local rider Juli Rebollo and three-time Italian wave champion, Antonio Ciliberto, with front roll shuvits, smooth powered rotations and some of the most varied technical riding of the day. Itâ€™ll be exciting to see what he has in store for the later heats in this competition!

Forced into round two tomorrow are:

Riders going straight through to round three are:

Stronger winds from the same direction are forecasted for tomorrow with riders’ brief at 12.30pm and a first possible start at 13.30pm. 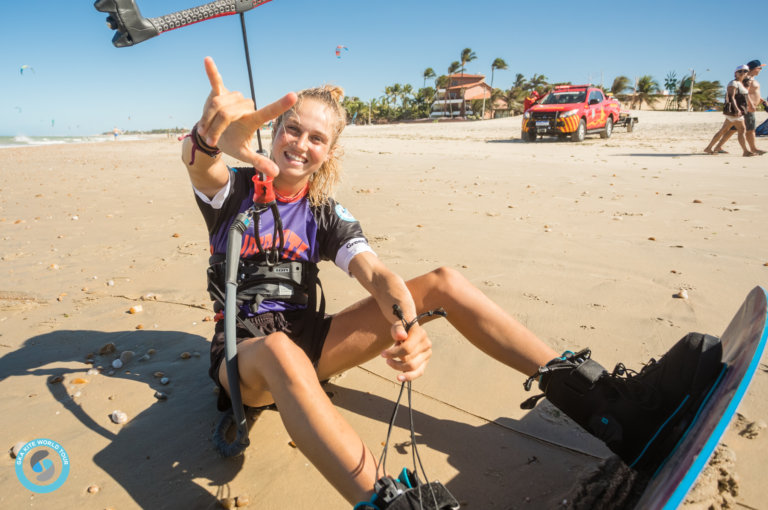 The 2022 Preliminary Event Calendar is live!! We're fired up for another great year on tour. 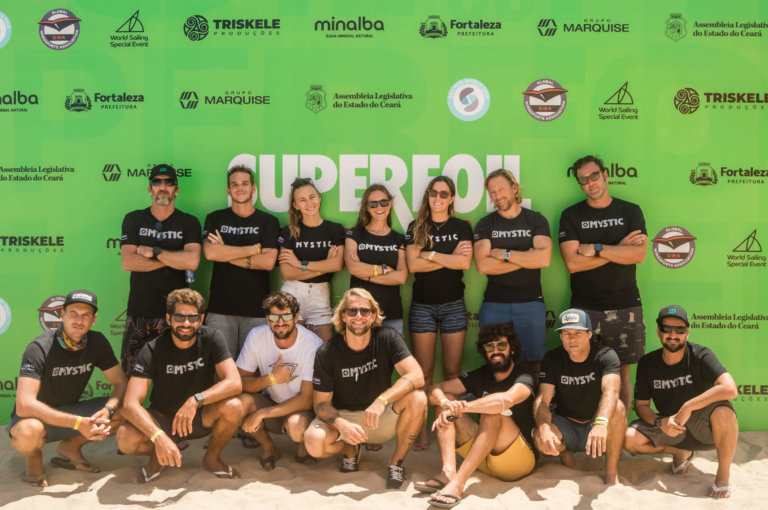 The GKA Kite World Tour had an amazing 2021 season with 7 successful events.  Here's a recap of each of the World Tour Events that happened this season.  Thank you for an epic year! 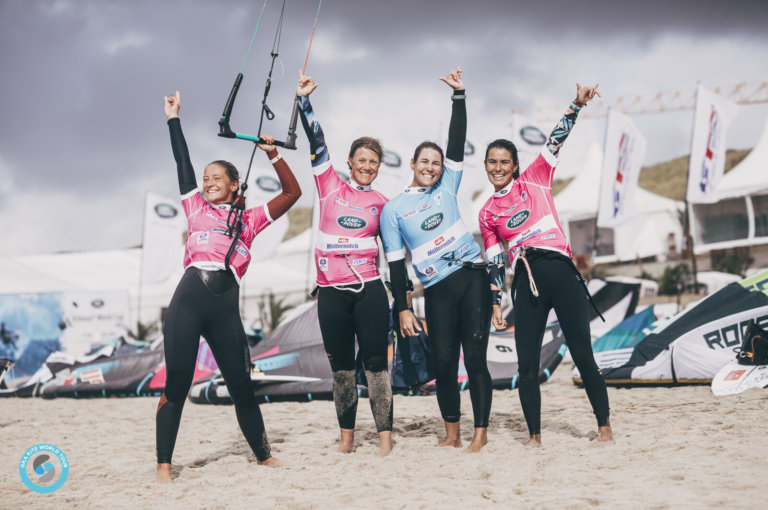 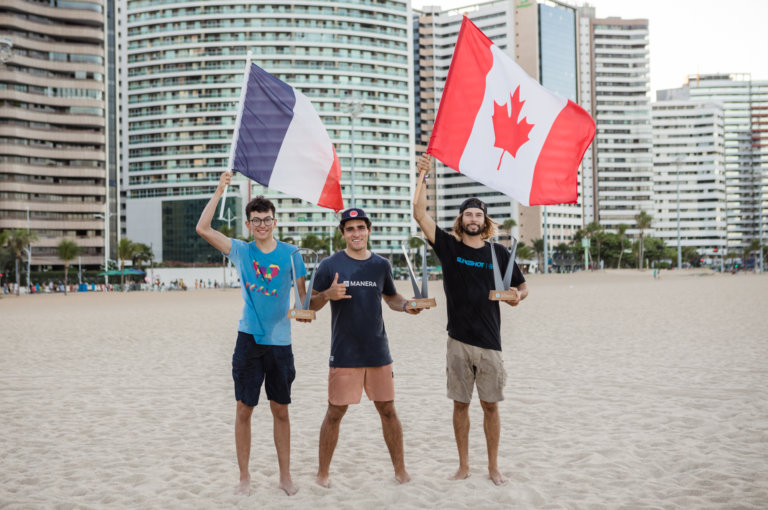