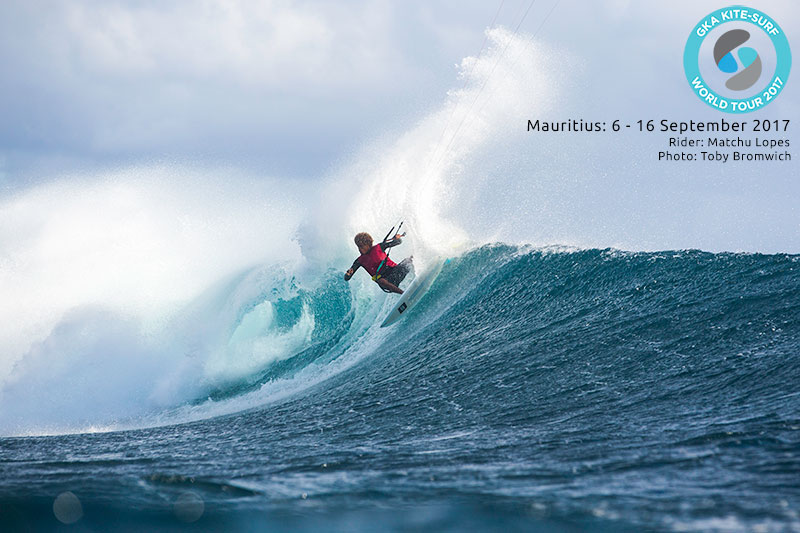 Caption: Matchu Lopes’ win at One Eye in 2016 was a pivotal moment in the championship, giving him the vital edge over Airton Cozzolino come the final reckoning. We look forward to more high octane action in Mauritius in September! / Photo: Toby Bromwich

The infamous break of One Eye in Mauritius will once again offer up a mouthwatering challenge to the world’s best wave kiters competing on the GKA Kite-Surf World Tour 2017 from the 6th – 16th September.

Before the competitors roll up to what is considered to be one of the absolute best waves for kitesurfing on the planet, they must show their all-round wave board skills at the first three events of the year, which line-up as follows: