THE FINAL WRAP-UP FROM MAURITIUS

The dust has settled, so itâ€™s time to take a look back at what was a stellar final event in Mauritius to round out the 2017 GKA Kite-Surf World Tour.

The event began with Airton Cozzolino and Matchu Lopes holding a clear shot at the menâ€™s title. A burgeoning battle for third place was also brewing as Keahi de Aboitiz homed in on Paulino Pereira who had started this yearâ€™s tour in third and had held on to it throughout the season and into this last event in Mauritius. Paulino had consistently placed well in the predomonantly freestyle events, but with a wave-focused finale about to go down at One Eye, Keahi could clearly sense an opportunity to make a last ditch attempt at the podium, but he needed results to go his way. 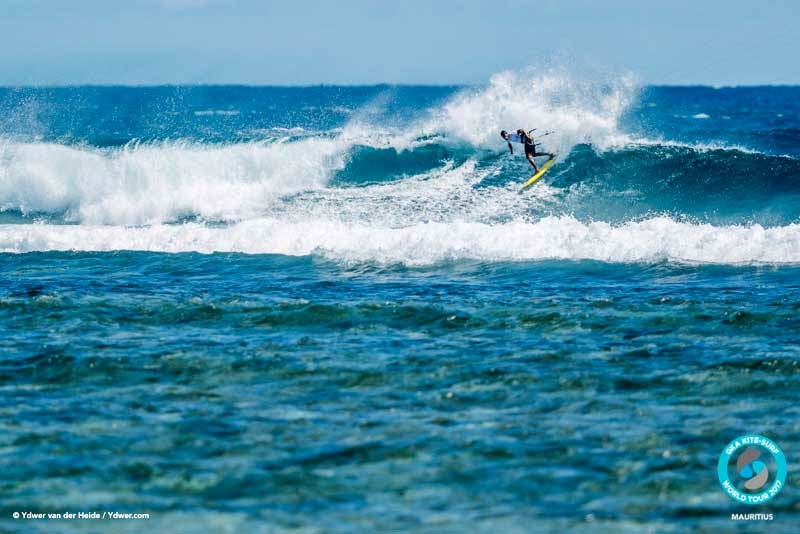 The tussle for the top spots promised an epic end to the tour but, before that could take place, there was a huge field of competitors who would have to vie for a place in the menâ€™s division in the main event as 39 riders pitched into nearly two full days of qualifying trials. With only eight spots available for the main event, and such luminaries as Kevin Langeree in the mix, it was going to be tight! 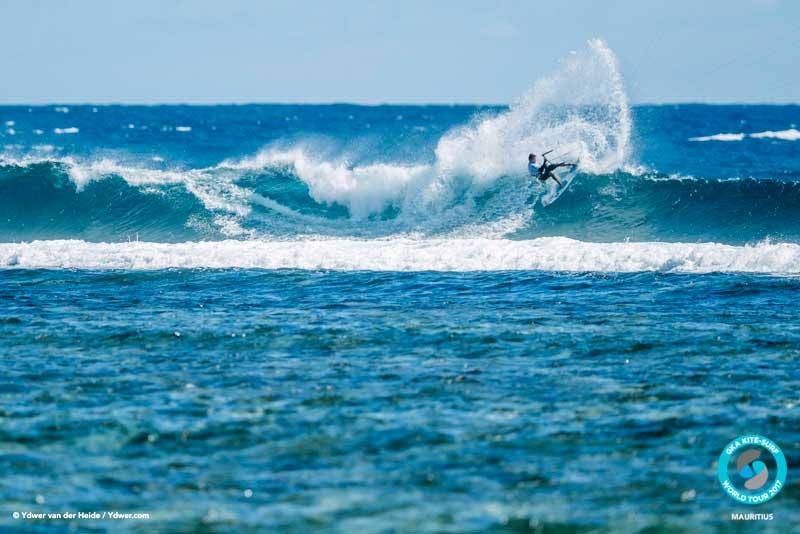 Kevin wasnâ€™t the only Langeree making his GKA debut in Mauritius. His sister Jalou was among the 19 riders registered for the womenâ€™s division alongside some high-calibre riders in the form of last yearâ€™s event winner and local shredder Ninja-Maria Bichler, 2016 Dakhla champ Milla Ferreira, Hawaiian regular-footer Moona Whyte and former multiple-freestyle world champion Gisela Pulido.

In the menâ€™s division main event the action came thick and fast from round one and drama was never in short supply. Kevin took on all comers after qualifying in the top position and he never missed a beat until he went down against Airton in the semi-finals. Sebastian Ribeiro caused two major upsets when he knocked Paulino out of the competition in the quarter-finals and then dispatched Airton in the semis before finally succumbing to Keahi, the event winner, in the final and that was after coming all the way from the first round of qualifiers – no easy feat! 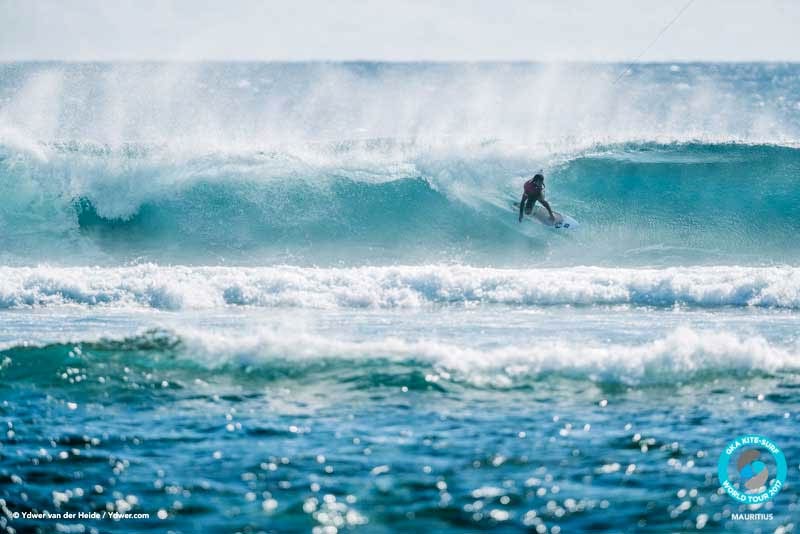 One Eye veteran Mitu Monteiro, whoâ€™d been battling an injury since stop three in Fuerteventura, was also expected to make things challenging for the riders in the top three, but he went down in round three to Paulino and it seemed as though any predictions people had been making for this event were being dashed left, right and centre. 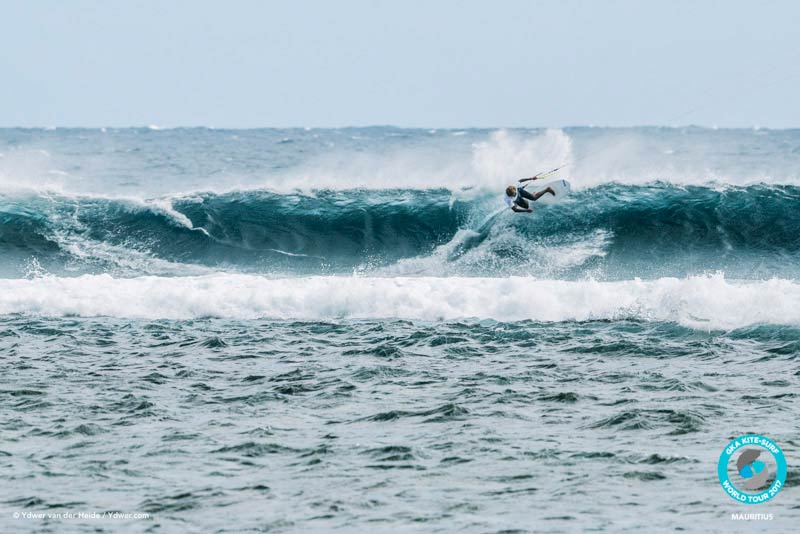 A tough event for Mitu but the birth of his new baby during the event no doubt took the sting out of an early trip home / Photo: Ydwer van der Heide

The fact that the final would feature neither Airton or Matchu was another surprise and the biggest of the event. Airton had stormed through the rounds in the main event but his loss to Sebastian Ribeiro was a knock to his system and, with Matchu narrowly defeated by Keahi, they would meet each other in yet another final round showdown as the competed for third rather than first – probably not the ending theyâ€™d had in mind.

First place in the championship was already in the bag for Airton but the knowledge that his final act on this yearâ€™s tour wouldnâ€™t take place in the final heat had clearly thrown him, and Matchu won the mini-final with a better wave selection and a clean performance to take third place at the event. Sebastian Ribeiro lost to Keahi de Aboitiz in the grand final. 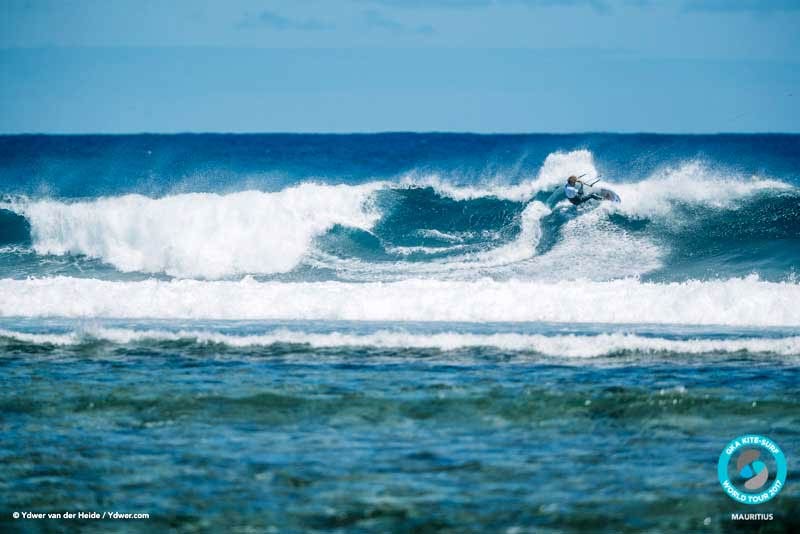 At an event where backside riding was scoring riders some serious point-age Matchu shone on his front hand / Photo: Ydwer van der Heide

The action was similarly tight in the womenâ€™s division. Moona had won the single-eliminations earlier in the week and Jalou had had an early exit after losing out to Milla. With a steadily dropping swell and some low-wind days during the last days of the event window it had looked as though the doubles might not happen which would have made the singleâ€™s result the final score for the event and the championship but, on Thursday of last week, the last day with a promising wind forecast, the doubles got underway and Jalou began a meteoric rise up the table by winning four heats on the trot as the she advanced towards the final. 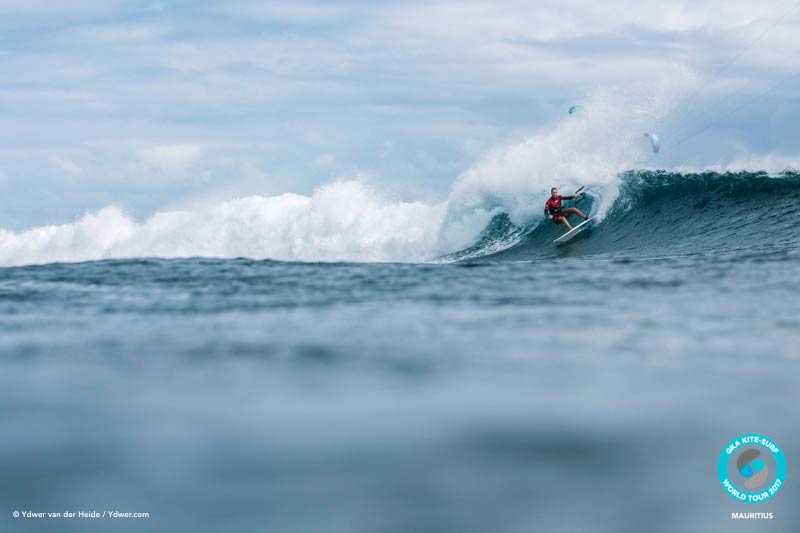 She had looked unstoppable as she won heat after heat but, in her fifth back-to-back heat of the day, she met Ninja-Maria Bichler who stopped her in her tracks and ended her push for the top of the table. Maybe she was tired or maybe it was her opponentâ€™s extensive knowledge of the wave, but she was out and it was down to Ninja and Moona in the final.

A super-close heat followed with Moonaâ€™s flowing backside style pitted against Ninjaâ€™s powerful front hand riding and, while it was impossible to call from the beach, the judgesâ€™ view clearly gave Moona the advantage and the heat was hers along with the event win and the championship! 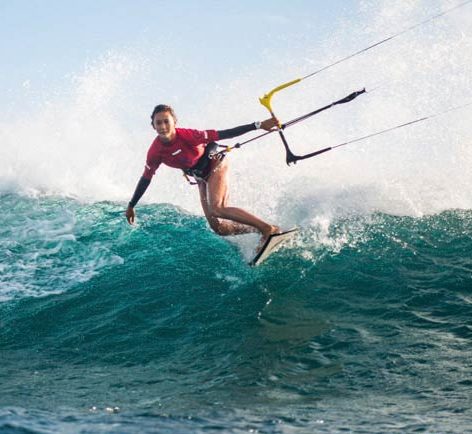 And so, with that, two new champions were crowned on Saturday night at the closing ceremony in the form of Moona and Airton! Their titles are a fantastic achievement at any rate, but theyâ€™re made all the more sweet in light of the fact that they are now both official world champions in waveriding after World Sailingâ€™s decision to bestow the right to crown world champions in this discipline to the GKA! 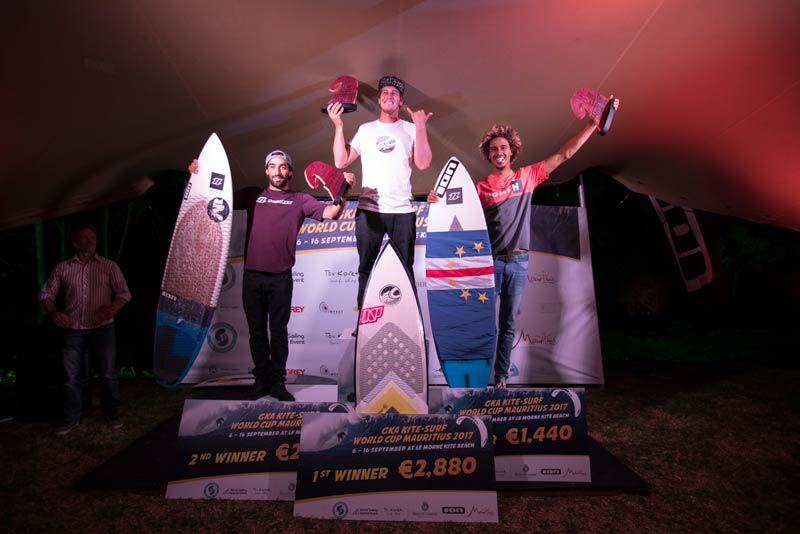 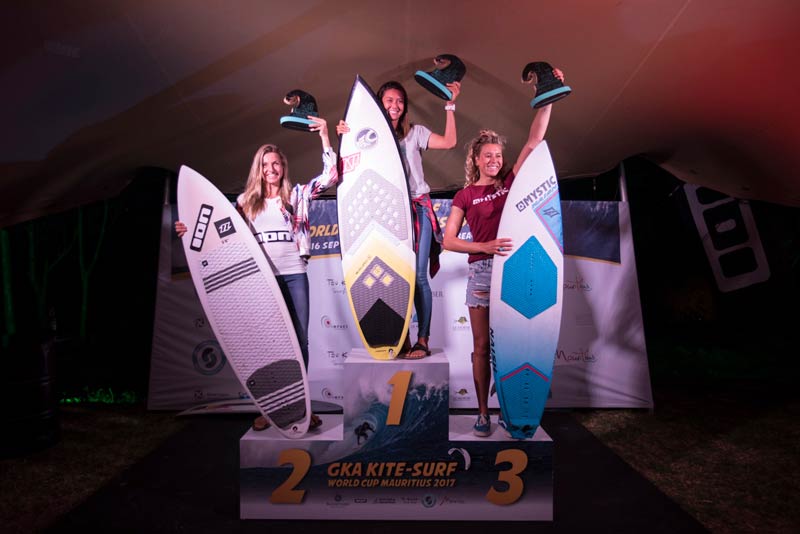 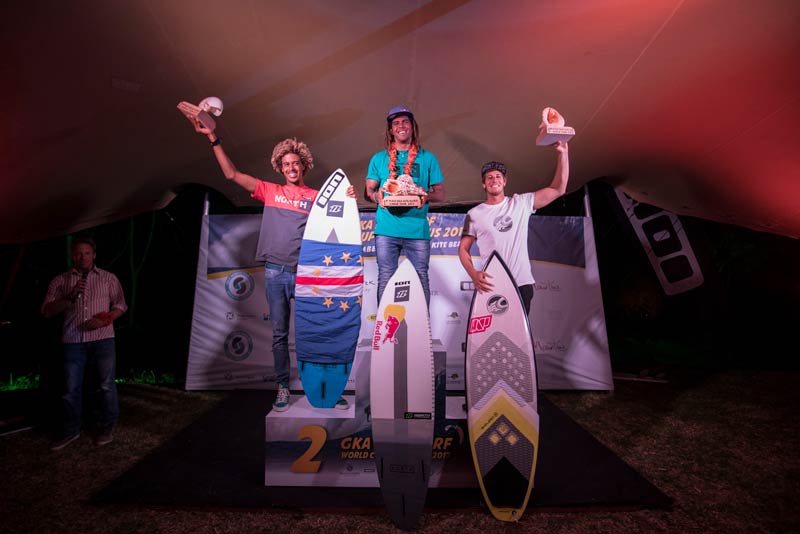 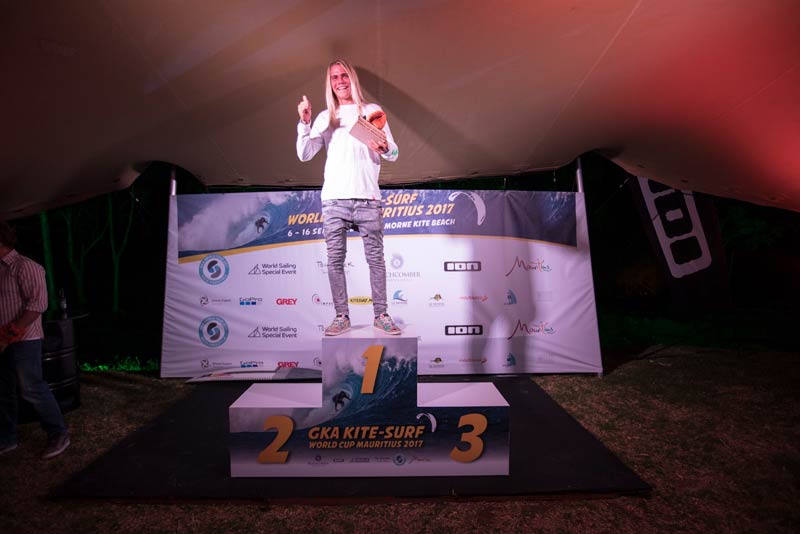 Itâ€™s safe to say that this one went down to the wire and, if youâ€™re struggling to get a grasp of just how action packed it was without having seen some of the heats for yourself, then check out the videos below to see what went down!

Thanks for following the event as it played out and for tuning into the coverage of all of the events on this yearâ€™s tour! You can see the final standings below.