Yesterdayâ€™s faltering winds brought about the abandonment of the final, but the Levante winds built overnight and, as the crowds began to gather on Valdevaqueros beach on Sunday morning, a powerful wind was already blowing from the left with a forecast of up to 40 knots. Airton and Matchu were released onto the water at 11.45am to warm-up and their eagerness to get down to business was clear as they tacked back and forth gesturing to the race officials that they were ready to go. 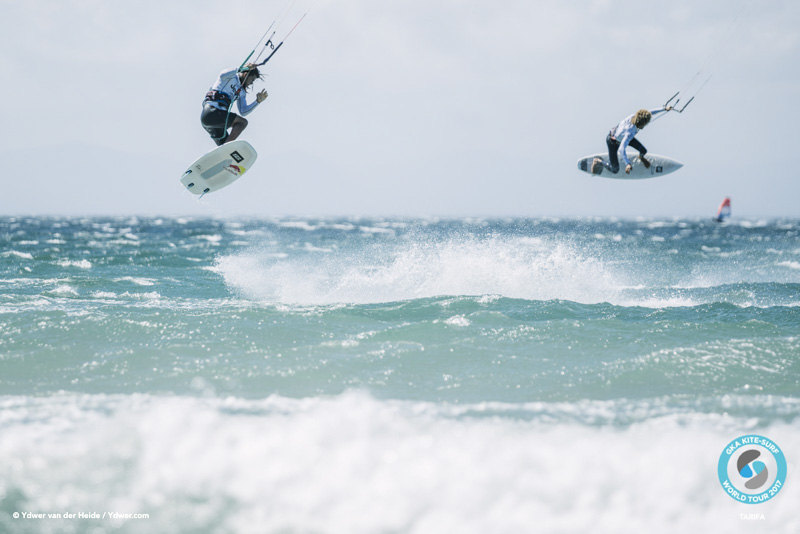 The flags went up and Matchu opened his account with a beautiful double front roll early in the heat while Airton threw a huge crazy horse kite loop to the crowdâ€™s delight. From there they traded blows on each tack with Matchu coming agonisingly close to landing a triple front! 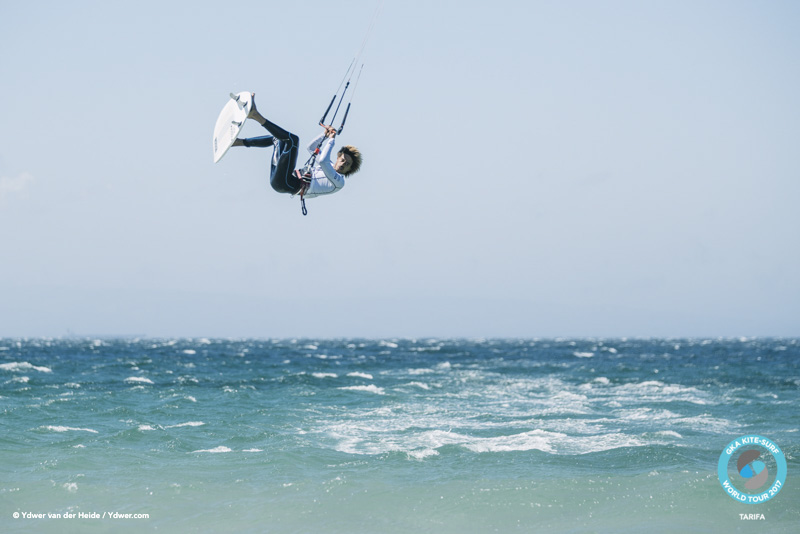 Matchu then shifted focus to multiple attempts at a double front shuvit but this would prove to be his undoing as he just couldnâ€™t make them stick. Airton responded with a salvo of powered tricks blending wow factor with technical difficulty and a 313 handlepass followed by some big kiteloops and a huge back roll saw him build up an impressive points lead. His front roll shuvit in the final seconds of the heat left things in no doubt. 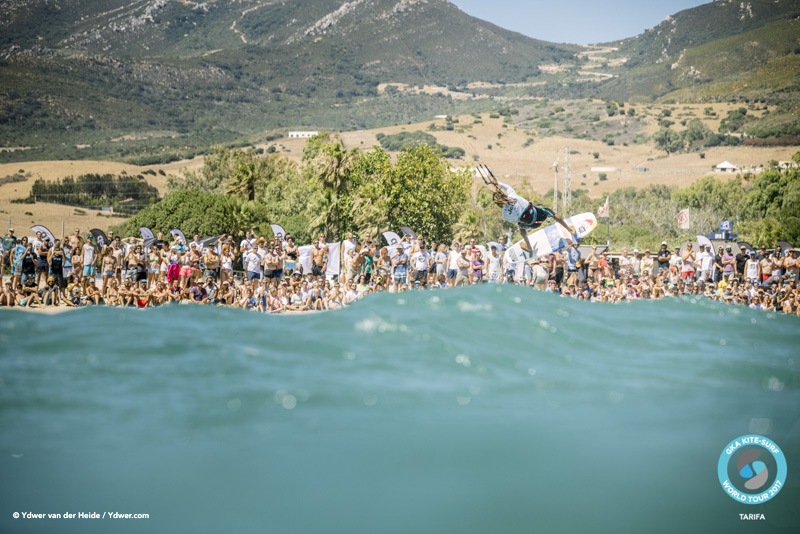 Of course, nothing is ever certain in competition and there followed a tense period as the crowd and riders awaited an announcement. Airton came straight back to shore and landed his kite as he waited for the judgeâ€™s call while Matchu stayed offshore, as if pre-empting the result. When Airton was announced as winner the crowd erupted in applause and, while many had been rooting for local riders throughout the event, their appreciation of Airtonâ€™s riding across the last five days was clear to see! 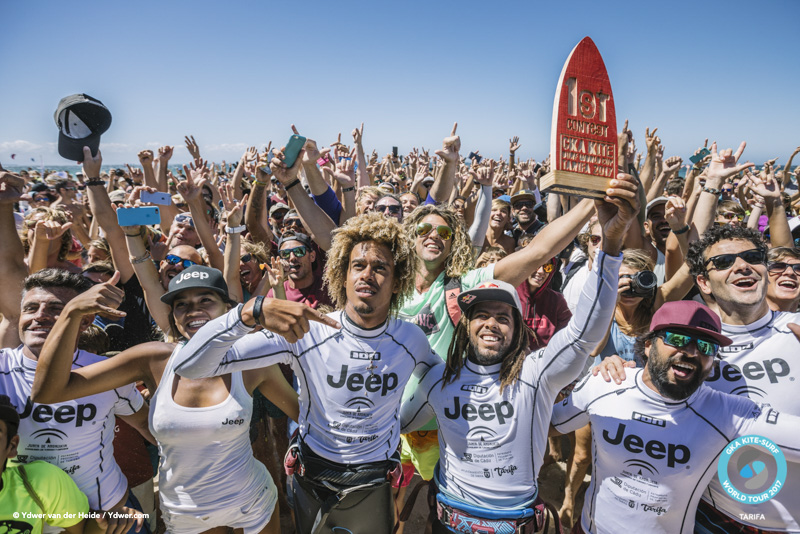 Magnanimous in defeat, Matchu gives it up for Airton (along with a few close friends! ) / Photo: Ydwer van der Heide 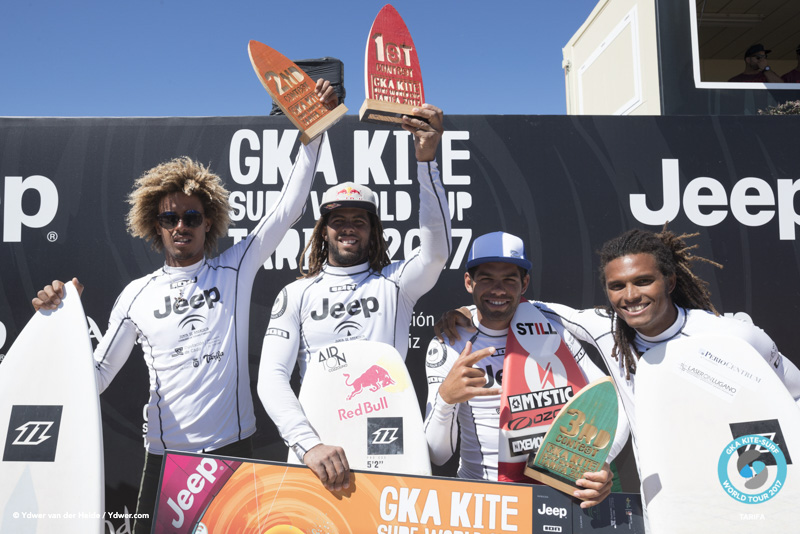 The big-air event followed as an extravaganza for the fans and also gave riders who had exited the competition in the earlier rounds an opportunity to compete again in a simple format that favoured height and power rather than technicality. This suited Luis Britoâ€™s riding style and he was able to bring his array of crowd pleasing tricks to the fore, progressing through the rounds and into the mini-final against Keahi de Aboitiz. However, he couldnâ€™t match Keahiâ€™s large, powered rotations which earned him third place. 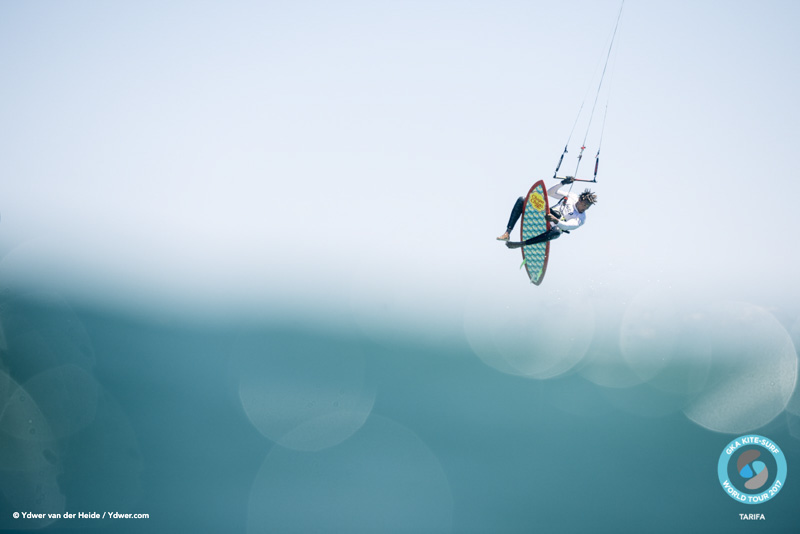 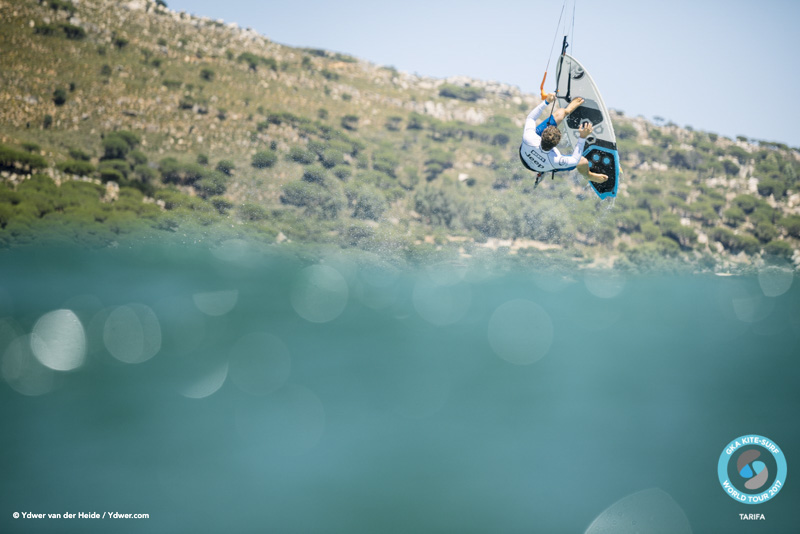 Local hero Gustavo Arrojo and Airton went head-to-head in the final. Gustavo went big from the off, staying out the back where the wind was strongest and perfectly timing his jumps with the lulls and gusts of the Levante to achieve maximum height while the home crowd cheered him on. 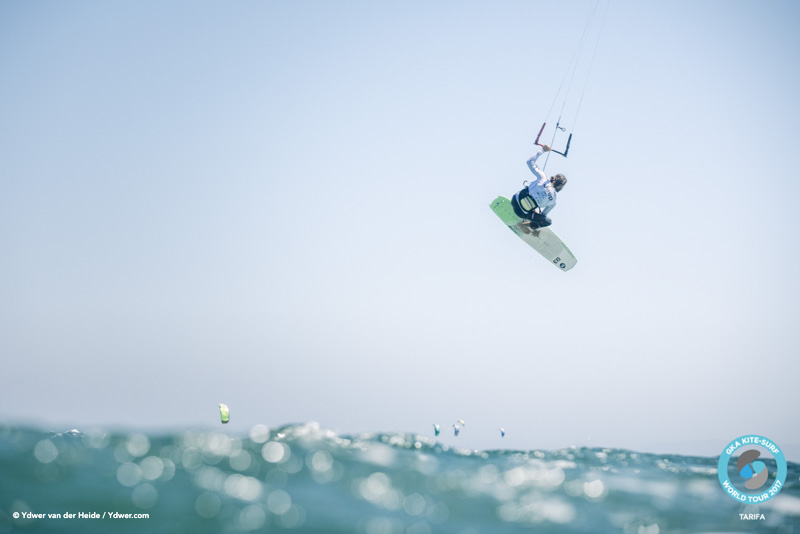 However, it was Airton with his huge boosts and rotations who would take the win with yet another finish atop the podium today.

Speaking after the event, Airton said,Â â€œIâ€™m grateful to win here for the third time. Without the Tarifa crowd this wouldnâ€™t be possible. Matchu is a very tough competitor and I feel the pressure when I compete against him.â€ 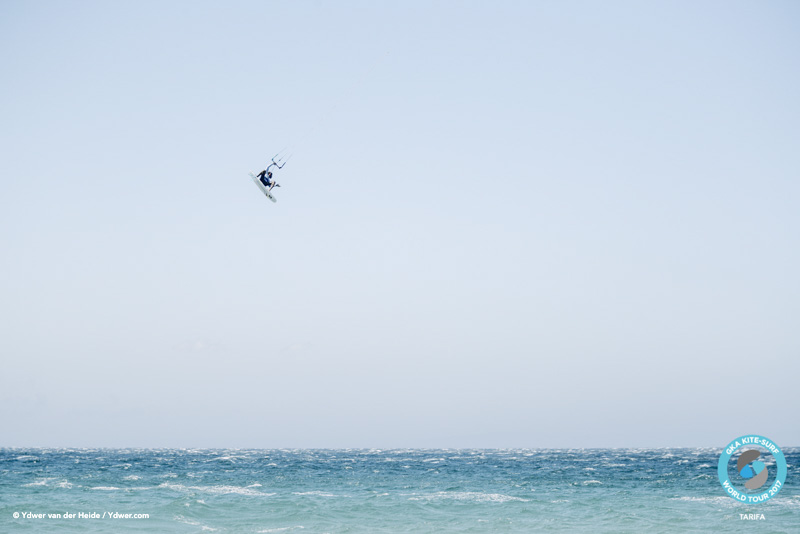 Matchu was clearly disappointed not to come away with the win but it seems he shares his friend Airtonâ€™s love of the Tarifan beaches.Â â€œThis place is special because of the beach and the people and I want to thank everybody involved in the contest. I always want to do my best in Tarifa, and I hope to win here one day for Spain!â€ 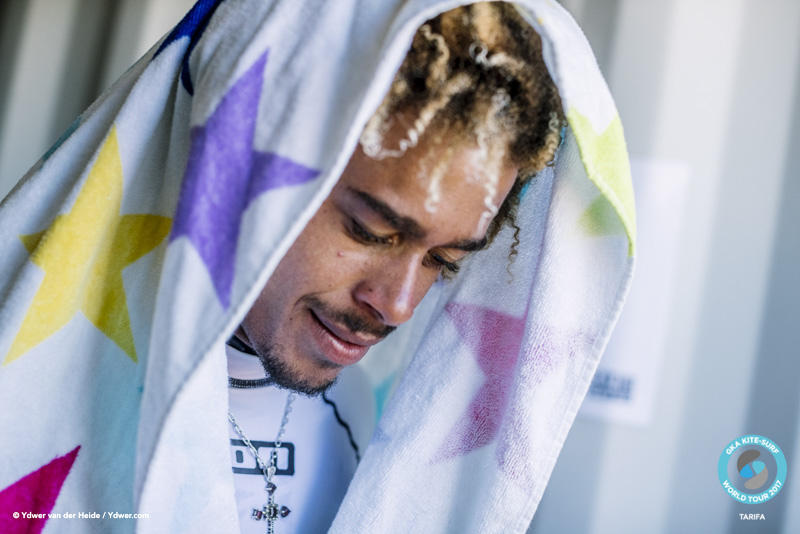 2017 RANKINGS AFTER ONE EVENT IN TARIFA:

So now, as the sun sets on Tarifa, we look ahead to the next event just two weeks away in Dakhla, which is scheduled as a â€˜comboâ€™ event where riders will be expected to combine strapless freestyle ability and wave riding skills. Of course we look forward to bringing you the daily updates and highlights throughout the event. 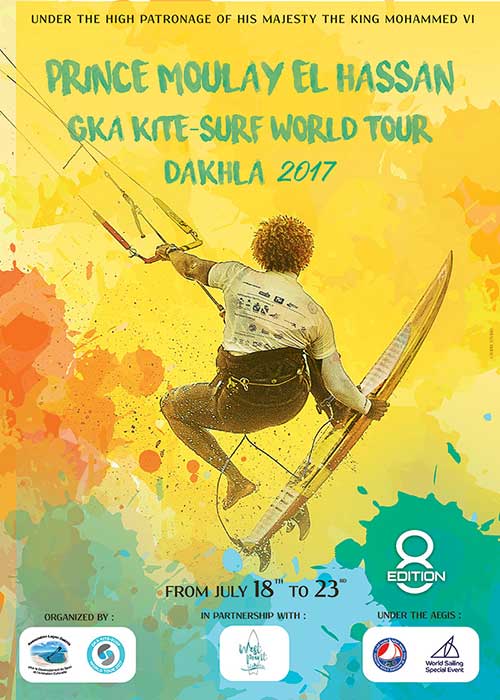 Check out the highlight from the finals below Â