First up yesterday was the women’s single elimination. Eight women competed over three rounds for the fourth time this season before 2x World Champion Jalou Langeree found herself back on top of the podium, this time at The Ceara Kite Pro in Prea. 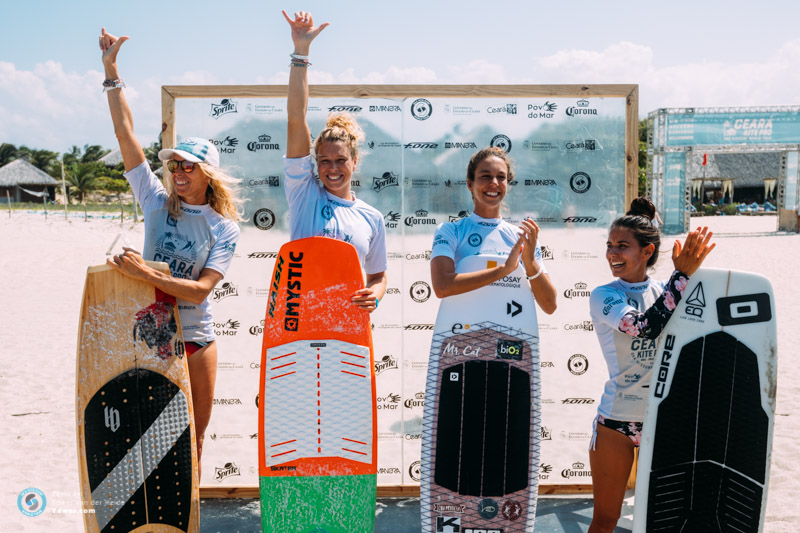 Among the eight women we saw two newcomers impress the beach and no doubt all livestream viewers with their confident approach and steady trick accumulation. 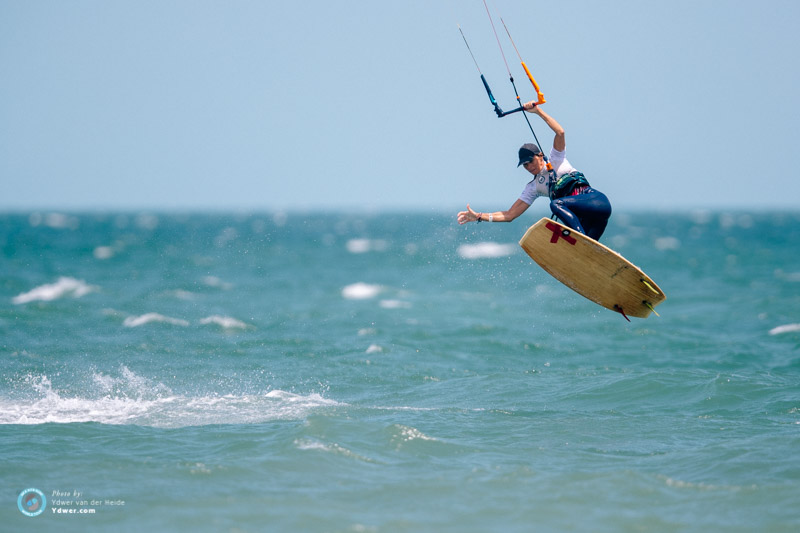 51 year-old Belgian Sabine Beukeleers has 15 years kiteboarding experience and many trips to Brazil under her belt, but is new to competition. Bringing some innovative new spins and board-offs with a fluid style, she cruised her way through to meet Jalou in Wednesday’s women’s single elimination final. Jalou managed to hold firm but any slip up on her part would have left the door open. Tense times for Jalou but with a front roll, no grab back roll, toe-side air reverse, air reverse one footer and a big tweaked air, she’s getting the business done in her quest to regain top spot on the tour. Prior to that current leader Carla Herrera-Oria was ejected in round one by Sabine! 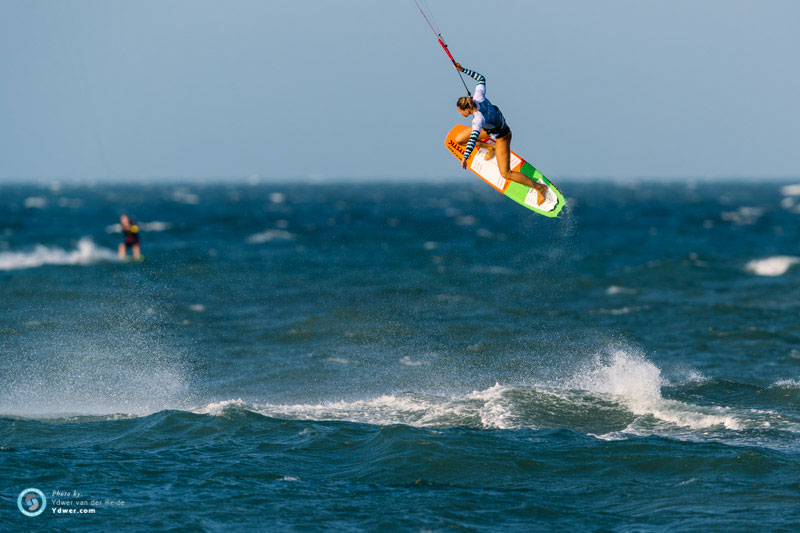 Another emphatic debut came from Marcela Witt, already a star herself here in Brazil with her own kitesurfing lifestyle and surfing TV show on the biggest sports network, Canal-Off. Cousin of men’s competitor Pedro Matos and a third generation kiter in her family having followed on from her grandfather and father, she switched her focus from wave to strapless freestyle just a month ago and spent the last weeks here in Prea training hard, which paid off. She showed some of the most fluid front and back rolls in the women’s event alongside as a varied mix of air reverses. Look out for her again in the doubles which should resume tomorrow. 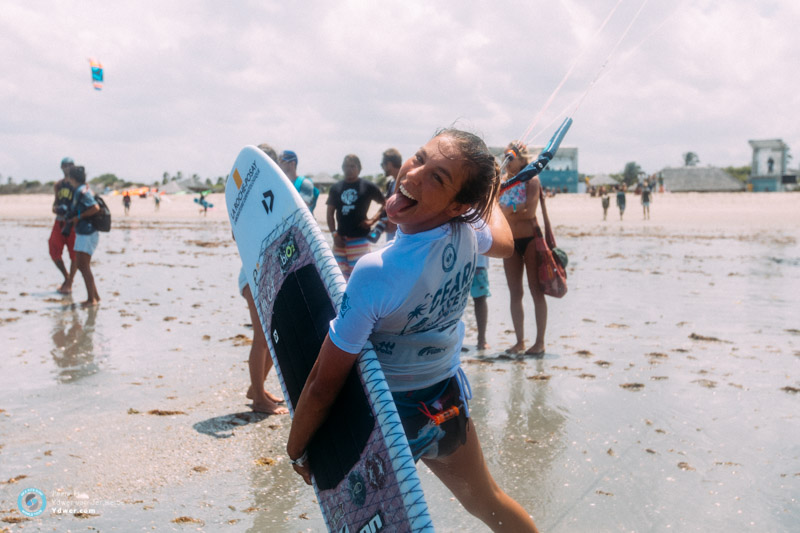 The men hit the water right after the women’s finals and we dropped right back into peak performance with the mini-final between Mitu Monteiro and Australian James Carew. Pound for pound this was a big heat, pitching the brute kite loop power of James against the mechanical combination accuracy of Mitu. 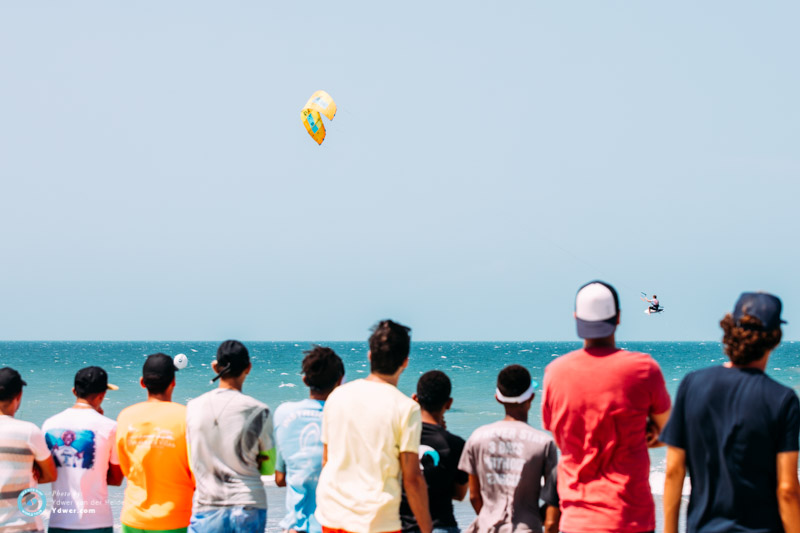 In the end James continued his run of podium positions claiming third spot and pushing Mitu into fourth. Once again the young Australian nailed an impressive example of his monster big back roll with a tic-tac (board spin in the hands) at the apex of his trick, before dropping into a rodeo on the way down and nailing a no-doubt landing. Adding to his score was a fast front roll shuvit. 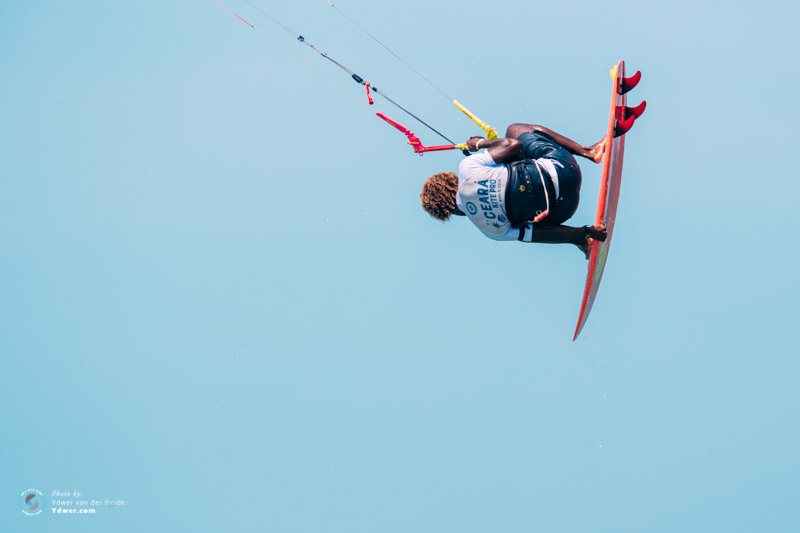 Mitu rode well, but perhaps lacked the overall height and amplitude of James who is on an almost unstoppable competition high at the moment. 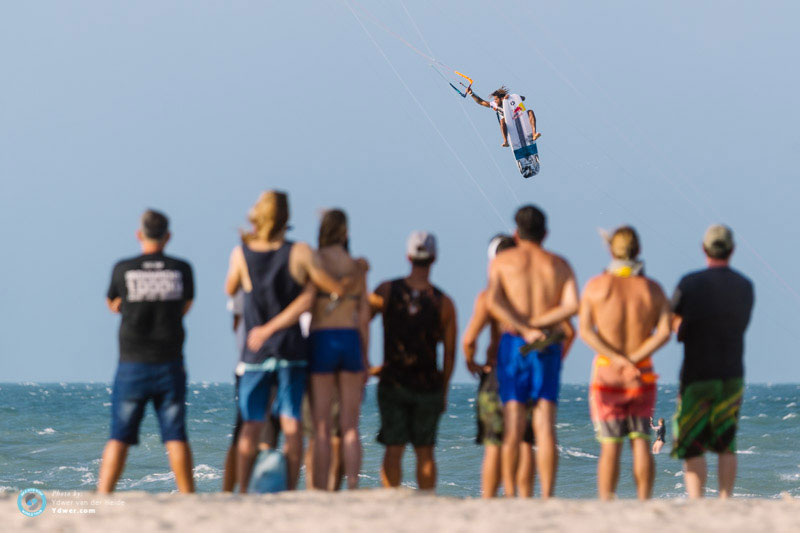 Airton getting a little quiet time ahead of the final

The final between Camille and Airton was the one we’d all been waiting for. French 19 year-old Camille Delannoy has lived right here in Prea with his family for the last seven years, and boy does it show. He hadn’t put a foot wrong in each of his four single elimination heats and managed to hit the water today with his fuse still lit from yesterday. 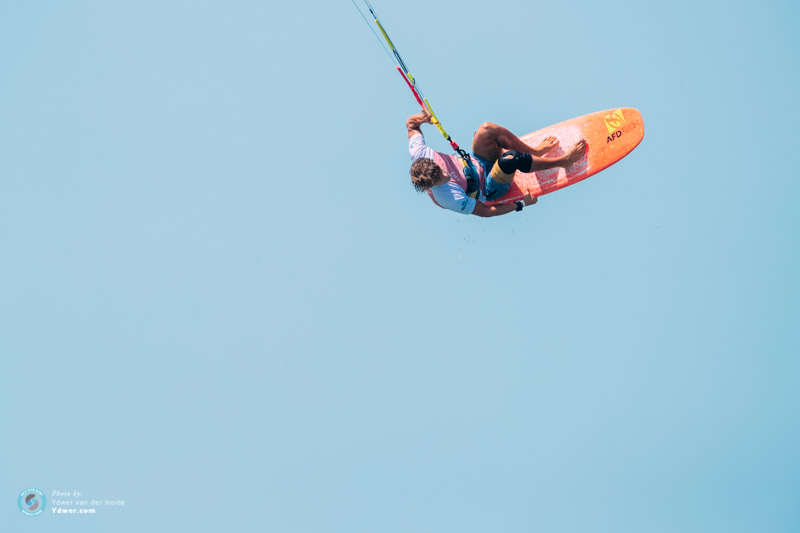 Camille on the charge

Airton started the final with two big crashes, (later revealing that he had to make a kite switch mid-heat because of a deflating centre strut). Totally out of character he looked shaken and immediately craned his neck round to see Camille landing the first of his huge double front roll combinations. Once again Camille blended height and amplitude with immense power and yet his landings were somehow rarely in doubt. 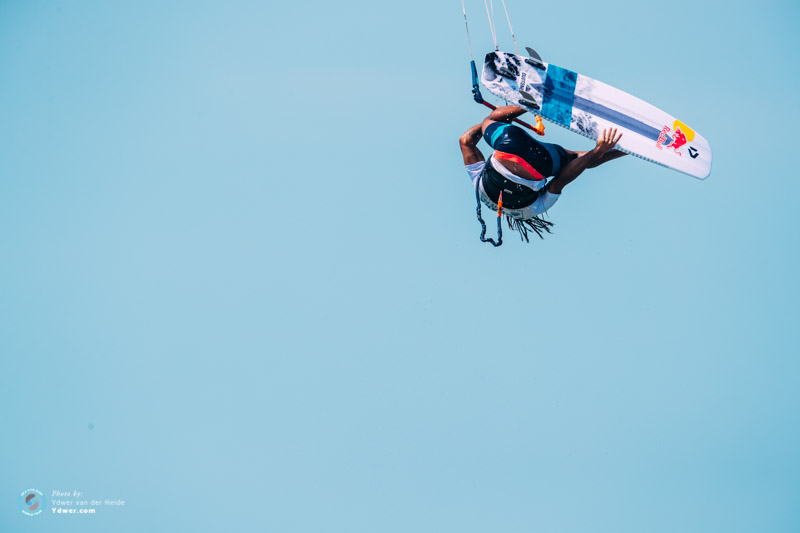 Airton in the final

It was a slight change in format to help aid the order of flow for the livestream that may have hindered Airton. For the last three years we’ve marvelled at how Airton is able to stack tricks across six different scoring categories within the same tack, back to back. He can move beyond catching distance inside a minute. Did he feel restrained by the fact that there was a gentleman’s agreement that riders would do just one trick per tack in the quest towards quality over quantity overall? Maybe, but whenever he looked round at Camille the young French powerhouse was stomping huge manoeuvres with a clinical rhythm, followed immediately by a roar of approval from his family and friends on the beach.

Airton’s not used to being beaten, it’s only happened three times in a pure freestyle heat in three years, but it sets up the prospect of the reigning champion entering the late stages of today’s double elimination with revenge on his mind.

Busy at work on Fridays? Probably best to just take the afternoon off and watch the livestream. It’s gonna go off! 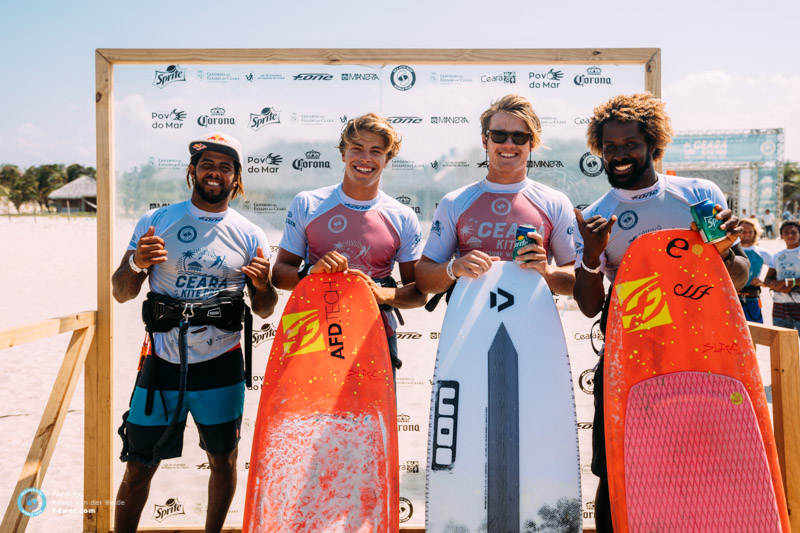 We closed Thursday out on heat 41b after 17 heats of the double elimination in the afternoon. The pick of the Brazilian wildcards who’s still in the competition is Leonardo Da Souza remains in the competition as the only surving Brazilian wildcard (of four who entered the comp) with a very natural surfstyle. Canadian Reece Myerscough continues to pull out heat winning front roll shovits. Wherever his journey may end at this event, Brazil will be a season’s best for him. Of course lying in wait is a steady stream of big guns in this one heat wonder knockout phase.

Watch the the highlights from the single eliminations below!

If you’re a fan of big winds and big airs tune in for the LIVE STREAM.