Sunday marked the final day of the GKA KSWT 2018 stop in Dakhla and what’s been a very successful second event on this year’s tour. The riders got through a barrage of heats in the single and then double eliminations this week thanks to the relentless Dakhla winds, and Airton Cozzolino has now lengthened his overall lead, making it two wins from two events so far this season.

Jalou Langeree also took her first ever KSWT event win to draw level with Moona Whyte and they’re now equal on points at the top of the women’s division! 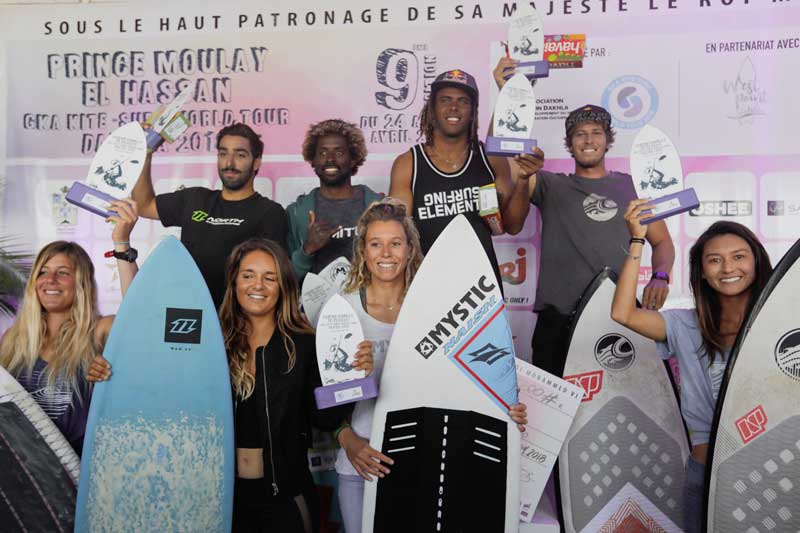 The main event wrapped up on Friday and Saturday was a lay day, but on Sunday afternoon the riders made the trip over to the lagoon for a strapless freestyle session at the newly constructed PK 25 Hotel. The ceremony would have two purposes, as it was also the official opening of the hotel itself! 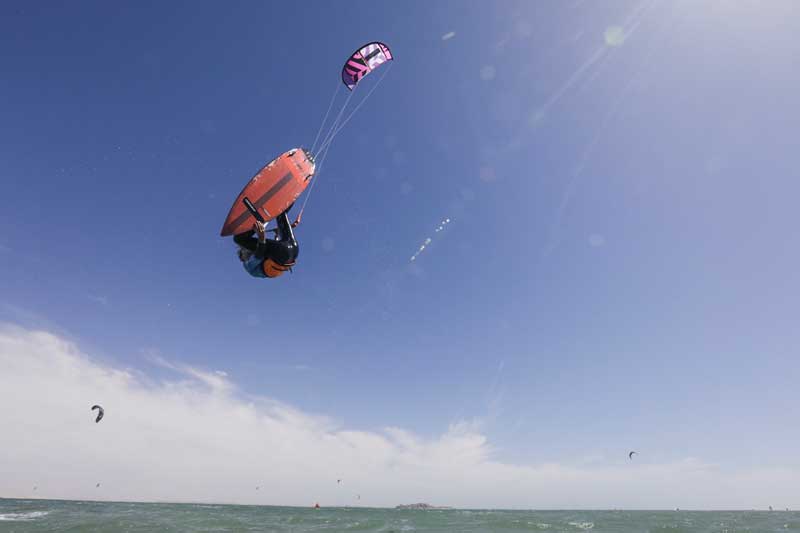 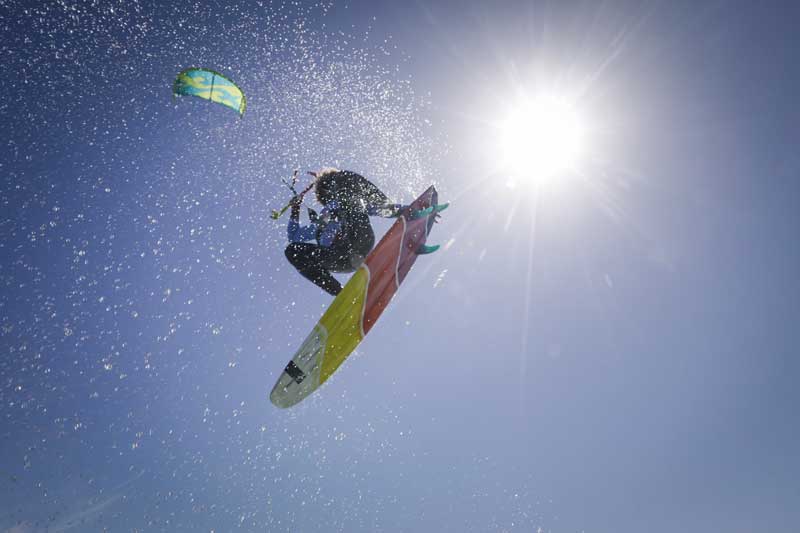 It was a fitting end to a fantastic week in Morocco and during the ceremony, GKA Secretary General Jörgen Vogt, announced that the GKA KSWT’s return to Dakhla has already been confirmed for 2019!

So, with the action done, it’s time to take a look back at some of the key moments of the KSWT Dakhla 2018.

While some of the women who’ve now joined the tour were slow to adopt the strapless freestyle discipline, at this event we saw many of them embracing it.

Carla Herrera Oria has been pushing it for a couple of years now, but at this event it became clear to her fellow competitors that they’re going to need to step their game up in this area if they want to be competitive on the 2018 tour!

This event also had the biggest field of female competitors ever at a KSWT tour stop – 14 in total! 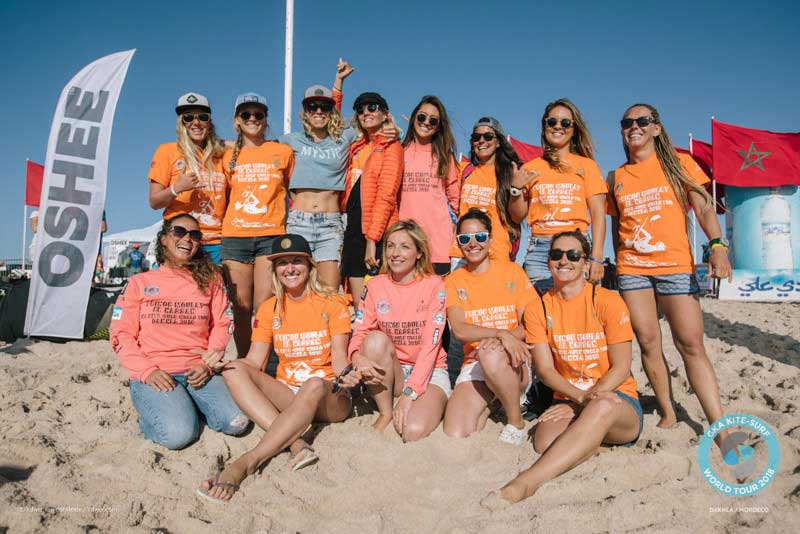 THE LOCALS SHOW UP IN FORCE

There was a strong contingent of Moroccan riders taking part at the KSWT Dakhla, from tour regular Ismail Adarzane to local instructors who live and work in Dakhla. The level was high among the Moroccans, with Ismail making it to the top five in the single eliminations. Special mention should also go to Mamoun Majid who was one of the top local riders in double eliminations. 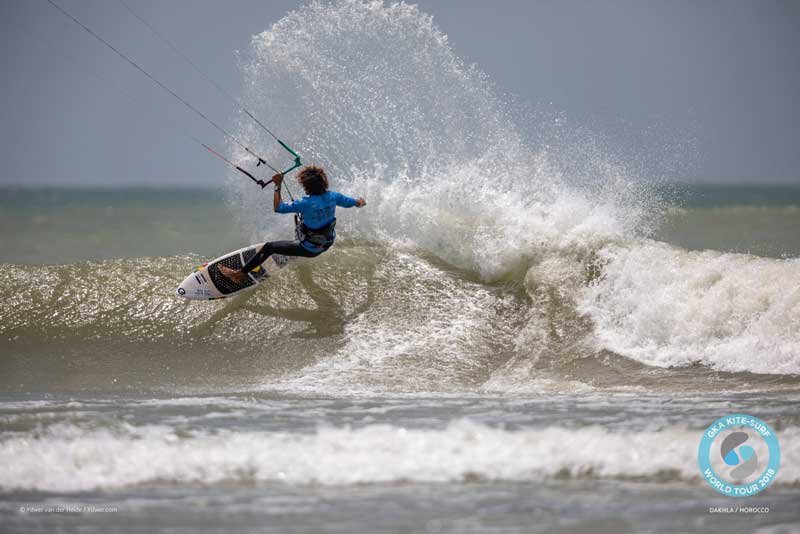 Not all the riders of the KSWT, even those who’ve been competing at events since 2016, were totally onboard with the strapless freestyle element of the tour to begin with. Some were even avoiding events where they’d have to rely on their non-wave riding skills to do well.

However, in Dakhla we saw that even wave-specialists like James Carew, Sebastian Ribeiro and Pedro Matos have been working on their freestyle skills during the off-season.

Sebastian managed to beat trick-throwing titan Matchu Lopes in a heat where 40% of the points came from strapless freestyle in the double-eliminations and that’s no mean feat! 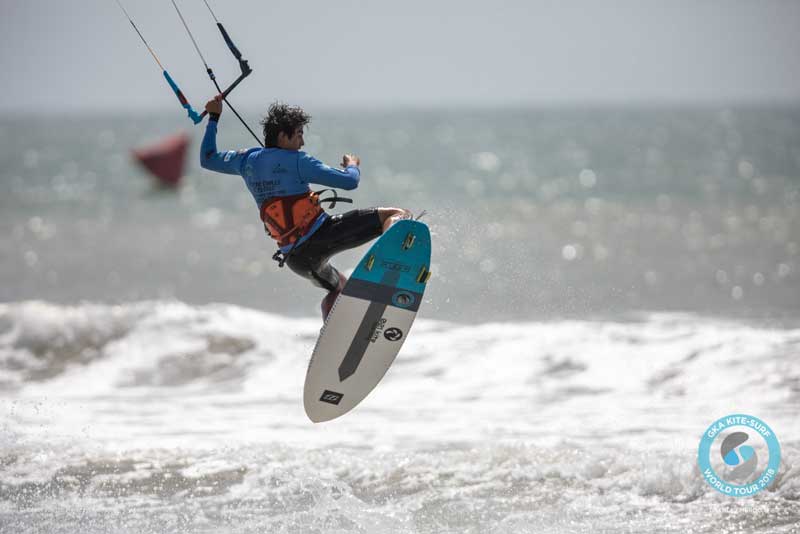 At the end of the first event of the year in Cape Verde, Airton said that his goal for 2018 was to finish the season with a clean streak of victories. No mistakes, no anticlimax at the final event – he’s in it for a perfect win.

Right now he’s on course for one, but there’s a long tour ahead yet so let’s see if he can continue his form at the next event in Portugal. 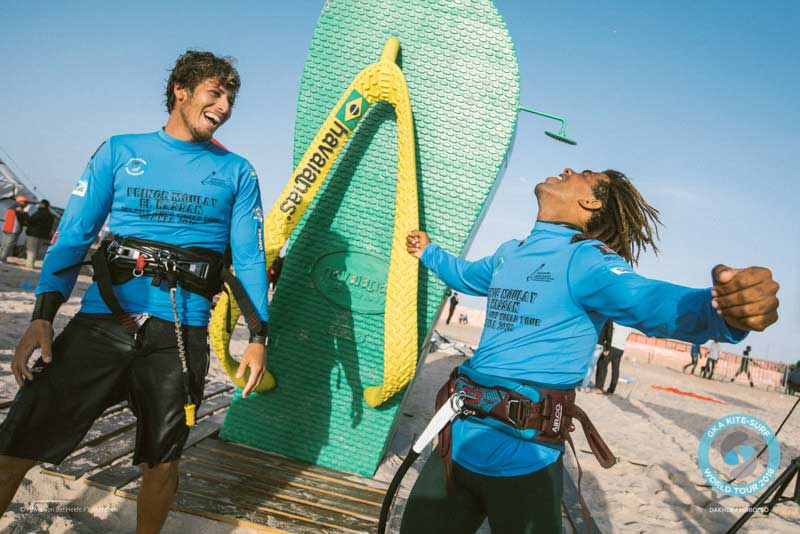 JALOU AND MOONA EQUALISE ON POINTS

Jalou had never beaten Moona at a GKA event before this one. As Moona will be riding frontside at the majority of wave spots on this year’s tour, and Jalou will be riding backside, Jalou might have wondered if she could ever beat Moona in 2018.

Jalou’s been really working on her backhand riding though since this year’s first event and that training really paid off here in Dakhla. However, Moona can be sure to come back strong at the next event and we can expect an ongoing battle between these two across the coming season in the 2018 title chase. 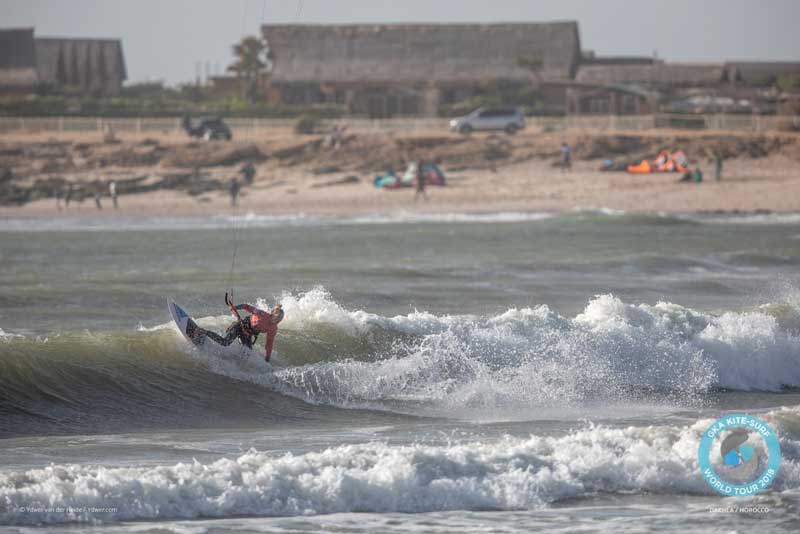 THE RANKINGS OPEN UP IN THE MEN’S DIVISION

The top three remains unchanged but below them things are beginning to shift. Mitu Monteiro has now moved into fourth position and Jan Marcos is now fifth after a heroic performance in this week’s double-eliminations that saw him surge up the heat ladder.

Pedro Matos has slipped from the top five but managed to fend off challenges from top riders like Matchu Lopes and Paulino Pereira to hold on to sixth place overall at the end of this event. This dynamic young rider is going to be one to watch on the 2018 GKA KSWT! 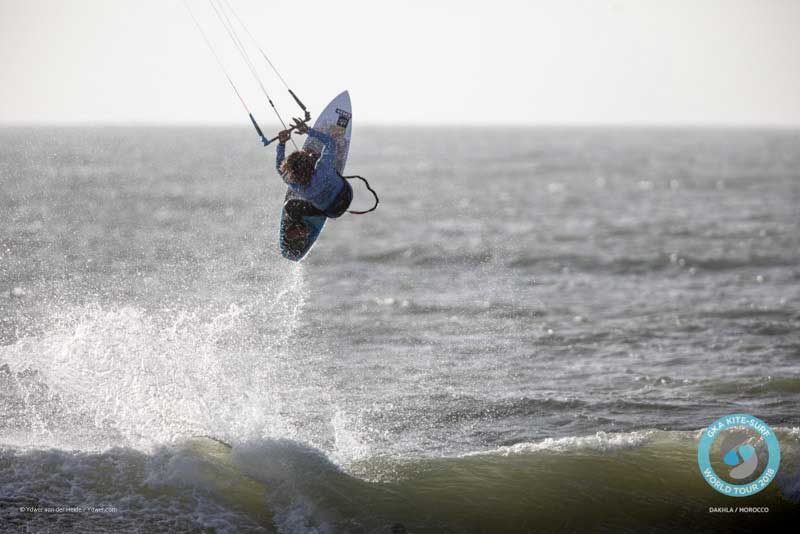 The tour heads to Viana do Castelo in Portugal next from the 7-12th of June but, for now, the KSWT says goodbye to Dakhla after another epic year at Foum El Bouir.

Check out the podiums, final standings and current championship rankings below! 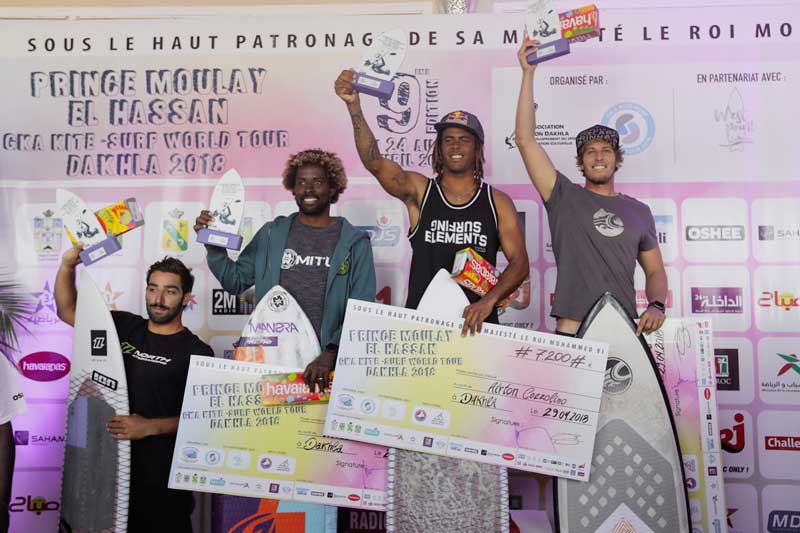 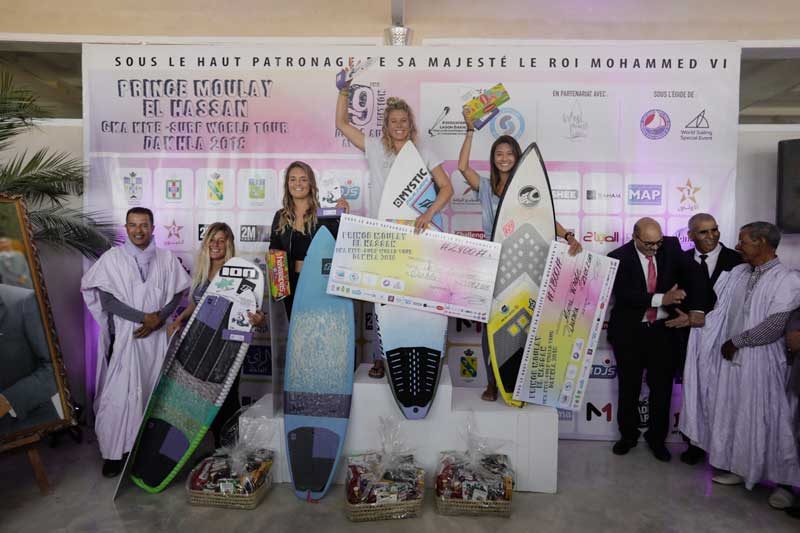