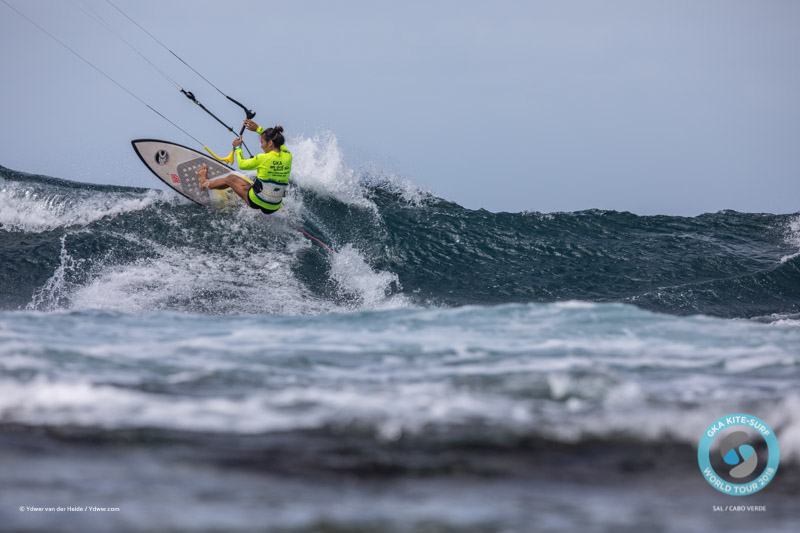 After a couple of days of uncertainty, during which wavering conditions had kept the competitors on their toes, the decision was made to move the event to a spot called ‘Secrets’ after race director Juan Antonio recce’d there shortly after sunrise and found consistent shoulder-high waves and steady wind. 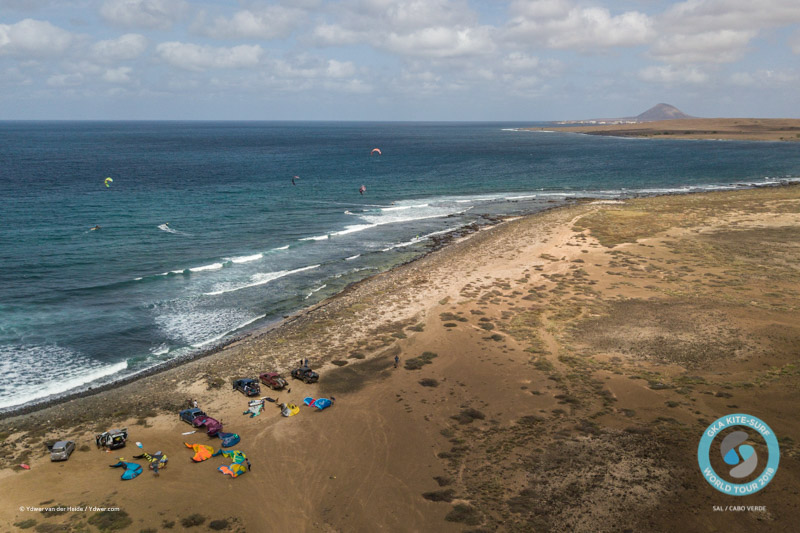 The entire event crew, including race officials, judges, media team and the final eight riders in the women’s division convoyed up to the spot and, a little after midday, it was on!

Jalou and Charlotte Carpentier were on the water first and Jalou, who has been looking increasingly comfortable on her back hand throughout the event, took the win to move through to the semi-finals. 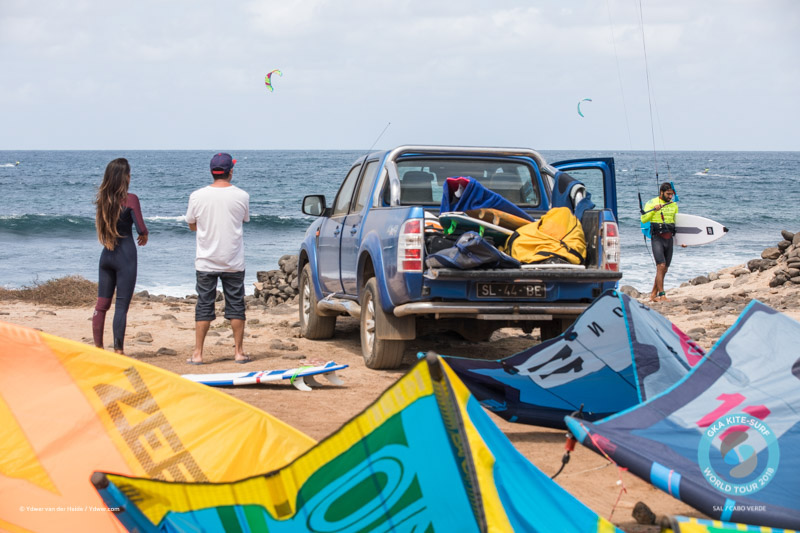 Next came a much tighter heat that saw Portuguese Cape Verde transplant Inês Correia edge past Carla Herrera and claim her spot in the semis where she’d face Jalou. 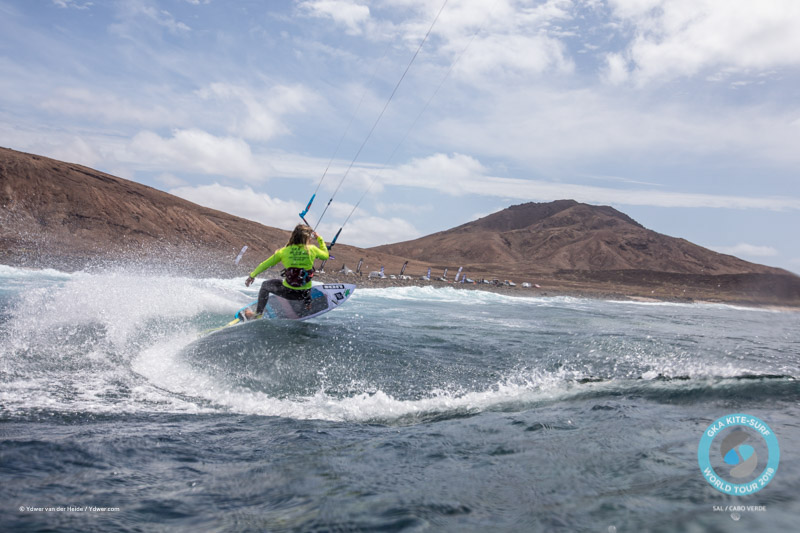 Carla Herrera has impressed at this event but today wasn’t to be her day / Image: Ydwer van der Heide

Moona Whyte took on Didi Lopes next. When Didi put her kite down during a lull in the wind, Moona kept up the pressure and racked up the points to continue on her steady progress towards the final rounds of the event. 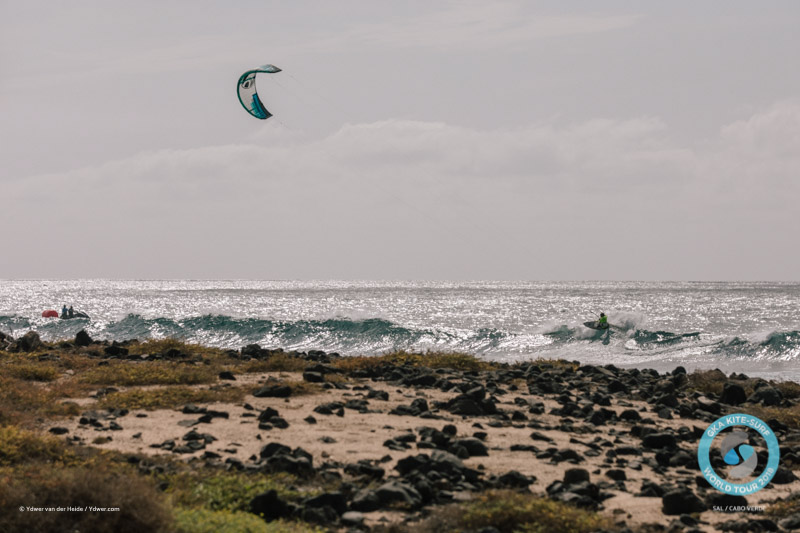 In the last heat of round three Marie Gautron, who was looking very comfortable in the more cross-shore conditions, beat Swiss rider Odile Cavin to book her place in the semis against Moona.

From there it was straight into heat one of the semis as Jalou and Inês hit the water. Both riders are well experienced in proper ‘waves of consequence’ and, although the surf on offer wasn’t as sizeable as what we saw earlier in the week, conditions were challenging nonetheless. Inês’ riding style is much better suited to powerful, offshore waves like Ponta Preta and Jalou is more comfortable on her frontside but this is competition and being a well-rounded rider is key. Jalou rose to the challenge, linking fluid turns throughout the heat in stark contrast to Ines’ powered front-hand hacks and Jalou steadily racked up the points.

Jalou won the heat, although by a tight margin, and claimed the first spot in the final where she would be met by the winner of Moona and Marie’s semi-final heat. Marie rode well in that heat, recovering quickly after breaking a fin out of her board and having to change to another one mid-heat, but Moona had the upper hand throughout and by the end it was clear we’d be watching Moona take on Jalou in the final. 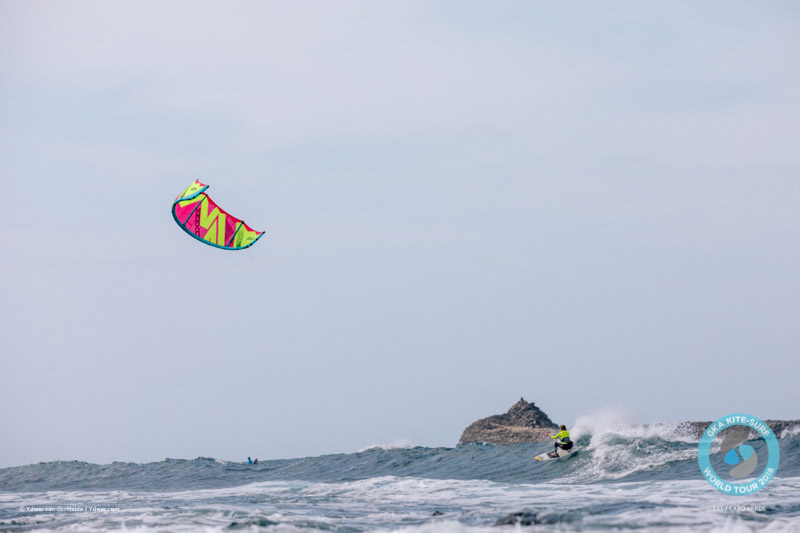 After a short break it was on and, shortly after the heat began, the best sets of the day came rolling into Secrets! Both Jalou and Moona were on point with their wave selections, positioning themselves right on the peak as the tide dropped further and the reef became more exposed. No waves went to waste. 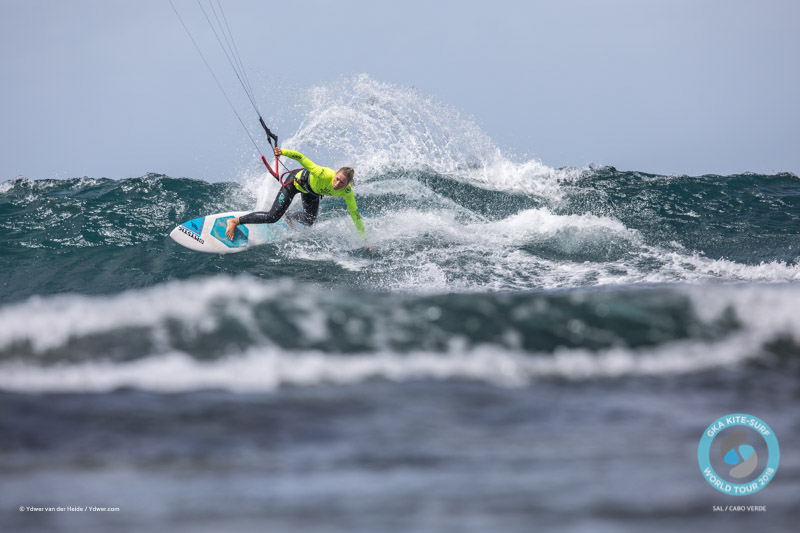 Jalou was getting vertical in her turns, hitting the lip squarely before snapping back into the wave face while Moona was driving her tail free at every opportunity and executing each turn with her typical poise and control.

The judges’ score sheets showed just how tight this heat was. There was less than two points in it overall, but Moona had done it and the heat was hers. 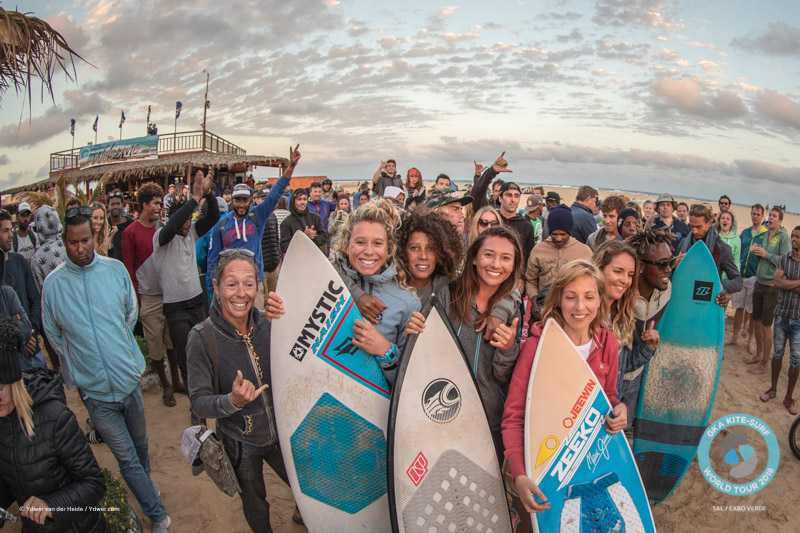 It’s a great start to the season for Moona, especially with the next two events featuring right handers that suit her riding style. However, Jalou won’t be making it easy for her and, speaking after, Jalou said that she was now more motivated than ever to train on her back hand before the next event. We can expect her to be gunning for Moona when the GKA rolls into Dakhla, Morocco, from the 24th – 29th of April!

Head to our YouTube channel to catch some of the previous action highlight clips and the full highlights video from the final day of the women’s division.