The single eliminations roll on at KSWT Torquay – Day Three 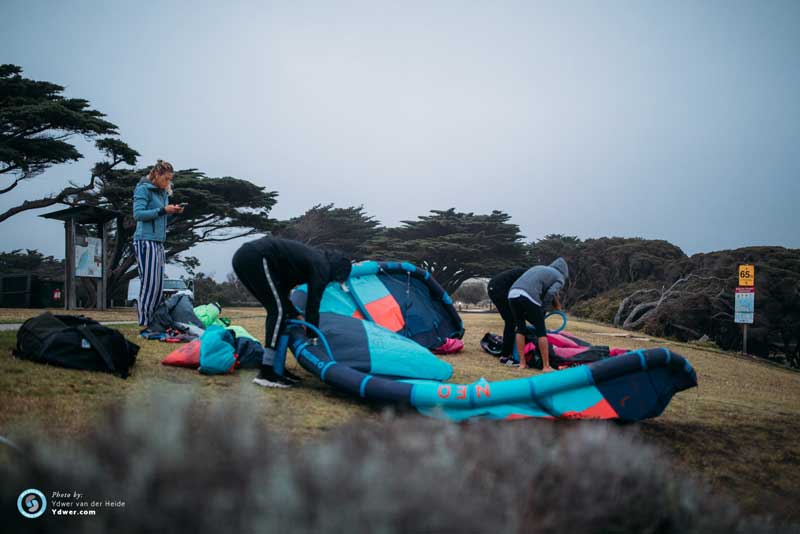 It was an early start today at Point Danger with the riders on the spot and rigging up at 05:30 ready to pitch back into the women’s division single eliminations.

The first heats were rolling by 07:00 and Carla Herrera kicked things off beating Anna Williams as she began her push for a shot at the top of the podium (remember, this is a winner takes-all-event between Carla and Jalou Langeree – who finishes on top wins the Championship!) 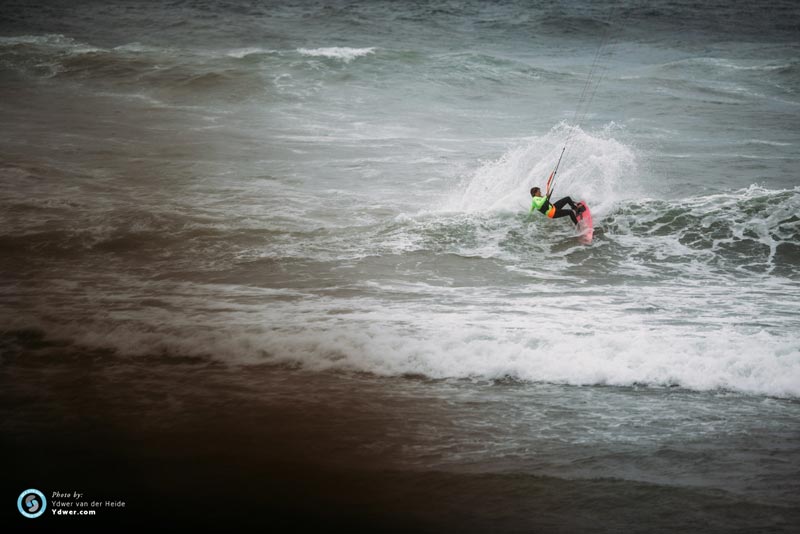 Next up, tour number four Johanna Catharina Edin from Sweden narrowly edged past Duotone teammate Lyde Heckroodt from South Africa in a tight heat. Both riders had to work hard to find point scoring sections but they made it work with well executed cut backs, milking the waves for all they were worth. It was hard to tell which one of them was going to take it but JC had the upper hand and made it through to the next round.

As Jalou Langeree hit the water for her first heat against Jen Milton the conditions began to shift and there were some solid bombs building further outside the reef. It was mushy, with the peak constantly moving, but Jalou knows all about conditions like these as she regularly kites in similar at her North Sea home spot of Noordwijk in the Netherlands. 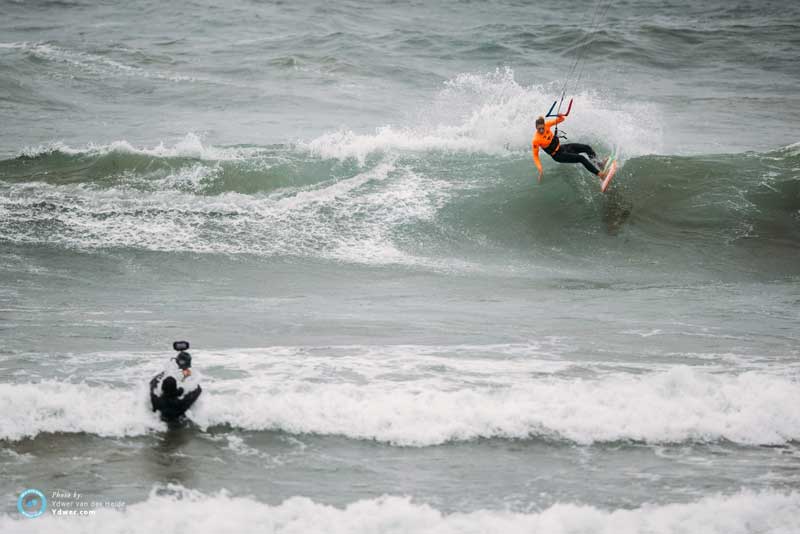 She sought out the better waves on offer, regularly managing three to four turns per wave with some stretched out cutbacks and gauging assaults on the face as well.

She went through to the semis where she would take on, and beat, Johanna securing her route to the final against none other than the only threat to her 2018 World Title bid – Carla Herrera Oria. 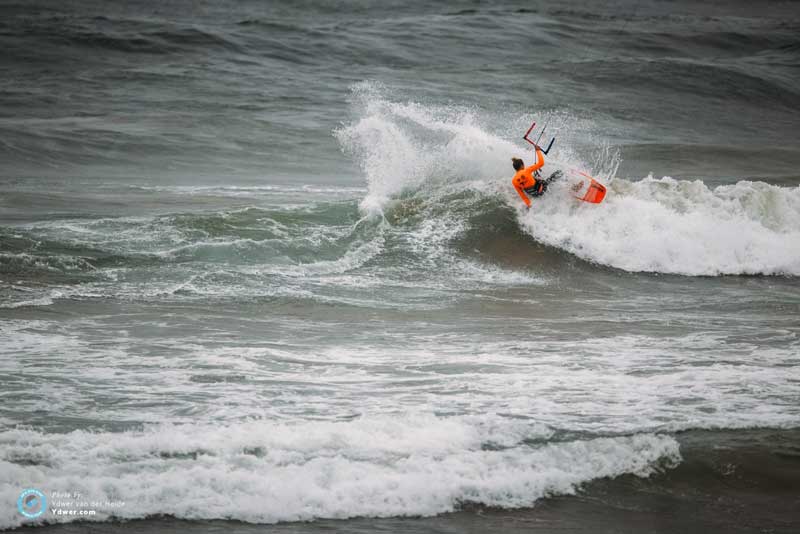 When when the horn sounded for the start of the final, Jalou struck first with well linked turns and her wave selection was fully on point. The conditions were fluctuating, with the bigger sets not holding up long enough for more than a hit or two at a time, but Jalou was right there every time right before the waves detonated on the reef.

She was giving Carla a lot of work to do if she was to stand any chance of catching her but Carla wasn’t backing down and she picked off a number of the cleaner waves on the inside, showing how much she’s improved her wave riding game this season to match her rapidly developing strapless freestyle level. 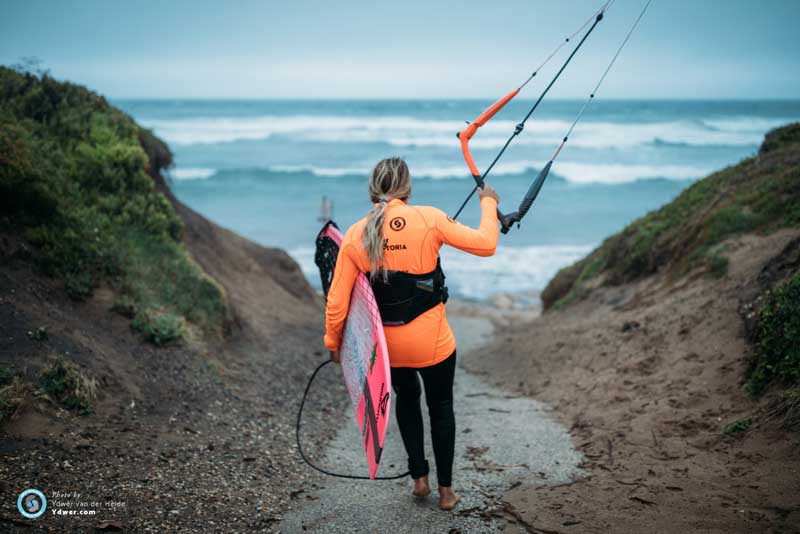 Both riders were giving it everything with the tour title on the line but the results haven’t yet been announced so we’ll have to see who came out of that one on top tomorrow!

In the mini-final, Johanna met Jen Milton and they went head to head for third place. The heat started, was postponed due to faltering winds, and then started again and the tension was palpable – particularly for JC who’s followed the tour all season and has been super consistent to retain fourth place overall. 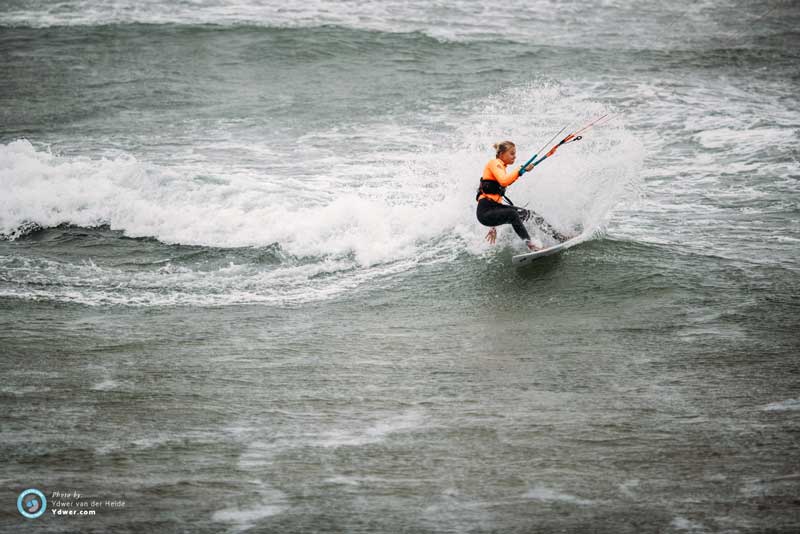 Catha squeezes the swell for all its worth / Photo: Ydwer van der Heide

However, when the heat finally got underway JC was firing from the off linking up four turns on her first wave. She kept up the pace and was steadily stacking up the points while Jen found herself way down in the righthand corner of the contest area for much of the heat with fewer waves to work with.

Results for that heat coming up tomorrow! 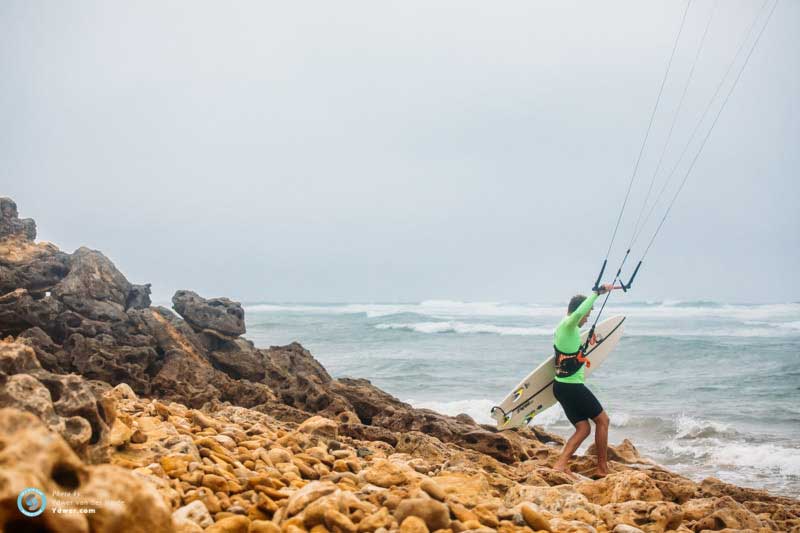 The wind was now more onshore but holding steady with most riders opting for 11 to 12 metre kites as the swell continued to build. Some heavy sets were cropping up out the back with a few double overhead sets rolling in on the far left of the competition area and Aussie wildcards Jared Snow and Beau Pilgrim made a beeline towards them during their heats to take the wins and progress through to round two.

In round one’s opening heat Jan Marcos Riveras beat fellow Tarifa local Laurens Meyer Kittels with a flowing but powered backhand display before Keahi de Aboitiz took on Roderick Pijls in the best heat of the day. Roderick is a solid contender in the waves and he’s spend much of this year in Indo training but Keahi showed his true class from the start. He stuck a tweaked toeside aerial straight into a toeside air reverse before, on his last wave as the buzzer sounded, he managed to link up a tailslide into a roundhouse and then a super-clean air reverse to finish up. He earned himself an 8.1 for that wave and he was through to round three. 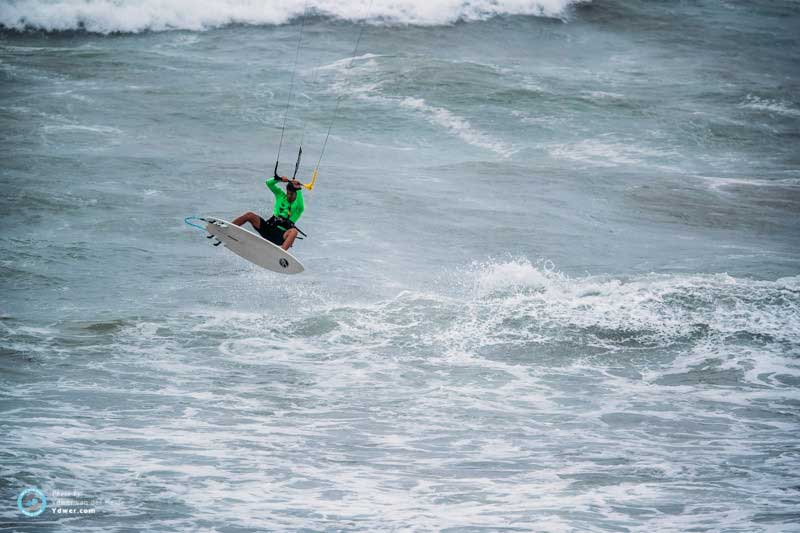 Next up, Reece Myerscough went up against Pedro Matos and he showed how much he’s progressed in the surf this year with an arcing backside turn into a fluid toeside aerial back onto the wave’s face. Pedro took the heat though with a beautifully laid back wave 360 and a stylish toeside indy grab before Matchu Lopes hit the water to take on local rider Jarrod Snow. 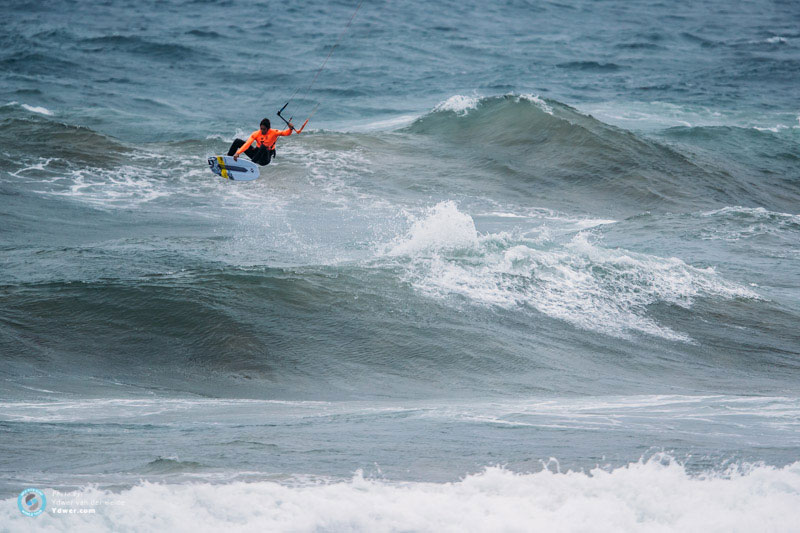 Both Matchu and Jarrod were struggling in the now faltering winds, but Jarrod was making it hard for Matchu by sticking on the inside and linking up cutback after cutback to the left of Danger Point. Matchu had to get creative looking for points and they weren’t easy to find as the wind began to drop. 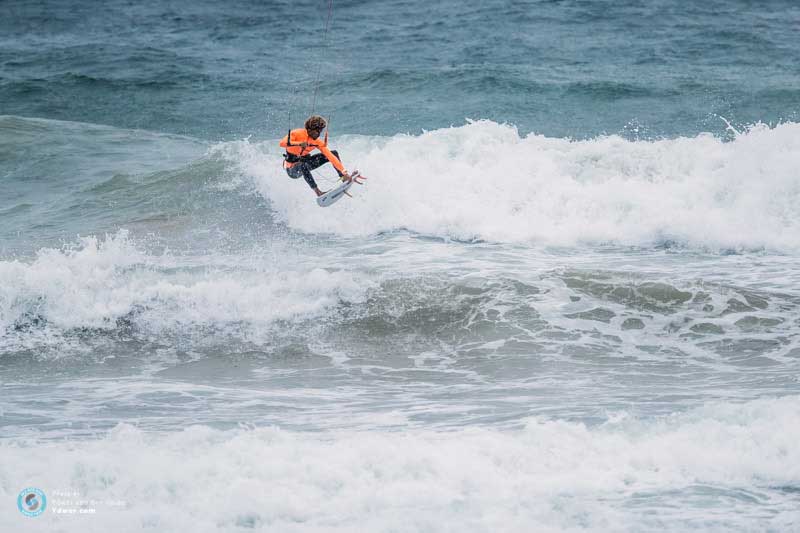 As conditions deteriorated further the heat was cancelled and the decision was then made to call a halt to men’s round two. So now it’s all about tomorrow with a 05:00 AM start coming up so that the riders’ll be ready to hit it hard at first light.

The plan is to finish off the men’s single eliminations and then if the conditions allow it’ll be onto the double eliminations as we push towards crowning our KSWT Torquay winners and the 2018 KSWT World Champions!