Today was very nearly the first day in three years that the GKA has been staged at Sotavento in Fuerteventura that the organisation didn’t run some kind of action. We said ‘nearly’…

However, that’s without explaining that all morning had been 25 knots, but just after the Big Air round one riders took to the water at 2pm, a freaky little wind system / full moon / high tide / hot Calima effect (yes, we discussed it for a while), came in, dropped the wind and switched it onshore.

Click an image to enlarge the galleries, here and further below…

90 minutes later, the flags were cross off-shore again and Sotavento was back up to scratch and pulling in the standard wind stats.

After the climax to yesterday’s main event GKA Kite-Surf Tour round five, when we have the luxury of finishing early with wind still in the pocket like this, the riders like to throw up a real spectacle for the crowd, usually in the form of a big air contest.

Judged 60% on absolute height, there are also another 40% of points available for what you do while you’re up there. In other words, judges aren’t just looking for straight airs, but the motivation is primarily to go as big as possible. 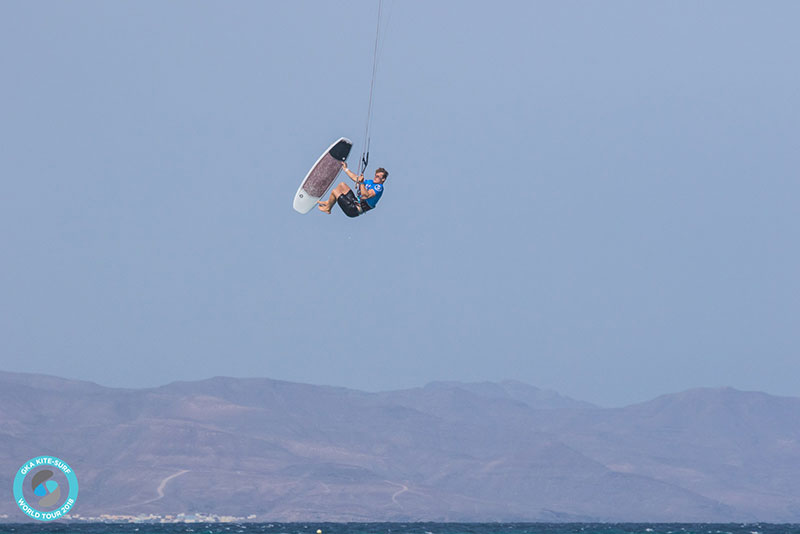 James Carew was certainly sending it!

One trick takes it and with no overall impression, wipeouts are many… causing hoots and hollers from the riders as well as the spectators.

It’s formats like this where real progression can potentially come. All riders go harder when encouraged by their friends, and even more so when there’s a crowd to impress. 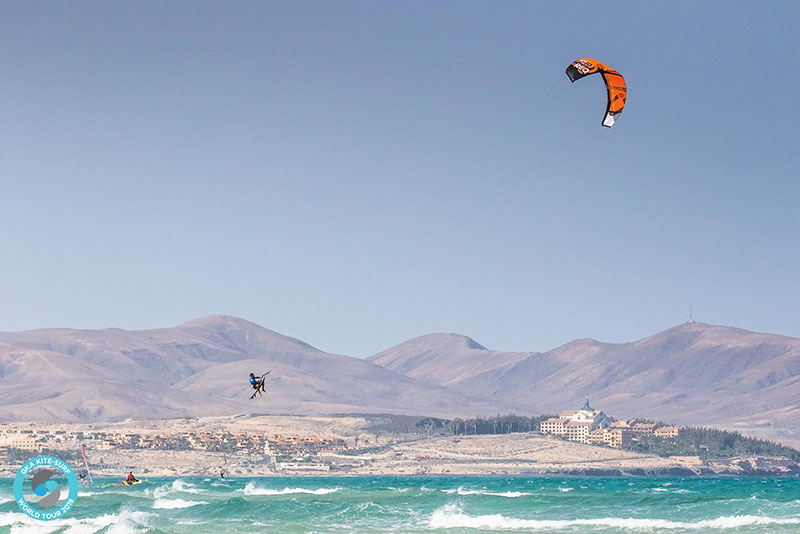 When the wind re-filled, the landscape cleared and Sotavento bared its beauty as Paulino added his own impression

The wind was fairly gusty when it first came back in after the drop, but James Carew and Paulino Pereira managed to lock in some big, beefy kite loops, Simon Joosten further compounded his reputation for style against Camille Delannoy.

Of course, at the end of a late afternoon session that completed round one of the Big Air contest, Airton Cozzolino once again closed out the show and any number of tricks could have been the best ‘big air’ move, but his massive back roll double tick-tack was the trick of the day.

16 riders registered for the big air contest, so in a dingle variation, the heats are mixed once more for round three when eight riders will be eliminated. Here’s how the ladder looked at the end of Monday: 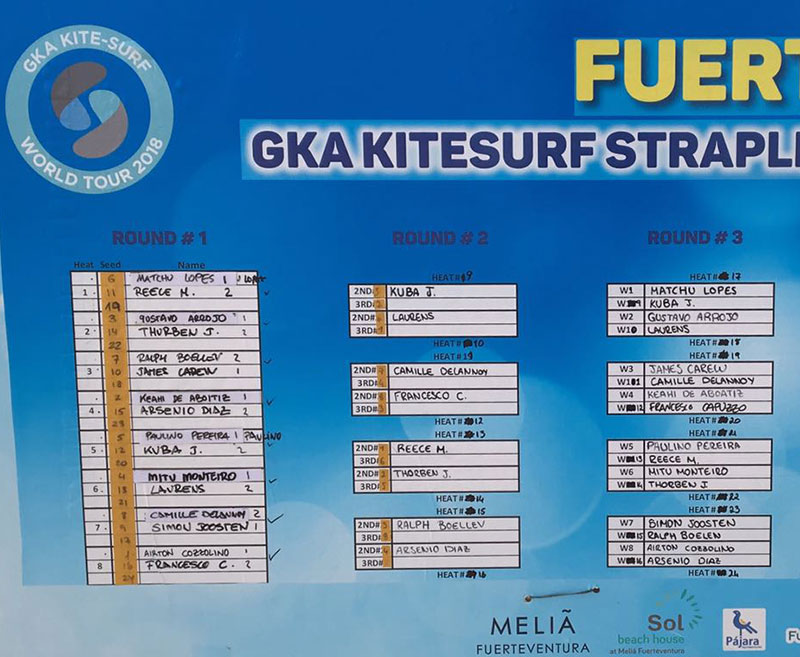 An alien landed at Sotavento on Sunday. Read more on that breaking news here…