It’s finals day here in Colombia! A quiet tension started to build as competitors began to feel the effects of three full days in the wind and sun. Here’s where the mental training of the athletes really began to come into play. You could feel the nervousness of some riders while others remained calm, cool and collected such as Carlos Mario (BRA). “I’m calm, I’m ready” said the Brazilian powerhouse.

Once again, the day began with the wind blowing and the judges were fired up to watch all of the action. Riders displayed a mix of quiet confidence (Coccoluto), and extreme focus (Chabloz) with the general attitude being–it’s time to go big or go home! “There are no jokes in the finals. It’s time to go full send.” – Rita Arnaus (ESP)

We started the day with the Men’s Semi-Final Rounds. The music was pumping and the competition area stacked with the world’s best freestyle kiteboarders. In Heat One, Gianmaria Coccoluto (ITA) competed against Manoel Soares (BRA), Maxime Chabloz (CHE) and Posito Martinez (DOM)–a mega-talented heat to say the least!

Coccoluto displayed tons of speed as he launched himself into the air, landing a grabbed slim chance 7, scoring 8.7–the highest score of the heat! Chabloz started off with a Seatbelt mobe 5 to display style and perfect execution for a high scoring 7.9, followed up with a gigantic 3.19.

Martinez went huge but couldn’t quite stick the landings he needed to advance. Maxime also bobbled a few landings and unfortunately did not score high enough to move on. The story of the heat was Manoel Soares, who doesn’t currently have a kite sponsor but nonetheless demonstrated perfect execution, smooth style and most importantly consistency! His first trick, a huge 319 on the inside, scored an 8.07! He followed that up with a backside 317, scoring 8.43, and a huge, clean slim chance 9.  “My only competition is myself.” -Manoel Soares said before the heat.

Heat two kicked off with Carlos Mario (BRA)  battling against Juan Rodriguez (COL), Guilherme Costa (BRA), and Valentin Rodriguez (COL). The heat started out at the top of the ladder with Costa, who landed a beautiful slim 7. Valentin was battling a stretched bicep from the day before and wasn’t quite able to keep it together on his landings. Mario and Rodriguez went back and forth as heat leaders. Carlos Mario rode with his usual power and amplitude, landing a 317, and double Heart Attack and his highest scoring trick, a Hinterberger 7, scoring a 7.57. Crowd favorite and Colombian rider Juan Rodriguez landed a beautiful double Hinterberger mobe 5, a clean 317 and finally a Slim Chance 7 for a total heat score of 29.70. Both Mario and Rodriguez moved on to the finals.

As the level got higher and higher, precise execution really mattered. The judges are always looking for maximum extension on the raley-based tricks, proper inversion on the roll-based tricks and on-axis rotations. Competitors must also display smooth pop, amplitude, clean landings, good kite control and a full display of power to score the points necessary to win.

Next we moved into the Women’s Finals with Bruna Kajiya (BRA) taking on Rita Arnaus (ESP), Mikaili Sol (BRA)  and Estefania Rosa (BRA). Conditions were strong and the women were powered on 6-9meter kites.The heat started with Estefania Rosa landing a solid 313 and Hinterberger mobe. It was a close heat with Rita Arnaus landing a super clean Slim Chance scoring a 7.37 and backing it up with an S-bend to blind with an air pass. Veteran Bruna Kajiya laid down a solid heat with a Slim Chance followed up with a textbook Back Mobe and finally a Hinterberger mobe with her kite super low. She was the heat leader until Mikaili Sol managed to land her go-tricks including a colossal Slim Chance 5, 315 and Hinterberger Mobe 5–setting herself apart from the rest of the field with her huge air, technicality and style.

The Men’s Final was full of off the charts action! The crowd was fired up and the beach was packed. Gianmaria Coccoluto (ITA) v. Manoel Soares (BRA) v. Carlos Mario (BRA)  v. Juan Rodriguez (COL). It was a nail biter all the way to the end.

Colombian Juan Rodriguez was feeding off the crowd and laid down an incredible heat that demonstrated fluid riding, mixing power and style to claim 3rd position. In his final trick attempt of the heat, he needed an 8.8 to overtake Carlos Mario. He landed a super technical and clean backside 317 but didn’t quite get the score and ended in 3rd place. Carlos Mario looks like he’s back in top form and hungry for another title, riding without fear and throwing absolutely massive backside 317 scoring 7.9 to secure himself second place.

Gianmaria Coccoluto went huge! He landed a super technical 319 scoring a 8.37 and a slim chance 7 scoring a 9.20–the highest score of the heat! Unfortunately he couldn’t land a fourth trick and therefore ended in 4th place despite an otherwise killer performance.

This was Manoel Soares’ first GKA final and he showed up to play! Soares had smooth, clean landings and showed incredible kite control as he sent it to the moon, landing a powerful Slim Chance 7, 319, backside 317 and heart attack 5 for a total heat score of 30.14 and securing himself the win! 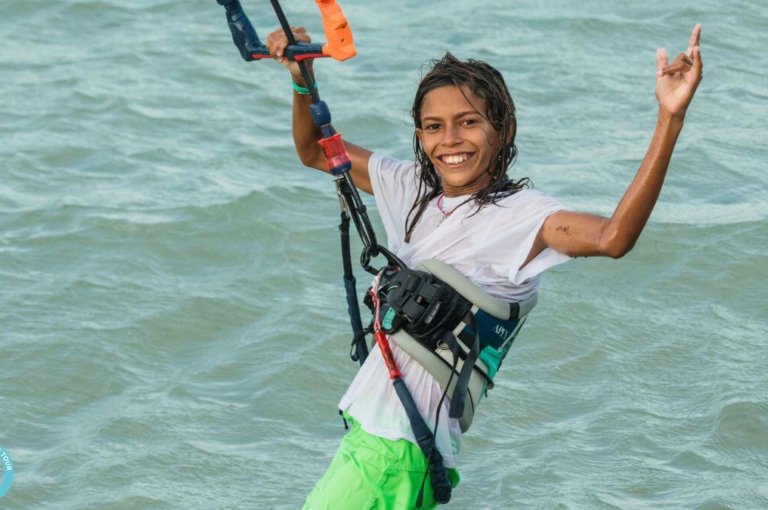 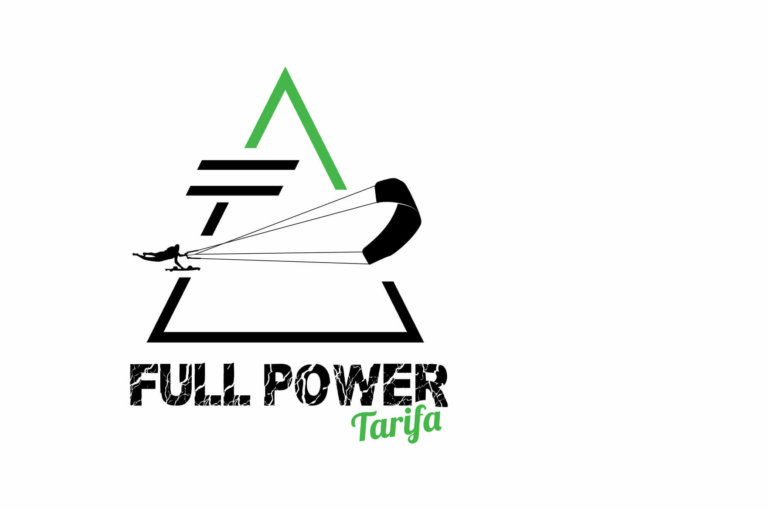 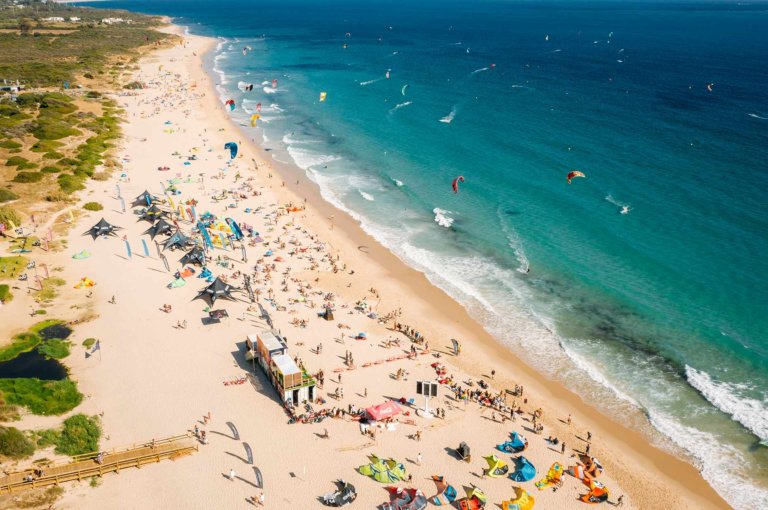