The women take the stage on day two

The first heats get underway at Thirteenth Beach 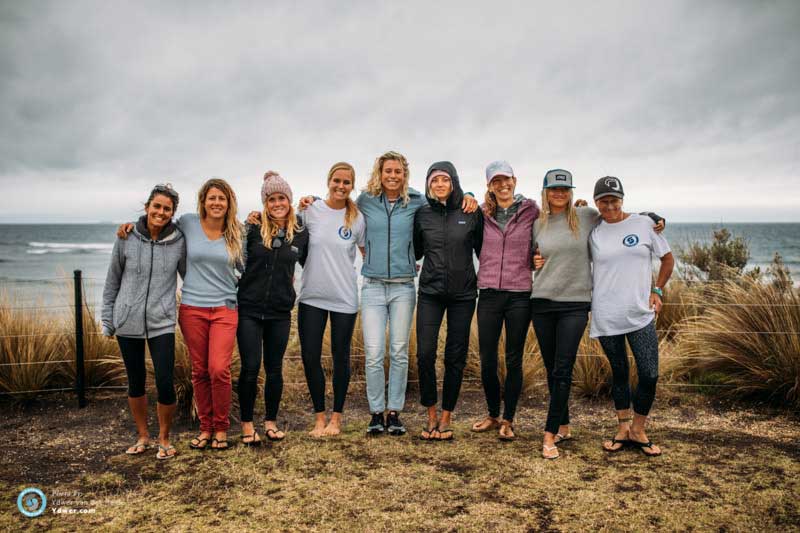 KSWT Race Director Juan Antonio Aragon was out scouring the coastline early this morning checking out the potential of some nearby beaches after today’s forecasts had suggested better conditions might be found at one of the many kite spots that dot the area around Torquay.

He struck gold at Thirteenth Beach, a popular spot among the local kiters where 20 knot side shore winds and a five foot swell were rolling in so the decision was made to move the comp there right after the morning riders briefing. 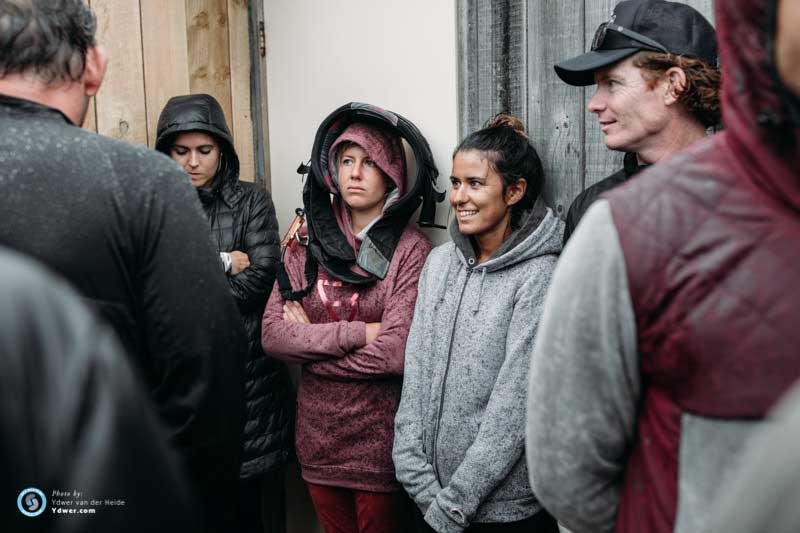 Competitors and crew jumped into the wagons and headed down there and then the women were up first for round one of the single eliminations. It was a gut check for the riders huddled behind the judges tower hiding from the driving rain coming in from the Southern Ocean but the AP flag went up and the first heats of the KSWT Torquay were on! 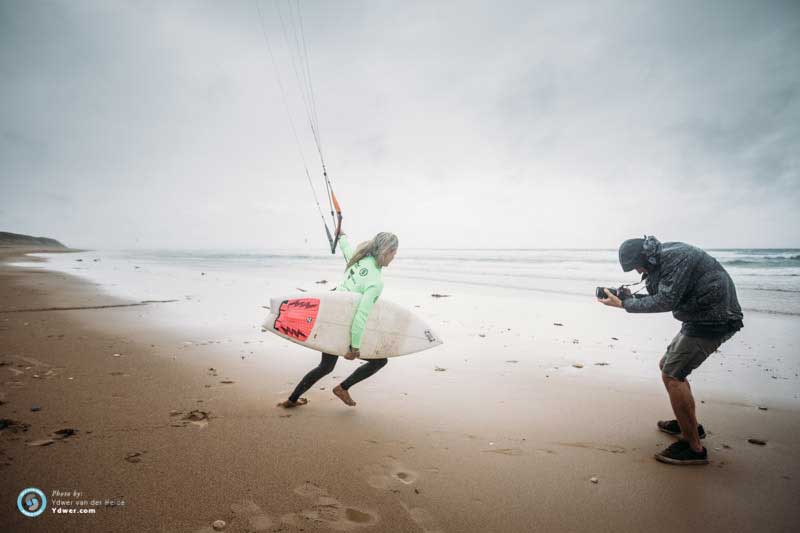 Australian rider Frances Kelly didn’t quite find her feet against fellow Aussie Anna Williams in the first heat and Anna took the win before heat two brought a surprising result for tour number three Charlotte Carpentier from France who was beaten by another Aussie, Jen Milton, who was riding in footstraps. 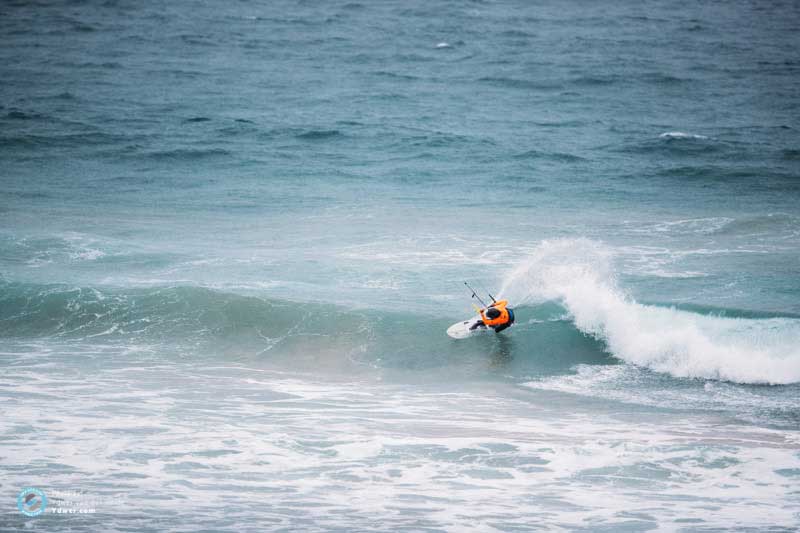 It’s very rare to see anyone riding straps at a KSWT event and it hasn’t happened at all in the last two years so it was interesting to see them making an appearance today.

Even though they’ve not been a popular choice among tour riders in the past, there’s nothing in the rulebook that bans their use and competitors are entitled to use them if they want to. While straps are allowed, the judges do take their use into account and if a rider is clearly relying on them just to ride a wave then that will be reflected in potentially lower scores. 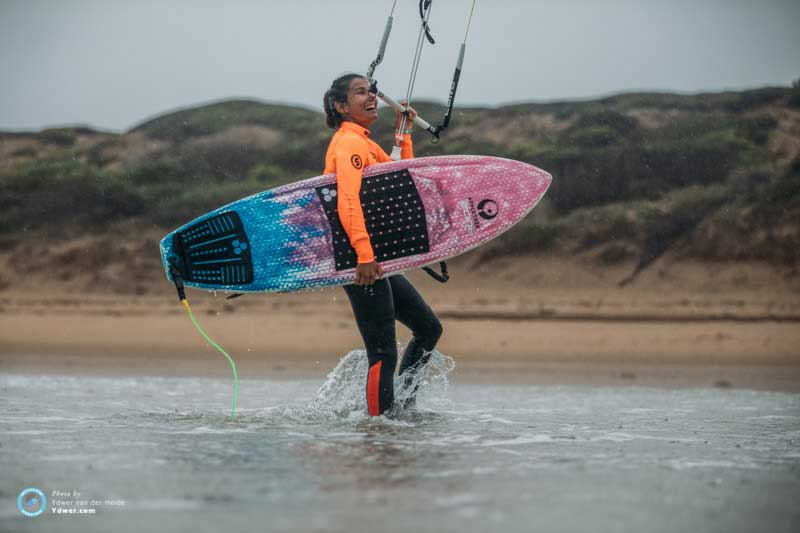 That said, their tactical use paid off for Jen and she was able to hold down a lot more power than Charlotte in the shifting winds and strong side shore rip managing some powerful hacks on the wave during their heat. It was a key example of how choosing your equipment carefully for the day’s conditions can give you an edge in competition.

After heat two, the rain intensified and the wind dropped causing a break in proceedings until the clouds cleared and the wind began to fill in again. Carla Herrera Oria was straight back out on the water warming up and she was getting upwind on steadily on her 12 metre. 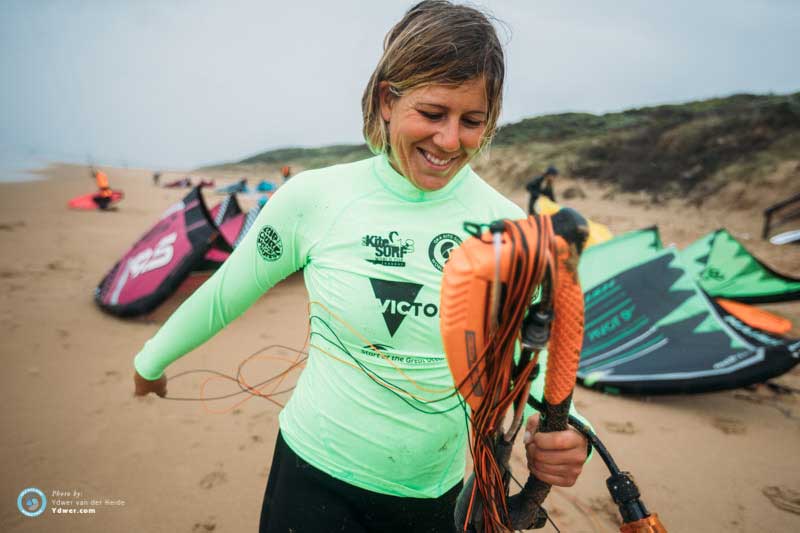 However, with a pushing tide and dead onshore winds to contend with the competitors and race crew knew it was going to be a struggle for any of the riders to compete without being pushed back on the beach after every wave. A brief spell of stronger wind pushed through long enough to start heat three but when it backed off again the decision was made to call a halt to proceedings for today. 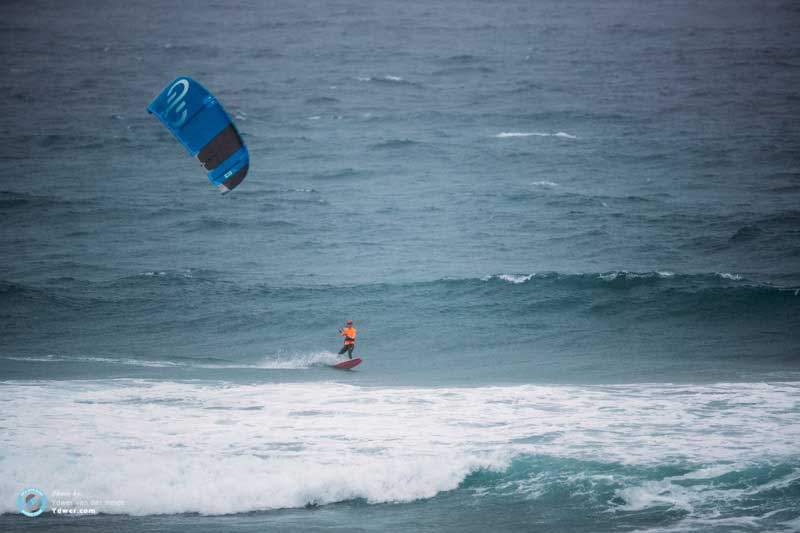 The focus now shifts to tomorrow with a steady looking southeasterly on the forecast and a 2.5 – 3.5 metre swell coming up. The riders will be on the beach at Point Danger at 05:30 am with a first possible start at 06:00 in a bid to make the most of the conditions!

SEE HOW THE 2018 RANKINGS LOOK AFTER SIX EVENTS

DAILY NEWS AND VIDEOS AT: