The Jeep Tarifa Pro 2018 is a six day contest combining both the Air Games and Kite-Surf World Tours and so far it’s been all about the late afternoon rush to capitalise on the peak Poniente thermals. The Poniente came in a little earlier today (Friday) and it was hoped that the organisers could crank through the remaining single elimination KSWT strapless freestyle heats, before moving onto the Air Games as the winds hit their peak.

If they weren’t already, after three years on tour, the strapless freestyle riders have grown to become natural showmen and the Tarifan crowd really appreciate how the riders respond to their calls.

Jan Marcos win! James Carew is such a brute and he man handles the chunkiest of kite loops, but Jan Marcos found an extra level of quality here.

Matchu win! Riding off the back of a first event win of 2018 the last time out in Portugal, Matchu is hard to stop when he hits full flow, which he looked like he was on his way towards in this heat. Relaxed, smooth, smiling, he breezed through to he semis.

Mitu win! But it was close. Mitu sensibly stacked his heat together and said afterwards that he likes to do just enough to make it through, not showing too many of his cards early on. A few big ones flew in this heat though, including a backside 3 from Mitu, with unhooked tricks being new to his repetoire for 2018.

Airton win! Airton really hit his stride in this heat… and how can you beat a man who has seemingly steel ankles and is totally unafraid of throwing his board back under his feet when coming in super hot and full steam. If you ever get a chance to see him ride, you’ll see that Airton is one of the most natural kitesurfers that the sport has ever seen. He’s at one with his machines.

Matchu win! Matchu was peppering the water with a flurry of steez when Jan Marcos Riveras suffered a savage landing on the inside and was forced to withdraw with ligament damage.

Airton win! Mitu was at his majestic best and although he saved his best performance of the contest so far for this heat, Airton could sniff four victories on the trot and an undefeated title for Tarifa this afternoon. Bam, bam, bam, he was in the final… but hadn’t yet managed to land this boogie loop rodeo which he’s been attempting this event. A King of the Air rider himself, beach MC Lewis Crathern was flabbergasted at what he saw being attempted twice! You know it’s coming… 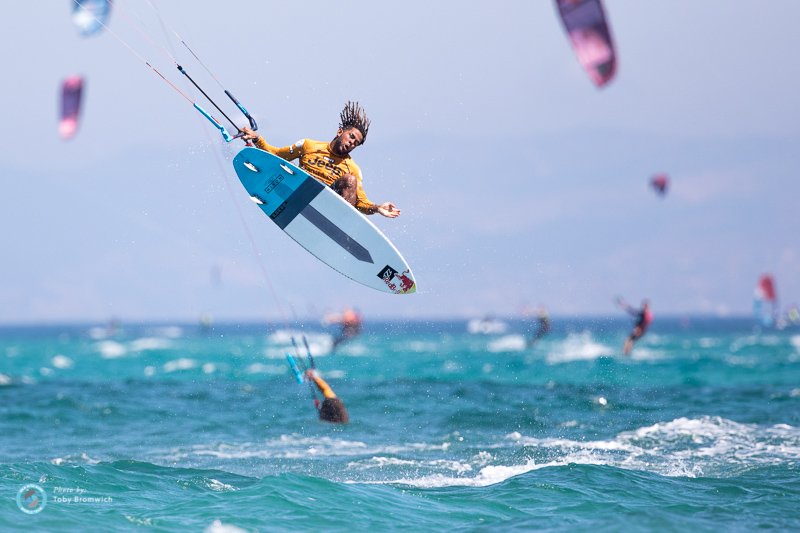 Airton Cozzolino, frontside 3 in the final gave him the nod

Airton win! Matchu acknowledged after the final that he was happy with his performance and did everything he hoped for in these lighter winds, but that Airton’s two, clean, powerful unhooked handle-passes sealed the deal.

‘Red flag up. End of the heat. Devastated!’ spluttered Lewis, who was witnessing these guys fully flow for the first time! 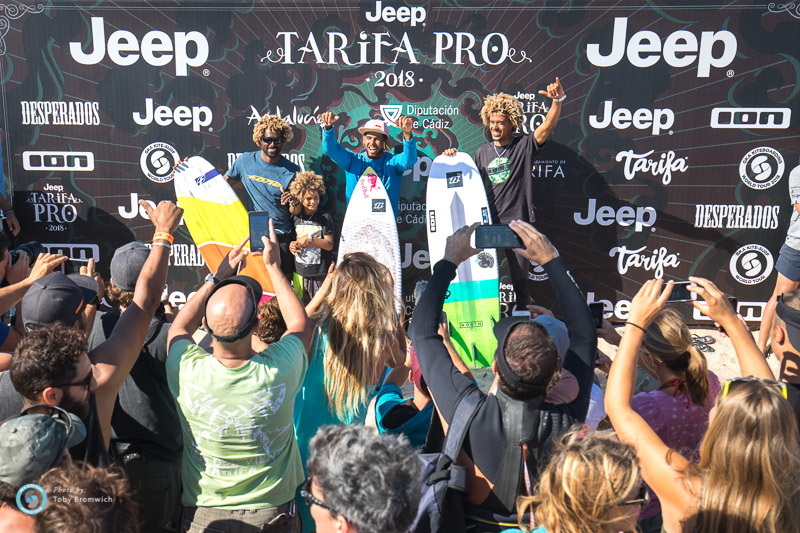 It has has been a long wait for the strapless freestyle women to get their heats underway. However, with just six girls signed up here in Tarifa as this is a very new discipline for women (and with tour leaders Moona Whyte and Jalou Langeree absent as they’re using this event as their discard because they specialise in waves), there’s an opportunity on this growing tour for women who love strapless riding to come and join the party!

The fervour of the KSWT strapless freestyle finals between Matchu Lopes and Airton Cozzolino was only just subsiding as the Air Games men hit the water to finish the last heat of round 3, in which Maxime Chabloz and Nicolas Delmas made it through a tight wakestyle oriented battle.

Jesse Richman overcame Valentin Rodrigues in the first Q-final before Posito Martinez displayed a perfect balance of board-offs kite loops and passes – the 2016 Big Air World Champion is really adapting to the format brilliantly! Sadly Liam Whaley was injured in the 3rd Q-final during an intense match-up with close rival Carlos Mario…

Just as the Air Games sparked to life, the dropping wind called time on proceedings. We wish Liam well, and also strapless riders Jan Marcos Riveras and Luis Brito who also picked up injuries today. More to come… as well as the daily action video.

The semi final line up almost complete, for the Men’s Air Games single elimination currently looks like this: 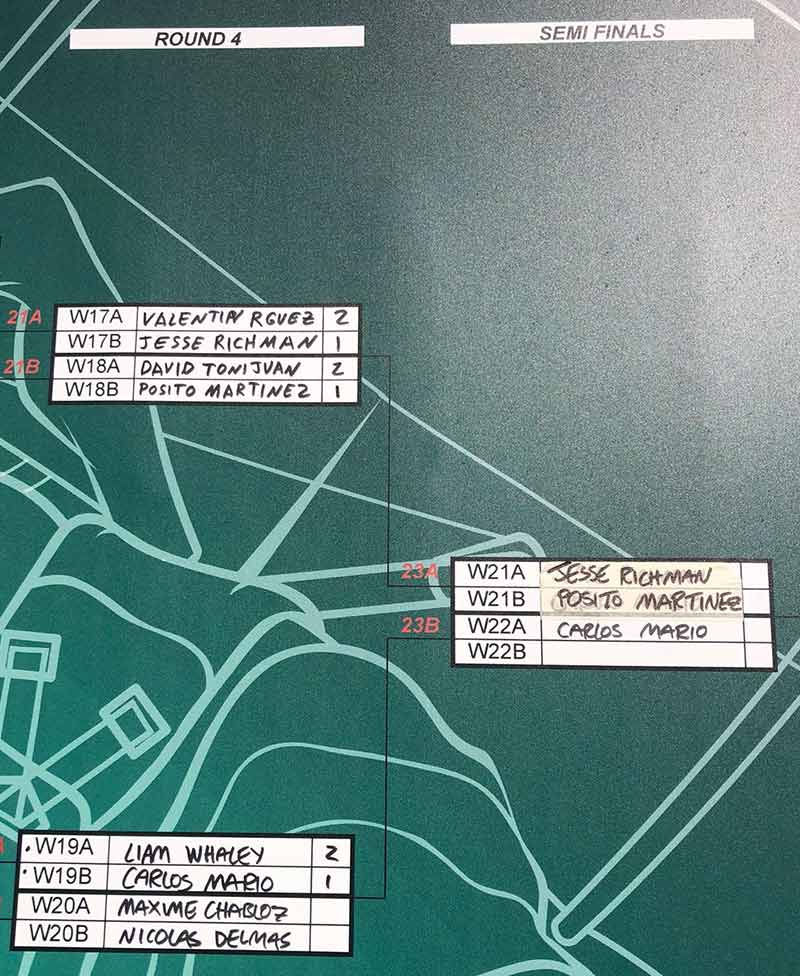