The Qatar Airways GKA Kite World Tour 2022 would start and finish in South America. The Freestyle discipline had got the ball rolling in Colombia, back in March

WOMEN
Making it into the first women’s Freestyle final of the season were, Brazilians Mikaili Sol, Bruna Kajiya and Estefania Rosa along with Spaniard Rita Arnaus.

It came down to the two Brazilians to fight it out. Although by the end Bruna didn’t have a single crash in her heat, Mikaili Sol once again managed to set herself apart with bigger airs, technicality and style to secure the event win.

“I know winning this really gave me more motivation to train for the following competitions we have this year. Yeah, had an awesome time here and I couldn’t ask for more.” Mikaili Sol, Women’s Colombia event winner

MEN
Making it to the men’s final were Italian Gianmaria Coccoluto, Brazilians Carlos Mario and Manoel Soares, and Colombian Juan Rodriguez.
Unfortunately, the pressure eventually told and the Italian ended up crashing four times in the final, Despite putting on a killer performance throughout the event, including landing the highest trick score for a three-one-nine, Coccoluto would leave Colombia ranked fourth.

“I’m happy in Colombia. It’s my first time here and I had a very good result. During the heat I managed to perform my tricks perfectly, I gave my best and managed to reach the highest step of the podium.” Manoel Soares (BRA) Men’s Colombia event winner

Located in the northwest of Saudi Arabia, lying across the Red Sea and opposite the more established kiteboarding hotspots in Egypt, the desert’s clockwork morning winds really delivered here with four stunning days of competition.

MEN
Throwing the first of their seven tricks in the final was Italian Gianmaria Coccoluto, who had so far put on an almost faultless performance. Not for the first time though was showing cracks in the final, suddenly aborting the rotation of his usually ultra-reliable front-blind-mobe on trick one.

Colombian Juan Rodriguez had looked near faultless all event, but he too couldn’t make a landing stick. Current champion, Arthur Guillebert, also produced a mixed bag of consistency in the final. One man looked unshakeable though, and a Brazilian hammer blow came halfway through the heat with a huge heart attack 7 from Manoel Soares.

Soares was overcome with emotion to make it two event wins from two this season that put him firmly in the driving seat to take the world title in Brazil in November.

“I’m very happy to have won this second stop. I’m going to prepare to give my best at Taíba and step once more on the top step of the podium. Let’s go Brazil!” Manoel Soares (BRA) Men’s Neom event winner

WOMEN
In the women’s final between two Spaniards and two Brazilians, things were tense.
Trick four had been key and it was the less experienced, Claudia Leon, who was looking the most in control, having eeked out a lead.

Of course reigning world champion, Mikaili Sol, would have another say in proceedings on her final trick, but she needed something very special. Landing a Hintermobe 5 the Brazilan finished just three-quarters of a point behind Leon, who took her first event win.

Claudia Leon’s consistency had prevailed against the odds.

“For sure my objective was to be on the podium, but I never imagined I would be first. I just did my best and competed against myself and that came out like a first position, so I will keep doing it!” Claudia Leon (ESP) Women’s Neom event winner

The Freestyle finals become one of the most hotly contested and high level events ever seen in kiteboarding. The perfect flat water and 18 – 22 knot conditions on Taiba lagoon served up a competition for the history books.

Brazilians Manoel Soares and Mikaili Sol were in the driving seats for the male and female titles respectively coming into the event. Having won both previous events this season, Manoel needed only to reach the semi-final stage for his first title, while Mikaili was looking for a top three finish to be assured of her sixth world championship.

Once the action began, however, it was clear that with every competitor able to perform to their maximum, anything could happen.

WOMEN
Mika Sol needed to finish no lower than third in Brazil to win her sixth world title. The 18-year-old proved unshakable on her quest, going higher, harder and with more physical potency than any other female kiteboarder once again.

Mika’s fourth pure freestyle world title, goes along with two big air world titles, to prove that she is the most complete female kiteboarder in the world.

MEN
Manoel Soares had made a shock exit from the competition in the quarter finals, opening up an opportunity for Gianmaria Coccoluto, but only an event win would bring Coccoluto the title. Once again, he opened the final with the same four tricks, landing them all with immense composure.

On trick six, Gianmaria let rip on the Tail Grab Front Blind Mobe 5 that he introduced to competition in earlier rounds at this event. A score of 9.43 lit up on the beach screen and everyone recognised the moment the Italian’s fate had turned. Like all heroic tales, there would be a final twist, though…

Gianmaria’s crash on his seventh and final trick attempt was pretty much his only mistake of the entire event.

It all came down to Chabloz’ last trick.

A Freeride Ski World Champion and needing a relatively humble score of 6.86 from his final trick to take the win, this was well within reach. Amped with emotion, Maxime rode across the shoreline, took off in front of the crowd and popped out a Grabbed Slim 7, but landed with his kite at an uncharacteristically high angle. Sure enough, he was docked points for that lack of power and flow.

His score of 6.50 appeared on the screen as he turned his head to the far shoreline and rode away.

“It’s like unreal. But yeah, it was in my head, in my heart since forever. So for myself I was already World Champion, but then I needed a place like this to show what I can do, and finally we had a competition in one of the best spots in the world, and I showed my talent and what I can do. That’s it. World Champion.” Gianmaria Coccoluto (ITA) Qatar Airways GKA Freestyle-Kite Men’s World Champion 2022

That’s it for the 2022 Qatar Airways GKA Kite World Tour season. 2023 will see the tour reach even further and we cannot wait to see you all for the first event of the season in January, over in Qatar – read more here. 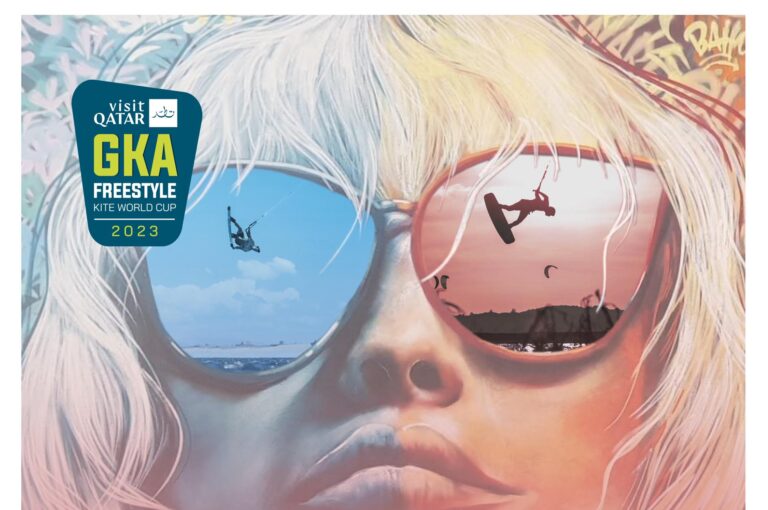 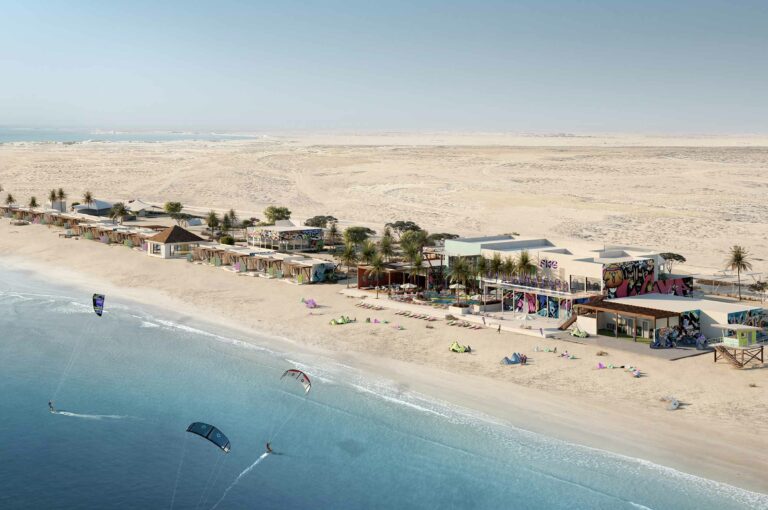 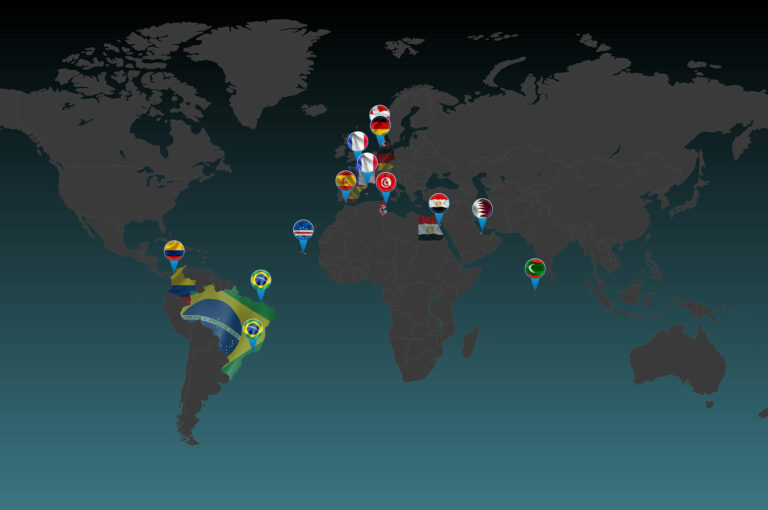