After almost two years of no competition, it has been great to have all the competitors back on the water sharing their stoke and pushing the limits of what is possible with a surfboard and a kite. In terms of the conditions, it was a week of two halves, with some hardcore wind and waves for the beginning of the competition, then with brighter and lighter conditions over the second half. It was perfect for the competition where we were able to finish the main event and crown the winners within the first two days and then had a chance to kick back and follow up with some expression sessions. On the last day of the event, we held the official prize-giving and everyone was in high spirits and able to let their hair down after a great week of riding.

So, as the event winds down, and having not seen a lot of these riders in action for a while, what did we learn from the event here in Sylt?

There were certainly a few unexpected turns at this event with one, in particular, being former world champion Airton Cozzolino (ITA) being knocked out in the semi-finals by young gun Brazilian, Pedro Matos (BRA). Airton is one of the most decorated riders we have on the tour, with four world titles under his belt, so it was a shock for the esteemed rider and a sign of how hard the new guard of wave riders are pushing. Will we find that, as in the surfing world, the Brazilian riders will be the ones to watch over the next few events? It will certainly be interesting to see how Airton comes back in Denmark.

Another upset in the men’s competition was veteran Matchu Lopes (SPA) being knocked out on the second day of the competition by the talented Canadian rider, Reece Myerscough (CAN). Reece put on a remarkable performance here in Sylt and continues to evolve into one of the most complete riders on tour, with super-solid riding in both the surf and the strapless games.

However, it was the performances of the two winners which have undoubtedly stolen the show in Sylt. James Carew (AUS) stood out above the other male competitors and was the only rider to score over 30 points in all of his heats. We are looking forward to seeing where James goes from here and what else he can add to his repertoire for the next event.

In the women’s division, fifteen-year-old Capucine Delannoy (FRE) made those signature double front rolls look too easy, and her entire performance was well-rounded and showed a mature attitude to competition beyond her years. It is great to see such a young female rider pushing the limits of strapless freestyle into a whole other stratosphere.

Due to the pandemic, many events got cancelled last year, meaning we could not crown our champions for 2020 and have an overall result. The judges have therefore decided to combine the results from both years. If all goes to plan and the pandemic does not interfere, then there will be two more GKA Kite-Surf World Cup events; the next event being in Denmark in two weeks and after that Morocco.

Next up, the GKA Kite World Tour is excited to be hosting the next event in Hvide Sande, Denmark. Hvide Sande is located in the middle of a narrow headland on the Holmsland Klit which separates the North Sea and Ringköbing Fjord. The event will take place at “south mole”, a breakwater that produces what is regarded as a legendary wave in the region, with clean waves coming through on days with a northwest wind. The GKA Kite-Surf World Cup Hvide Sande will be a part of Waterz Festival – a multi-water sports festival that attracts spectators from all around the region, and we’re stoked to be showcasing the best wave riders in the world at the event.  The event will be between the 6th -11th of September so make sure to stay tuned as lots of action will be coming your way! You can find out more about the event on our website.

On Sunday afternoon, we crowned the Hydrofoil ...

The great part about the Kite Hydrofoil is that ...

For this final day at @superfoilbrasil we have the... 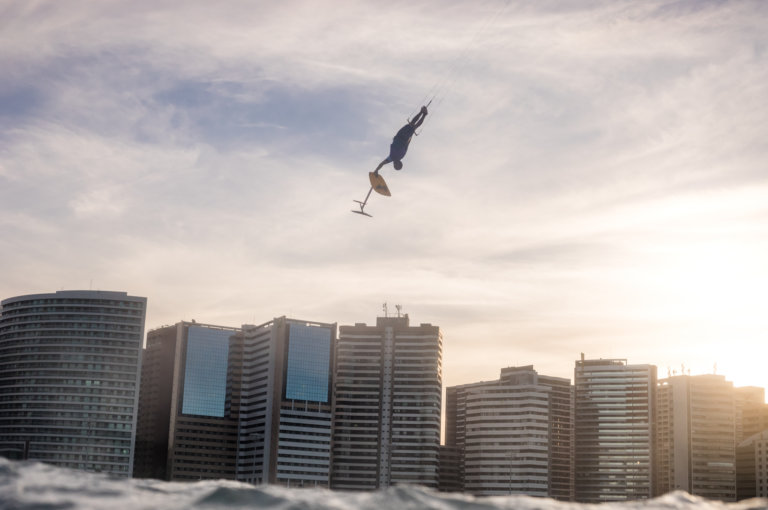 It was another perfect day for the GKA Hydrofoil World Cup in Fortaleza, as the wind was pumping at 20-22 knots and the top hydrofoilers in the World were ready to put on a show for the completion of this competition. 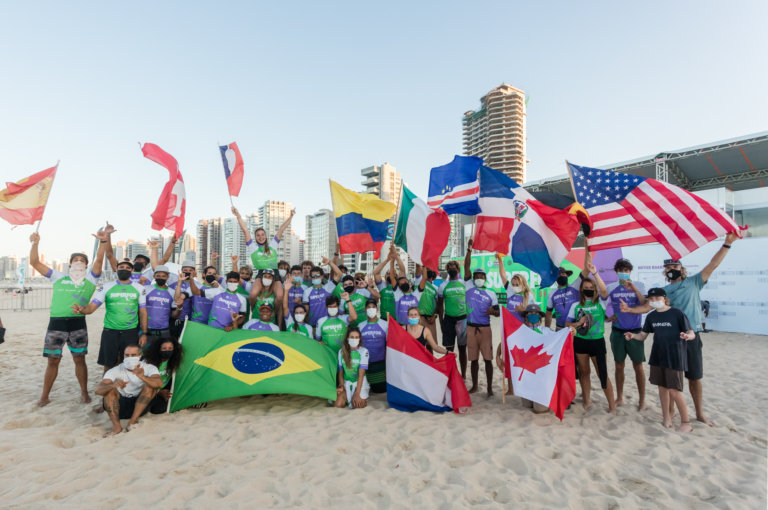 GKA Hydrofoil World Cup Fortaleza returns for the second consecutive year, as the top hydrofoil freestyle riders have gathered for this event here on the shores of Ceara’s capital city.