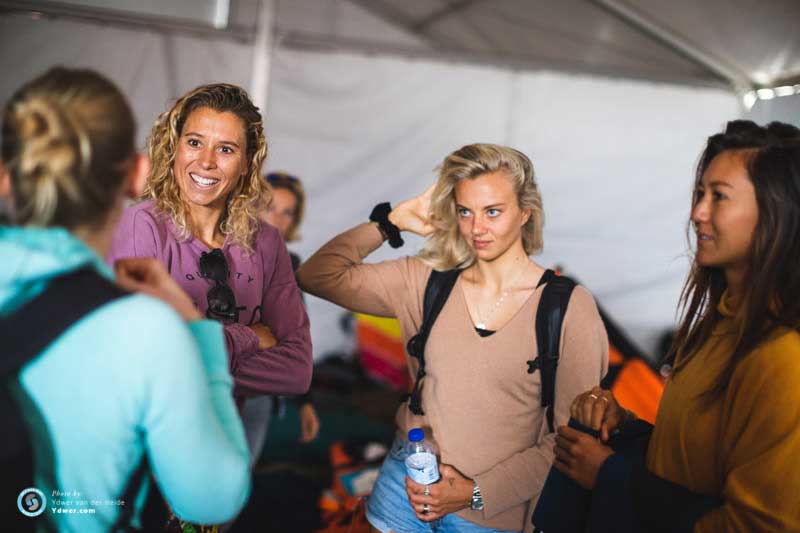 Jalou Langeree, Johanna-Catarina Edin, Moona Whyte and Evelien Bolle all faced off against each other on last year’s KSWT at the final tour stop in Mauritius. This event will be the first time they’ve all competed together this season / Photo: Ydwer van der Heide

So the wind kept the riders and crew waiting once again today here at the KSWT Portugal. It had looked promising at this morning’s skippers meeting which prompted a flurry of activity as the riders rigged up for a possible start to men’s round one but the wind backed off as the rain came in and it never quite reached the required strength as the day wore on. 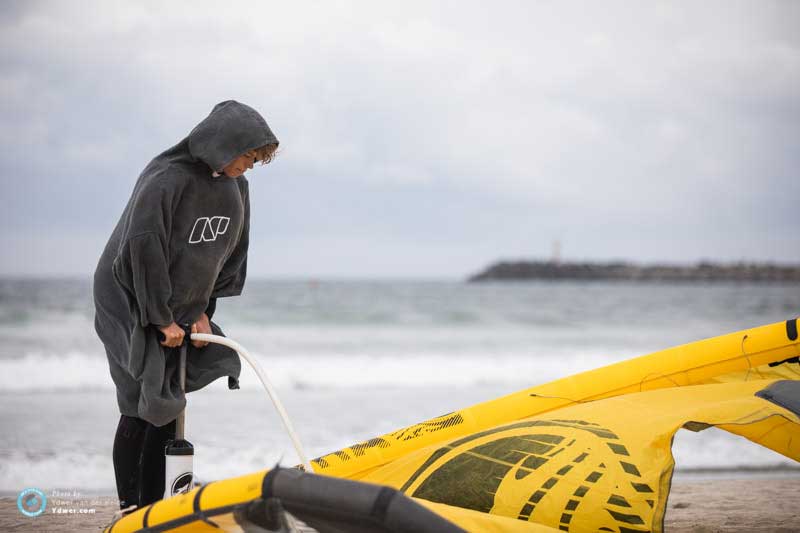 It’s great seeing Theo Demanez back on the tour. He suffered a ruptured spleen earlier this year after a bad crash to the ribs which caused him to miss the last two events but he’ll be hoping to make up for lost time here in Viana do Castelo! / Photo: Ydwer van der Heide

However, nobody was about to waste the day and so the riders used the time to fine tune their gear, do some light wind flying on the beach and go foiling as well. It was also a great opportunity for some of them to explain how they choose their gear for different conditions and strapless freestyle and wave events. 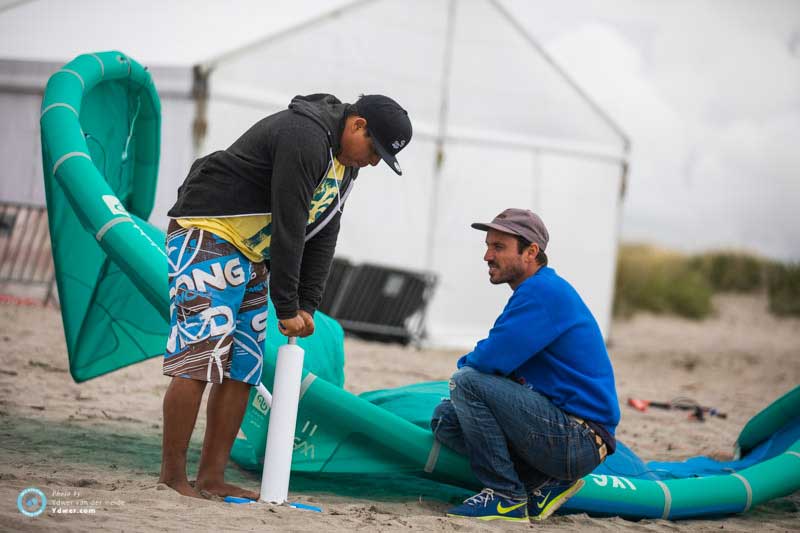 Rafael Costa Souza getting pumped. This is his first event on the GKA KSWT and, while he’s a relatively unknown rider, he’s got a strong strapless freestyle level. Let’s see what he can pull out of the bag when the wind kicks in / Photo: Ydwer van der Heide

In the video below, Ocean Rodeo team rider Reece Myerscough takes us through the quiver he’s carrying on this year’s KSWT.

The judges also seized the opportunity to take a fresh look at the tools of their own trade, revisiting footage from previous events and discussing judging criteria. As the level of riding seen at KSWT events continues to evolve, and talented new riders continue to emerge, it’s key for the race crew to revisit the judging process from time to time and today was ideal for that. 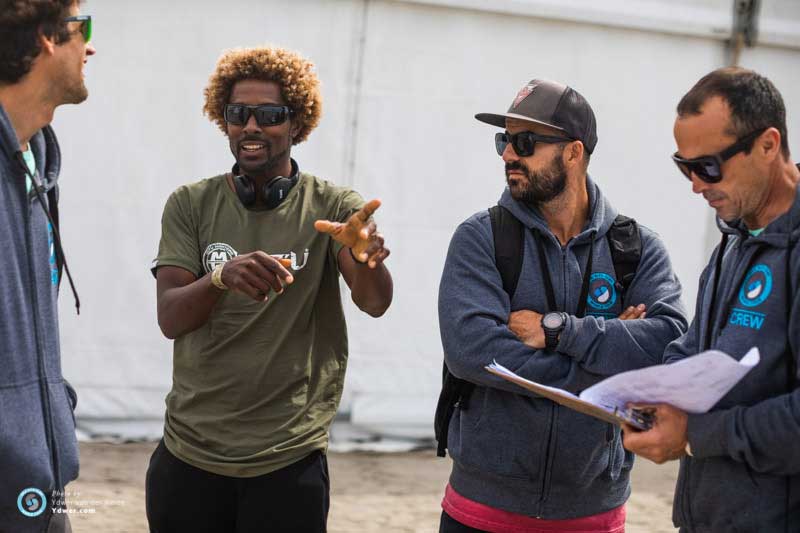 Tour legend Mitu Monteiro catches up with the judges. There aren’t many strapless riders who’ve seen more competitive heats in their careers than this guy! / Photo: Ydwer van der Heide

After the event wrapped up for the afternoon, some of the riders suited up for a surf while others headed up to the awesome indoor pump track that sits under the hotel at Feel Viana. Turns out Tony Cili’s an absolute shredder on a skateboard! 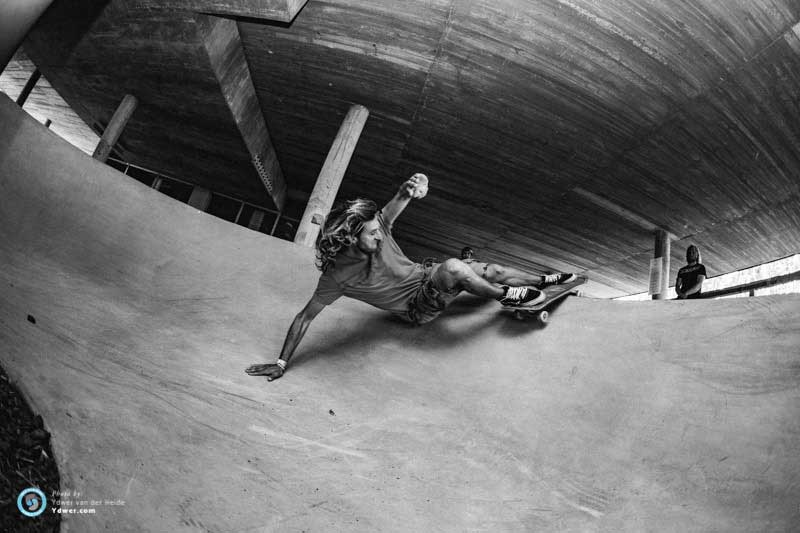 Tony Cili – a charger on the water and on wheels / Photo: Ydwer van der Heide

The forecast looks much improved across the coming days so let’s see how things play out when the riders hit the beach for tomorrow’s skippers meeting.